Israeli swimmers finish 5th and 6th in 50m back

Barnea finished two-hundredths of a second behind Kopelev. 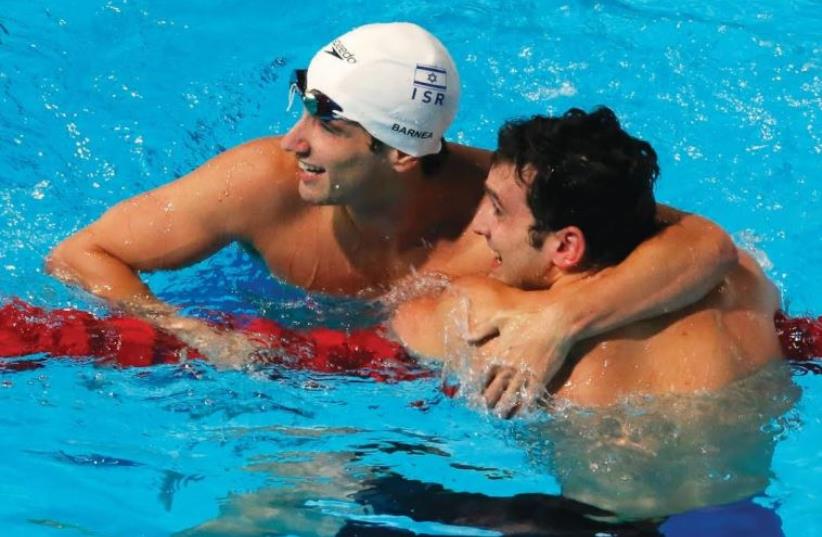 Guy Barnea (left) with Jonatan Kopelev
(photo credit: REUTERS)
Advertisement
Jonatan Kopelev and Guy Barnea couldn’t repeat their heroics from four years ago at the European Swimming Championships on Thursday, ending the 50-meter backstroke final in London in fifth and sixth places, respectively.Kopelev clocked a time of 25.00 seconds, 14 hundredths of a second behind bronze medalist Grigory Tarasevich of Russia.Barnea finished two-hundredths of a second behind Kopelev.Camille Lacourt of France won the gold in 24.77s.Four years ago, Kopelev won the gold medal in the 50m back at the European Championships in Debrecen, Hungary, while Barnea took the bronze. Both Barnea and Kopelev have yet to book their places in Rio after coming up short in the 100m back in London earlier in the week.The 50m backstroke is not an Olympic event and therefore their best chance to compete in Rio is by setting the qualifying time in the 100m back.