The 25-year-old became the 30th Israeli to book her spot in Brazil after winning the World Qualification Tournament in Ulaanbaatar, Mongolia. 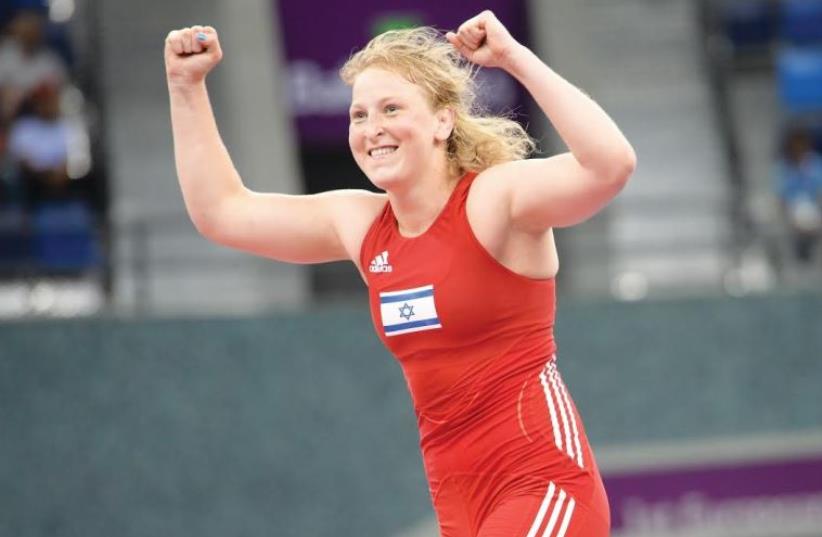 Ilana Kratysh
(photo credit: OLYMPIC COMMITTEE OF ISRAEL)
Advertisement
Ilana Kratysh will be the first-ever Israeli woman to compete in the wrestling events at the Olympic Games after securing her place in Rio on Saturday.The 25-year-old became the 30th Israeli to book her spot in Brazil after winning the World Qualification Tournament in Ulaanbaatar, Mongolia.Kratysh, a four-time European Championships silver medalist in the under-69 kilogram event, suffered a surprise defeat in the first round of the European Qualification Tournament just last week. But she bounced back in impressive fashion in Mongolia, beating Maria Acosta of Venezuela 5-0 in the final.Meanwhile, Israel’s top badminton player Misha Zilberman is set to secure his qualification for Rio when the Olympic qualification rankings are released on May 5.Zilberman climbed up to No. 25 in the Olympic rankings following his bronze medal triumph at the Peru International last weekend, and with several of his rivals slipping up over the weekend, he is all but certain to remain among the top 34 in the rankings who will play in Brazil.“I have set the criteria for Rio,” Zilberman wrote on his Facebook page. “Considering that some players, who could have in theory leapfrogged me, didn’t manage to pick up enough ranking points this weekend, I can drop no more than 3-4 places in the rankings.”