State Comptroller: IDF not fully aware of the needs of lone soldiers

The IDF and the Defense Ministry have begun to correct some of the failings raised in the report. 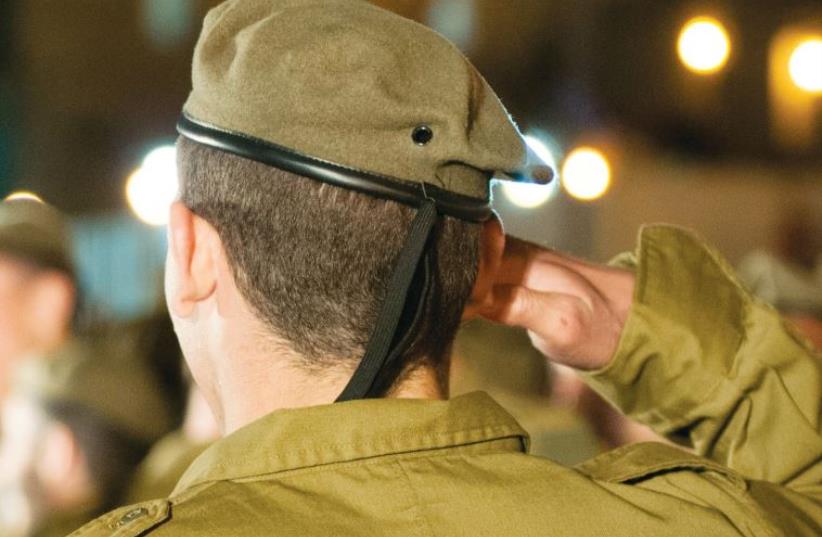 A SWEARING-in ceremony for new recruits of the Paratroopers Brigade
(photo credit: IDF SPOKESMAN’S UNIT)
Advertisement
The IDF has not fully examined the needs of lone soldiers – both those who come from abroad and those born in Israel who have no family ties, the annual State Comptroller’s Report released on Wednesday has found.According to the report, at the time of the start of the audit in November 2016, approximately 6,500 lone soldiers had served in the IDF – about 54% of whom are from abroad and the other 46% are Israelis who have no connection to their family.Between October 2016 and July 2017, the State Comptroller’s Office examined several aspects related to the treatment of lone soldiers during their military service and after their discharge from the IDF. In the framework of the audit, meetings were held with representatives of nonprofit organizations and other organizations that assist lone soldiers during their military service and after their release from the IDF.A questionnaire was also distributed with the help of the IDF and was answered by 893 soldiers.While the State Comptroller’s Report acknowledged that the IDF and the Defense Ministry have already started correcting some of the failings raised in the report, the criticism raised several shortcomings relating to the treatment of lone soldiers during their service.According to the report, there were major deficiencies in terms of housing solutions, donations to the IDF for lone soldiers, ties between the IDF and nonprofit organizations, and the assistance given to the lone soldiers following their release from the military.
During their service, lone soldiers are entitled to assistance from the state, including monthly living stipends, discounts on electricity bills, exemption from municipal taxes, rental assistance or lodging provided by the Soldier’s Welfare Association (Aguda Lema’an Hachayal) and extra financial support for combat soldiers.Once they complete their military service, lone soldiers receive NIS 12,000 over the course of one year from the army, the option to live for three months in a Beit Hachayal (Soldier’s House) and preparation and financial help to complete their matriculation and psychometric exams.According to the report, most lone soldiers prefer to receive rental subsidies instead of living in housing provided by the IDF. And the gap between the individual’s housing preferences and what is provided by the army has led to the entry of nonprofit organizations to this area, which can provide lone soldiers with housing solutions that better meet their needs.During their time in the IDF, the status of lone soldiers is the same for both those from abroad and those without family but according to the report, the benefits given by organizations outside the IDF to those lone soldiers without family are significantly less than those given to lone soldiers from abroad.The state comptroller recommended that the IDF examine the needs of these soldiers, especially those without family ties and examine the possibility of providing them with unique benefits that best meet their needs.“After their release from the military service, Israeli society faces a national mission to facilitate the integration of these lone soldiers into the civilian sphere. It is therefore appropriate that interministerial national staff work, led by the director-general of the Defense Ministry, be held in order to advance a strategic plan aimed at absorbing lone soldiers in society after their release,” the report read.
The report found these extra, tailored benefits given to lone soldiers, which would bridge the gap between what is given to them by the IDF and their actual needs, would be a win-win situation for everyone.