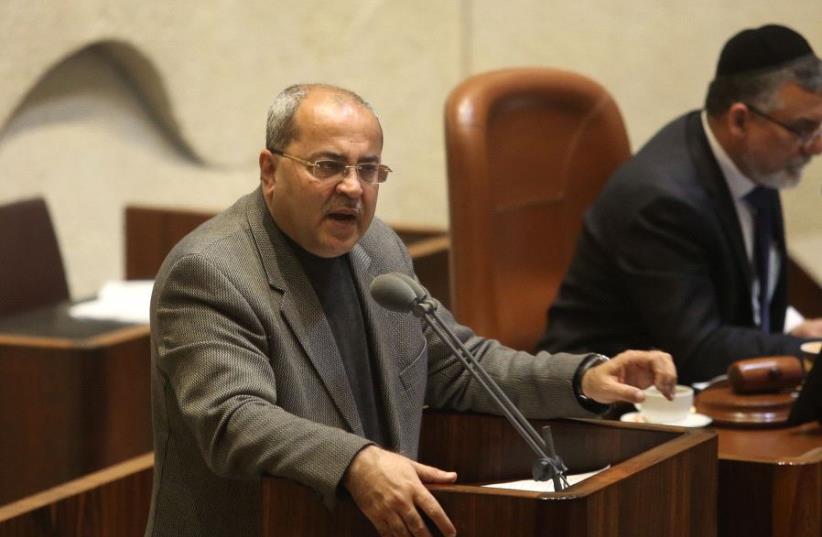 There are five reasons he did it now:1. We are ahead of elections, and he will be competing with Bayit Yehudi leader Naftali Bennett for votes, so it helps him to make the Arabs the sacrificial lamb.2. He has support from the White House to do what he is doing from the three musketeers, Jared Kushner, Jason Greenblatt and Daniel Friedman, who are closest ideologically to Bayit Yehudi or the right end of Likud. That is why there has been no criticism from the White House. That silence means agreement. And even before the law passed, Greenblatt asked the Palestinians to recognize Israel as the nation-state of the Jewish people.3. The Right’s rise in Europe – Netanyahu’s friends in Hungary and Poland who have similar neo-fascist laws.4. The weakness of the Arab world that is fighting each other, and the split among the Palestinians, which weakens them.5. Netanyahu reads the views in Israel, which are more right-wing and extremist than ever. Racism has become mainstream in Israel, including in the political system.
There has been criticism of Abbas by your Joint List colleague, Haneen Zoabi, on how he has handled the deal Israel is reaching with Hamas about Gaza. Do you also have criticism of Abbas?I don’t want to address her. The split between Fatah and Hamas harms the Palestinian people. Mistakes are being made by all sides. I want there to be elections among the Palestinians to end the split, because the talk of reconciliation between Fatah and Hamas is taking too long.Abbas is doing wonderful diplomatic work, and I appreciate his courage in rejecting Trump and his associates and saying no to “the ultimate deal.” It’s not a deal. It’s an attempt to dictate, to destroy the Palestinian national cause.
But aren’t friends of the Palestinians telling them that they made a mistake by not accepting the offer then-prime minister Ehud Olmert made 10 years ago, and rejecting a deal now could be another mistake?The proposals of Olmert were indeed the most far-reaching ever, but they still weren’t the minimum a Palestinian leader could accept.  The Old City was internationalized in his offer, not Palestinian. So Abbas asked for more time. It was wrong to negotiate with Olmert when he was a lame duck. But even Olmert said Abbas didn’t say no.If Netanyahu puts forth a proposal for ending the occupation on the 1967 lines, with east Jerusalem as its capital, Abbas will sign it. But the chance of Netanyahu doing that are the same chance as him endorsing Naftali Bennett to be prime minister. If the Palestinians are not offered the minimum, it won’t be accepted. They won’t accept less than a full state on 1967 borders, which is a very painful compromise for Palestinians, because it is 22% of the Palestinian homeland.
Can there still be a Palestinian state, where they would receive at least what was offered by Olmert?The Palestinians have been through the Nakba, occupation and other disasters. All Palestinian ministers accept two states. Find one Israeli minister who backs a Palestinian state. When Netanyahu said he supported a Palestinian state, if he was connected to a polygraph, it would have exploded.Netanyahu is temporary, and so is Trump. But the Palestinian people will still be there and so will their narrative, and it will prevail. A nation cannot be beaten by the Nation-State Law or a cruel and hostile step to the Palestinian people like stopping funding to UNRWA.The prime minister has two options: one or two states. He picks neither, the status quo. Netanyahu destroyed the two-state solution. Trump, who in his press conference with Netanyahu did not seem to care whether there would be one or two states, is helping him kick at the corpse. Lately, we have heard Trump quoted saying that if there will be one state, its prime minister would be named Mohammed. He was confused. It would be Ahmad.
The Joint List released a statement blaming Netanyahu for the violence against Arabs on the beach last weekend. Isn’t that going too far?If the victims had been Jews, Netanyahu would have definitely said something about it. I have no doubt that Tourism Minister Yariv Levin calling the MKs in our faction traitors led to the attack. I expect violence to increase. And yes, Netanyahu is responsible.
Why are you not quitting the Knesset due to the Nation-State Law, when people have called for Arab MKs to resign?There were indeed such calls. Some said we should quit permanently. Some said quit and come back next term. Some said suspend yourselves for a month. Some said stay and fight.Resignation is a key democratic tool, and it must be used with the right timing. I don’t think this is the right case. If we got 16 and not 13 seats, if we really came in droves to vote as Netanyahu said we did, I don’t think Netanyahu would be prime minister, and the Nation-State Law wouldn’t have come to the world. We did stop the Muezzin law, which would have been protested more. I stopped it with [United Torah Judaism MK Moshe] Gafni and Shas. This is a success. It is important that there be elected representation for the sector.[Defense Minister Avigdor] Liberman raised the threshold to get rid of us from the Knesset. If we quit, he will dance, because he would have been given a gift. The real response to the Nation-State Law is to raise Arab voter turnout from 64% to 74%.
Do you think there are any positives that came out from the Nation-State Law, and the discussion surrounding it, at all?

We will work to cancel it in the next Knesset. But it could be a blessing in disguise. I present the law to diplomats and academics because it makes my work easier. Also, getting 55 votes versus 62 is an accomplishment. And the demonstrations with thousands of Jews coming together with the Druze and Arabs – that can be built on for the future. That is important, and this struggle will continue. We in the opposition disagree on many issues, but we agree that the Nation-State Law should be canceled, and we will win together against racism and discrimination.