This week in Jerusalem: Hands of destruction

A round-up of city affairs

By PEGGY CIDOR
Lupine Hill: About to be mowed over?
(photo credit: YONATAN SINDEL/FLASH90)
Advertisement

Despite thousands of objections and with no opponents allowed to express their opinions, the District Planning Commission approved the plan to build a police compound on the “Mitzpatel” at Armon Hanatziv. Area residents were joined by environmental activists and backed by the East Talpiot local council, yet sadly the decision was taken to approve the project. The Mitzpatel, “Jerusalem’s Lupine Hill,” is an urban nature landscape and heritage site, used throughout the year as a local meeting point and community activity spot.

The local council activists say that all year round the site is visited by thousands of people who come to enjoy the special lupine blooms and the beautiful view of the Old City, Temple Mount, Herodion, Dead Sea and Judean Desert.

Sources at Safra Square say it was decided following repeated requests from neighborhood residents to have a permanent police presence for security reasons – among others, their proximity to Arab neighborhoods. During the past five years, no fewer than five alternative construction sites in the area were submitted to the local planning and construction committee, but these were all rejected by Israel Police, which requested only the Lupine Hill location.

Deputy Mayor Yossi Havilio said hundreds of objections were submitted, including his own and from the Community Administration and the Society for the Protection of Nature in Israel (SPNI), and that there are thousands more Jerusalemites who support the struggle. “It is inconceivable that the discussion on the plan was held without the opportunity being given to make our claims. This struggle is just beginning. We will take it to the District Committee and the courts as well,” he said. Havilio said he believes that if the residents’ resistance is stubborn and long enough, it may delay the start of construction for many years.

Last week, the festive inauguration of the completely renovated Sacher Park took place after more than two years of extensive work. The upgrade to the city's largest park was carried out by the municipality, the Jerusalem Development Authority and Moriah. All existing paths were renovated, a 1,700-meter running path was added, lighting was upgraded and security cameras with a public address system and charging stations for phones were added, and in the near future, WiFi will also be available.

A 700-meter bicycle path was paved, which connects to the “Station to Station” bicycle path (from the Navon to Malha train stations), altogether about 3.5 km long. In addition, seating areas, street furniture and new fountains were installed, and an additional public toilet structure was built on the south side of the garden.

A large dog park with fountains has also been set up in the garden has been installed. In addition, 1.1 hectares (2.7 acres) of new lawns were planted with built-in irrigation systems. A sports complex, funded by Robert Kraft and family, was built in the northern part and includes a site for football/soccer, basketball and a skate park.

Move it to Pango 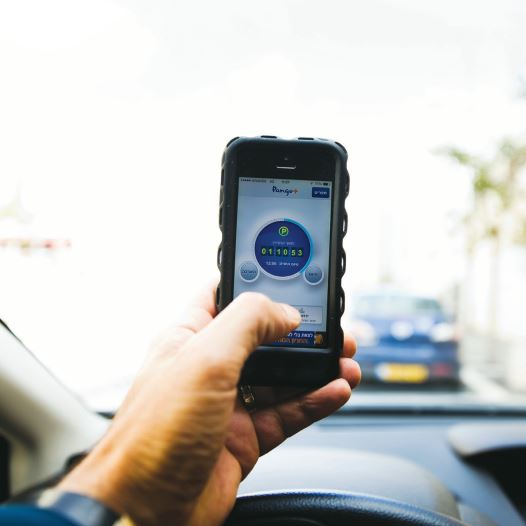 PANGO, an Israeli parking app, is seen on a smartphone in Jerusalem earlier this year. A band of young entrepreneurs, policy makers and investors are starting to change the Jerusalem ecosystem and bring it in line with Tel Aviv as a modern, hi-tech hub. (credit: REUTERS)

As of Tuesday, light rail passengers will be able to pay their fare with Moovit or Pango. The cost when paying via the app remains unchanged. The initiative was made possible by the collaboration of the Transportation Ministry’s Public Transport Payment Methods and transportation companies nationwide. A comprehensive mobility experience (Mobility as a Service) – information, travel planning and paying via one application – is now available on any mobile phone.

A recent declaration by Transportation Minister Merav Michaeli, that she is opposed to the cable car project, has given new hope to its opponents. Yonathan Mizrahi, executive director of left-wing NGO Emek Shaveh, which is strongly opposed to the project, claims that the transportation minister's position carries weight. Concerned about Michaeli’s statement, Mayor Moshe Lion sent a letter to Cabinet Secretary Shalom Shlomo, who replied: “The transportation minister’s position has no legal status because the cable car to the Western Wall has been approved by the government.”

The High Court of Justice discussed the cable car on November 28 but did not make a decision. As of now, the state has another 21 days to complete arguments, and then, petitioners will have 10 days, so that a decision will be made sometime early next year.

The cars will be suspended from cables held by 15 massive eight-story-high columns along its route, from the First Station complex to Mount Zion, passing over the Valley of Hinnom, along the Old City walls to the Kedem Compound, with a large visitors center the Ir David Foundation plans to build across the street from Dung Gate. The plan was promoted by the Tourism Ministry under the former government, which advanced it through the National Infrastructure Committee, a process that precludes public objection, in contrast to standard planning procedures.

A group of organizations opposing the cable car formed the Coalition for the Preservation of the Historic Basin, with SPNI; Adam Teva V’Din; the Israel Association of Architects and Urban Planners; the Israel Association of Landscape Architects; the Israel Tourist Guide Association; the Public Transportation Alliance; 15 Minutes; Karaite Judaism; the Arab Center for Alternative Planning; and Emek Shaveh joining. Moreover, 70 intellectuals, academics, archaeologists and architects signed a public statement against the plan, and 35 of the world’s leading architects have sent a letter to the government calling to halt the project that will dramatically harm the Old City Basin, which constitutes a heritage asset for all of humanity. Until the High Court decision, the municipality will not be permitted to cut down trees along the project route.

Residents of Abu Tor, Jewish and Arab, have gathered to fight the municipality decision to build a concert hall in place of their sports complex. The residents have signed a petition that accuses the municipality of robbing them of the only place for the community to gather. Although the municipality has pledged to find an alternative location for local sport, the residents are adamant that the project must be stopped. A major claim of the opponents is that this banquet or concert hall will not improve the neighborhood, and will only complicate the existing parking shortage already now in the neighborhood.