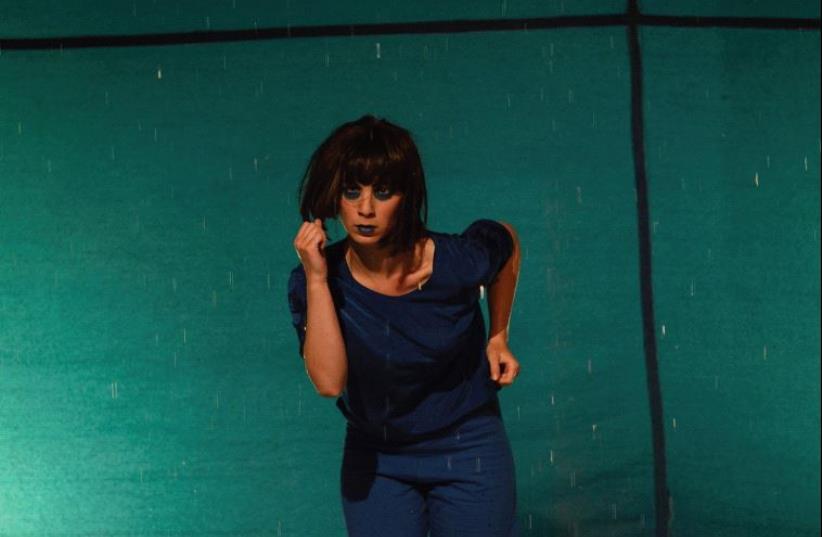 ‘Kisufim’ at Tmuna
(photo credit: URI RUBINSTEIN)
Advertisement
1. BACK IN THE SADDLEDirector Antoine Fuqua brings his vision to the remake of the 1960 classic western The Magnificent Seven. With the town of Rose Creek under the ruthless control of industrialist Bartholomew Bogue, the desperate townspeople employ protection from seven outlaws, bounty hunters, gamblers and hired gun. With Denzel Washington, Chris Pratt, Ethan Hawke, Peter Sarsgaard.Starts September 22 in movie theaters nationwide.
2. CALL OF THE WILD Taking its title from the 1992 Quentin Tarantino film, the exhibition “Reservoir Dogs” at the Tel Aviv Museum of Art examines the boundaries between dream and reality, animal and human and psychology and politics. Itay Marom’s video Dogs follows the nocturnal roaming of a pack of dogs surviving between the Jewish and Palestinian populations of Kiryat Arba and Hebron. The Wolf Tree, in various variations, was a central motif in Michal Na’aman’s work in the early 1990s, examining the drawing by a Freud patient of a dream about wolves sitting in a tree.Info: www.tamuseum.org.il
3. HAVE A COLD ONE Following in the footsteps of the Jerusalem Beer Festival, Tel Aviv is celebrating its own annual Beer Festival. At Hatachana, there will be a wide range of Israeli beers and premium international brands on offer. There will also be food stalls, as well as live music. NIS 70 includes five tastings.September 20 through 22. Info: www.hatachana.co.il
4. THE SOUNDS OF BAROQUE Acclaimed French harpsichordist and conductor Christophe Rousset is bringing his ensemble Les Talens Lyriques to Acre’s Crusader Fortress for the inaugural two-day Baroque Opera Festival. The first night of the festival will feature Marc-Antoine Charpentier’s opera Acteon and Henry Purcell’s Dido and Aeneas. The second night will feature selections from Handel’s Alcina.September 25 and 26. Tickets: www.meetingalilee.co.il
5. A NIGHTINGALE SINGS Senegalese singer and guitarist Baaba Maal will perform at this year’s Sacred Music Festival in Jerusalem. Known as “The Nightingale” because of his clear high-pitched voice, Maal performs music deeply rooted in the traditional sounds he grew up with. He was also influenced by American soul and Jamaican ska. Last year, he performed with British band Mumford & Sons in South Africa and released a mini album called Johannesburg.September 20 at 9:45 p.m.; September 21 at 6:30 p.m., Tower of David Museum, Jerusalem
6. BACK IN TIME J-Town Playhouse presents its latest production, the Stephen Sondheim musical Merrily We Roll Along. Three friends navigate the complexities of life, career and friendship, as the audience watches the story told from the end to the beginning. In English.Through September 29, Jerusalem’s AACI Theater. Info and tickets: www.aaci.org.il
7. ON YOUR MARKS...As part of the Maccabiah Games, held every four years in Israel, a new event has been added this year. The Maccabiah Night Race in Jerusalem will take place on September 19. The Maccabi World Union, in cooperation with the Jerusalem Municipality, invites participants to run together with Jewish communities from around the world. One can choose from a 10 km. or a 21 km. race. The starting point for both races is the Mamilla boardwalk next to the Jaffa Gate.Info and registration: www.jemmacrace.maccabi.org
8. BEYOND THE FRINGEThe Tmuna Theater kicks off its annual Tmuna Festival, hosting premieres and highlights from the past year of creation. Each evening has a program that features dance or theater, as well as a live musical performance.The festival, curated by artistic director Nava Zuckerman, together with Yair Vardi, includes international performances from Germany, Poland and England. It also marks the 400th anniversary of William Shakespeare’s death, with performances, symposium, and workshops.Runs through to October 1. Info and tickets: http:// tmunafestival.com
9. SLUGGING IT OUT The Inbal Pinto and Avshalom Pollak Dance Company presents its latest piece, Slug. The work, which deals with time as a concept, raises intriguing questions such as what time is and how it is manifested in matter and in space. The slug is a slow-moving gastropod or snail, which represents the feeling of time, boundaries and home. But a slug can also be a bullet fired from a gun.September 18 to 20 at 9 p.m., Suzanne Dellal Center, Tel Aviv. Tickets: www.inbalpinto.com
10. THE BIG PICTUREThe season of exhibitions and openings is here again, and the annual Manofim, the major cultural event of Jerusalem, is back. Between September 16 and 22, dozens of exhibition openings and cultural events will fill the city. All the events are free of charge and open to the public. The project not only displays works of art but also enables the public to meet local artists and view the artistic work being done in the city. Other events include outdoor workshops for families, exhibitions on space and the cosmos, and a tour through Nahlaot to experience artists’ graffiti, poetry and art.Info visit http://manofim.org
Advertisement
Subscribe for our daily newsletter