What is the universe made of? Israeli scientist takes reins at CERN

What is the universe made of and how did it start?

Prof. Eliezer Rabinovici of the Hebrew University of Jerusalem has been searching for answers to questions like these for the past several decades.

Last month, he became the first Israeli professor elected to serve as the head of the Council of CERN, the European Organization for Nuclear Research – a role that connects him and the State of Israel with hundreds of leading physicists worldwide who together conduct scientific experiments and research on these kinds of subjects.

View previous Zoomcast: Why does the US Jewish community need a command center for its protection? >>

CERN, LOCATED in Geneva, on the border of Switzerland with France, is the worldwide headquarters for such curious scientists.

On the one hand, the organization is at the frontier of quantum theory research – the theoretical basis of modern physics that explains the nature and behavior of matter and energy on the atomic and subatomic levels.

If you want to go to space but you do not have the money to pay for such a mission privately, then you either partner with the Kennedy Space Center or Baikonur, the launch base of all Russian-manned space missions, Rabinovici explained. If you want to reach the highest possible energy, the portal for that is CERN.

“CERN is a place where people from all over the planet gather to study the results of collisions at the highest possible energy,” he said.

But there is also a “humanistic” aspect to the center, which was founded in 1954 by 12 member countries in the aftermath of World War II, when so many scientists were engaged in “killing or devising ways to kill each other or civilians and soldiers,” Rabinovici said.

“People from all over the world cannot agree on what is the best music band, they cannot agree on what is the best football team, and nevertheless they succeeded to build together a piece of equipment that requires incredible compatibility,’’ he continued, referring to the Large Hadron Collider (LHC) that was developed by CERN. “You have one piece in Michigan in the United States, one in Israel, one in Italy, and it all fits together. On nothing else can they agree – here they can agree.” 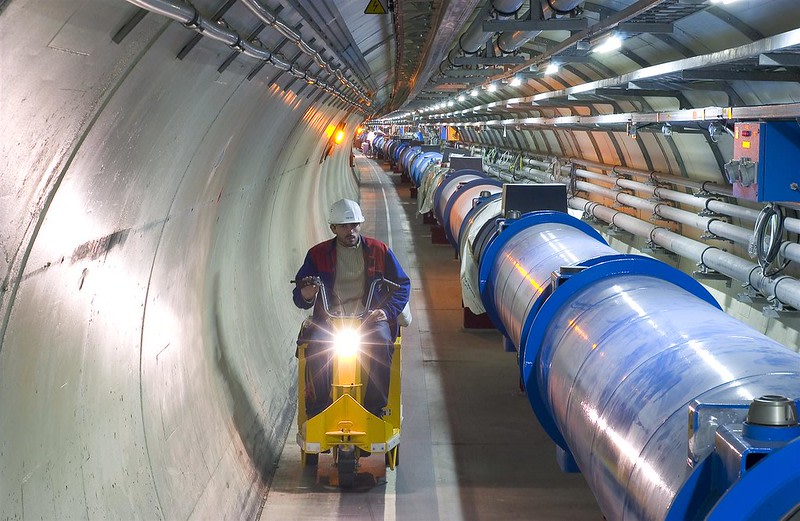 Rabinovici has been the Israeli representative to the organization for the past 10 years, until the end of 2020. Israel formerly became a CERN member state only in 2014.

Scientific collaboration has generally played a big role in Rabinovici’s career. He was one of the leaders in establishing the SESAME project, which pulled together top scientists from Israel, the Palestinian Authority, Turkey, Cyprus, Egypt and Jordan, Iran and Pakistan to build a synchrotron facility in Jordan.

SESAME stands for Synchrotron light for Experimental Science and Applications in the Middle East.

“In the Middle East, we have enough collisions, so it is not a collider” like the LHC. “It’s called a light source because the entirety of the Middle East needs some bright light shone on it.”

He explained that in the machine being housed in Jordan, the electrons turn around and they produce radiation that is like a microscope or “very involved X-ray.”

“We all worked together to build this machine,” he said. “I think it is important for your readers to know there is such a thing in our region where people work together.”

The CERN council is composed of delegates from 23 member states and Israel is one of them. The role of the council is to define the policy according to which CERN should work.

“The Higgs particle was found. Now, the council must resume its role as policy-makers,” Rabinovici said. “Everybody agrees that they want CERN to remain the best way to do experimental, high-energy physics, to host the best scientists from all over the world and to provide the best technology. But the route of how to reach this is not yet decided.”

Rabinovici described the discovery of the Higgs particle as a “fantastic, unbelievable technological feat.”

He said, “It was already known that there should be a particle like the Higgs particle. The difficult thing was to build a machine and detectors that would be able to find it.”

He compared it to finding a grain of sand in the Negev that looks like a Star of David among all the sand particles during a sandstorm.

The Higgs particle became known as the “god particle,” reportedly because Nobel Prize-winning physicist Leon Lederman referred to it as “this goddamn particle” because of how difficult it was to detect. 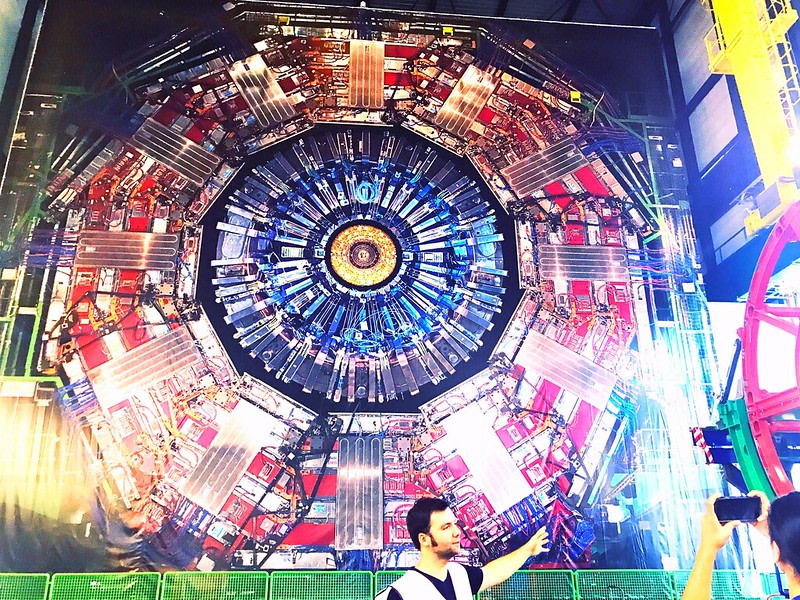 The LHC is also a foremost CERN project. The L stands for large because the machine is 27 kilometers in circumference. The C is for collider.

“When a baby wants to understand how her toys work, what does she do? She breaks it,” Rabinovici said. “If she wants to see smaller and smaller parts, she needs to break it with more energy. So, what we are interested in is to see what matter is built out of. We need to take small pieces of matter, collide them with each other at the highest energy, to make and observe what comes out.”

The H is for hadrons, particles that contain quarks and experience the strong nuclear force.

In 2008, a Hawaiian man filed a lawsuit against CERN seeking to halt the LHC accelerator’s first run, for fear the center was going to create a black hole that could devour the earth. But Rabinovici said that was never the plan.

“In science you never say zero,” he said, but the chances of CERN creating a deadly black hole is “way, way smaller than your probability to have an accident when you cross the road.”

WHEN NOT focused on CERN, Rabinovici’s own work is centered on studying various properties of gravity.

“We, as human beings, are very fortunate that we live in an environment where gravity is weak, because otherwise we would be torn to pieces,” Rabinovici said. “But in the beginning of the universe or around black holes and so on, gravity is strong. What happens when gravity is strong? What are the possibilities? This is the kind of research I am engaged in.”

He said he is a “theoretical physicist” who is “paid not to enter the lab,” but as he takes on this new challenge, his work will likely have a real impact on understanding the world in which we live.