The woman is one of a small number of women in Jerusalem who does not wish to be naked in the presence of another woman when immersing.

A mikve, the Jewish ritual bath [Illustrative]
(photo credit: CHABAD.ORG)
Advertisement
A woman seeking to immerse in a mikve without a female mikve attendant present was prevented from doing so at two separate mikvaot in Jerusalem last week and removed from the premises by the police who were called by mikve.The woman is one of a small number of women in Jerusalem who do not wish to be naked in the presence of another woman, particularly a stranger, when immersing, but wish to use the public mikvaot to perform their monthly ritual immersion.Mikvaot are funded and maintained by local religious councils, which are themselves funded by the Religious Services Ministry and the local municipal authority. A small fee is also charged every time the mikve is used.Jewish law requires a husband and wife to refrain from physical contact and sexual relations for the duration of the woman’s menstruation period plus another seven days, after which religiously observant women immerse in a mikve before resuming physical relations with their husbands.Local religious councils employ female mikve attendants to assist women in correctly performing their ritual immersion, and the presence of such attendants, ideally, is a requirement of Jewish law so the attendant can ensure that the immersion was done correctly.Some women, however, are extremely reticent to immerse naked, as is required by local religious councils, in front of another woman for several reasons.Two organizations helping such women, Immersion in Quiet and the ITIM religious services advisory group, say that among women who have approached them for assistance have been women who experienced sexual abuse, some who have had a mastectomy, and others who are insistent on their own privacy, or wish to immerse by themselves to allow them greater spiritual concentration.ITIM submitted a petition to the High Court of Justice in May 2015 on behalf of 13 women, including the woman in question, to force local religious councils to allow women to immerse alone if they so wish. The case will be heard in March 2016.Many local religious councils, which manage public mikvaot, including the Jerusalem religious council, do not permit women to immerse alone since the accepted practice within Orthodox Judaism has been to have a female attendant present.The religious councils, therefore, instruct the mikve attendants not to allow women to immerse alone.Roni Chazon-Weiss, the head of the Immersion in Quiet organization, which helps women who wish to immerse alone, said she receives at least one complaint every week from women wishing to immerse alone but who are refused.On Thursday night, Sarah, a fictitious name for the sake anonymity, went to two separate mikvaot in Jerusalem but was not allowed to immerse alone in either of them. At one, the attendants called the police to have her removed from the premises, though no physical coercion was used.Sarah was eventually able to immerse on Saturday night at a public mikve in Jerusalem, albeit two nights after her 12-day separation period from her husband should have ended.“The commandment to immerse is a private and intimate commandment between the woman immersing and her husband and God, and the trust in fulfilling it is between them,” said Chazon-Weiss, who also serves as the secretary-general of the Yerushalmim political faction in the Jerusalem Municipal Council.“The responsibility for the immersion is on the woman, and it appears to me to be unreasonable that for such a private commandment there should be such gross intervention. A woman should be allowed to choose how she immerses, if she wants an attendant, or to immerse with a friend or completely alone.”Chazon-Weiss also insists that immersing alone is acceptable in Jewish law under certain conditions.If women are totally unwilling to immerse with a mikve attendant present, she said that according to Jewish law, it is preferable for her to immerse alone than to not immerse at all, which is what happened to Sarah on Thursday night.“The request to immerse alone is a principled request,” said Chazon- Weiss. “There is no other commandment so intimate that entails inspection like immersion in the mikve does. No one checks a man if he has put on tefillin or not, and certainly no one stands over him to check if he does it correctly.”However, Rabbi Menachem Blumenthal, the head of the mikve department at the Jerusalem Religious Council, argued that the mikvaot are institutions designed to be used in accordance with the instructions of the chief rabbinate and, like other public institutions, mikvaot are subject to regulations that are applied to anyone using them.He insisted that the directives to mikve attendants were drawn up as sensitively as possible and with the minimum possible demands.“Women may begin the process by themselves and end the process by themselves, but for one short moment they must have a mikve attendant present to ensure that the immersion was done in accordance with Jewish law,” Blumenthal told The Jerusalem Post.

“This is the practice that has been used for generations, it is the practice approved by the chief rabbis of Jerusalem.These are the instructions and we stand by them.”The rabbi said there are some 22,000 women using the mikvaot in Jerusalem every month, and he estimated the number seeking to immerse alone at 50 to 60.“These women can go to the sea or a natural spring if they do not want to use the mikvaot in accordance with Jewish law. This is gross antagonism.The mikve attendants are taught to be extremely sensitive and to respect a woman’s dignity and this is how they act.”Blumenthal, nevertheless, said that if a woman came with a letter from an authoritative rabbi allowing her to do so and who gave specific instructions how to perform an immersion alone, an accommodation could be made.The office of Jerusalem Chief Rabbi Aryeh Stern said in response to the incident that Stern himself was notified of the situation late Thursday night but at a stage when it was too late to help.Although Stern is opposed to women immersing alone, a spokesman for the rabbi said he had assisted some women who approached him to be allowed to immerse without the presence of an attendant.“It is a shame that on Thursday the woman in question did not come to Rabbi Stern earlier, like other women whose problem was solved without involving the police and without confrontation,” said the spokesman.He added that Stern will propose this week that a committee of women be set up to evaluate the requests of any woman wishing to immerse alone.Elad Caplan, an attorney with the ITIM organization, strongly criticized Thursday night’s incident and the actions of the Jerusalem local religious council.“The violation of women’s rights in mikvaot is one of the worst violations of human rights by a public institution in Israel,” said Caplan.“Religious institutions should provide a service to women who want to keep a religious commandment and not threaten them. Women have the right to privacy, dignity, and religious autonomy,” he continued.“The mikvaot in Israel are run by the local religious councils, which are public institutions and paid for through taxes and public funding, and each woman should be given the right to use the mikve, just like every man can pray as he wishes in synagogue and like every member of the public can eat in a kosher restaurant without being investigated as to whether they have waited the requisite number of hours required by Jewish law between meat and dairy food.” 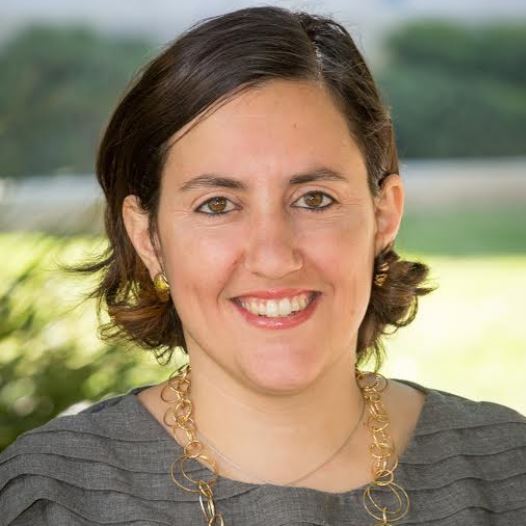