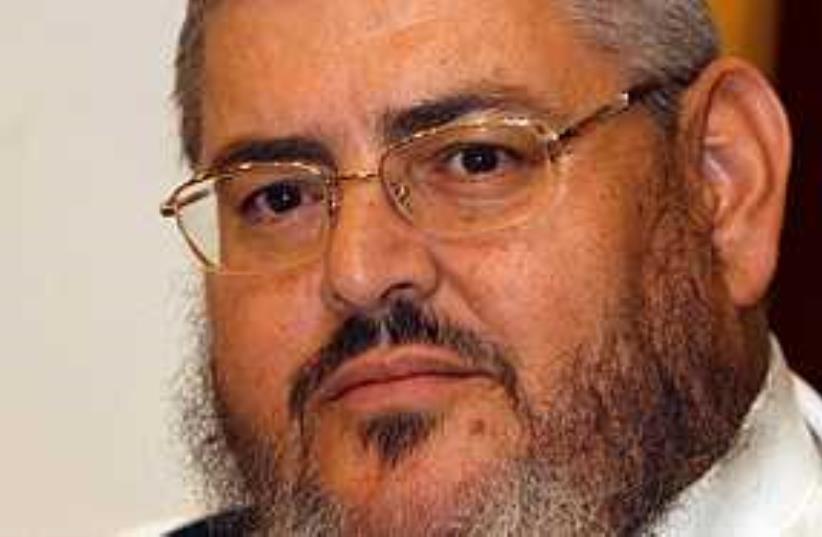 Yehosua Pollack
(photo credit: Ariel Jerozolimski)
Advertisement
Three suspects in the Holyland real estate scandal were remanded further in custody on Thursday.The scandal revolves around businessman Hillel Charni, who allegedly paid tens of millions of shekels in bribes to senior Jerusalem Municipality officials in exchange for their approval of changes to and the expansion of the housing project in the capital.Former deputy mayor of Jerusalem Yehoshua Pollack, suspected of accepting a bribe and money laundering, among other offenses, was remanded for seven more days at the Rishon Lezion Magistrate's Court.As well as serving as deputy mayor from 2003-2008, Pollack also headed the Jerusalem Planning and Construction Committee during that time. He is suspected of setting the expansion in motion in exchange for bribes.
Related: 'Enough evidence to indict Ramat Gan Mayor for bribery'Real estate developer Meir Rabin, suspected of acting as an intermediary in the alleged bribery ring, was remanded for a further eight days Thursday at the same court. Police say he promoted Holyland projects and passed on tens of millions in bribery money to decision makers in the Jerusalem Municipality. His role in the affair has been described as being central. The remand of City Councilor Eli Simhayoff (Shas) was also extendedWednesday, although his lawyers came to an agreement with police thathe remain in custody for four more days.Simhayoff, a formerdeputy mayor, is also a director of the Danya Cebus constructioncompany, a subsidiary of Africa Israel Investments.Police saySimhayoff is suspected of “taking the initiative and demanding”hundreds of thousands of shekels in bribe money for himself, and that afterallegedly receiving the cash, he “divided it between himself and othersin the municipality.”
Advertisement
Subscribe for our daily newsletter