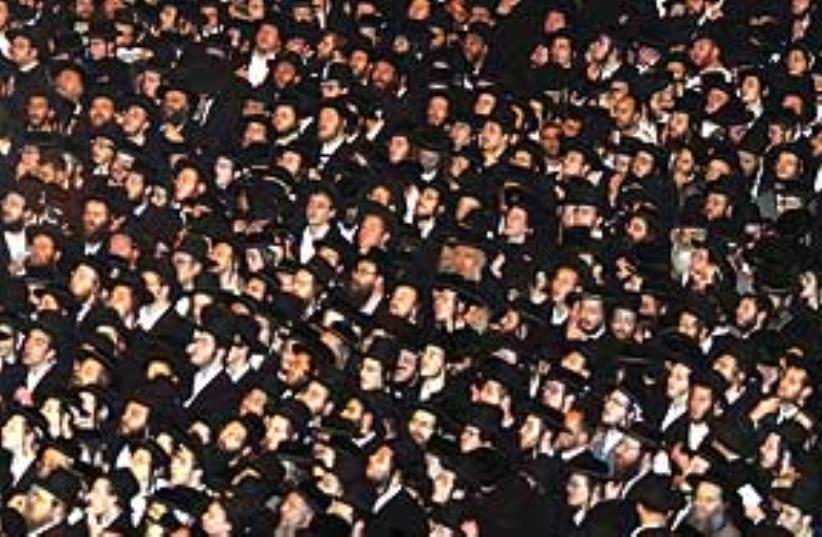 haredi311
(photo credit: Ariel Jerozolimski)
Advertisement
Only 42 percent of Israeli Jews aged over 20 describe themselves as 'secular' according to the Central Bureau of Statistics annual social survey, released on Sunday. An additional 25% of Jews defined themselves as 'not very religious traditionalists.'RELATED:
Media Matters: Blacking out Zionism?Among Israeli Arabs 18% categorized themselves as 'non-religious' and 27% as 'not very religious'. Eight percent of Israeli Jews described themselves as 'haredi,' similar to thepercentage of Arabs who defined themselves as 'very religious.'More haredi women than men are part of the workforce according to the data. Over 90% ofnon-haredi Jewish men were described as "belonging to the workforce" as against 52% of haredi men. Among women, the figures were 80% ofnon-haredi women compared with 61% of haredi women. The survey also found that 88% of Jews are satisfied with their lives and 82% of Arabs. Satisfaction was highest among haredi men.
Advertisement
Subscribe for our daily newsletter