The festival also boasts a slate of international beer companies including German brands like ‘Köstritzer’ and the Dutch ale company ‘Trappe la.’

The first night of the Jerusalem Beer Festival took place yesterday in Independence Park. Tonight is the second and last night of the Festival, which is marking its 17th run.

Gadi Wheelchairsky hosted the first night of performances to a crowd of thousands. Attendees packed together in a mass near the stage, nursing beers and swaying to the music.

Many of the beers at the Festival are domestic craft brands like ‘Alexander’ or ‘Jem’s’. The Israeli beer brand Beerbazaar is also selling its drinks at the Festival, only a short distance away from where it opened its first store at Shuk Machane Yehuda in 2014.

The festival also boasts a slate of international beer companies including German brands like ‘Köstritzer’ and the Dutch ale company ‘Trappe la.’ 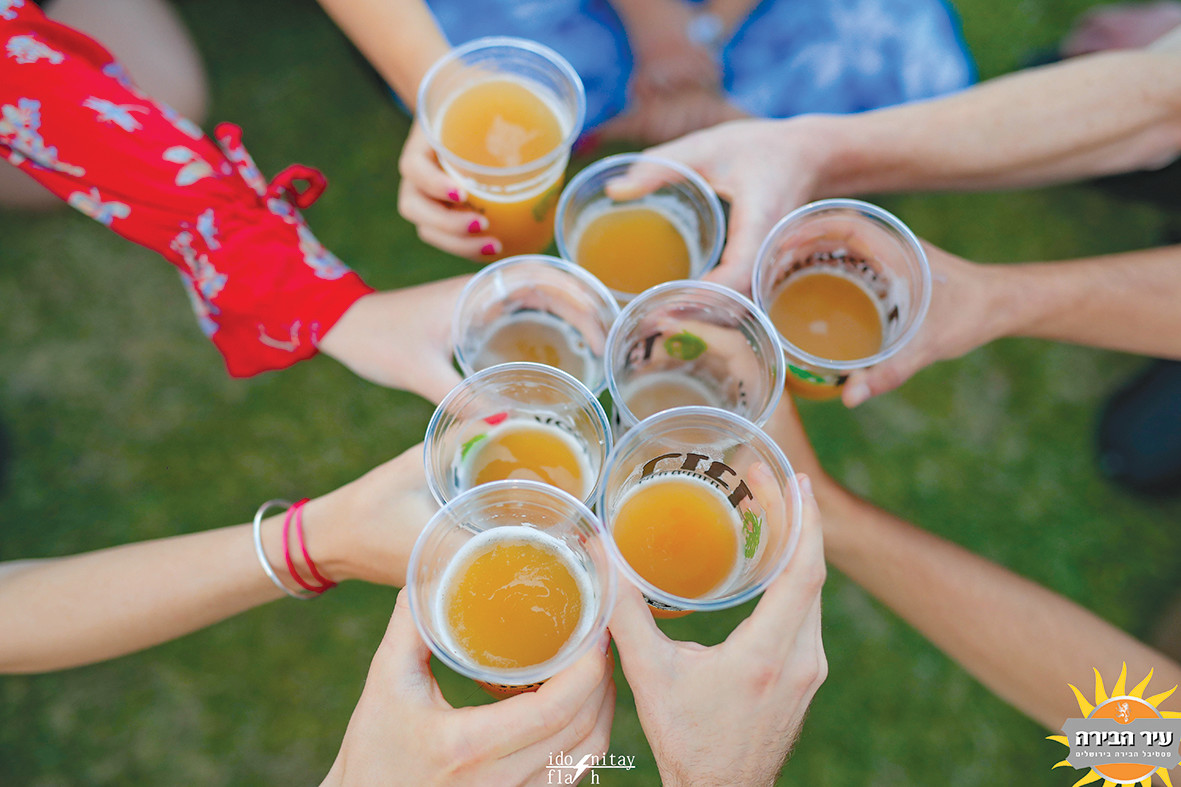 Attendee Zach Mink drank a light beer during the concert which he said was refreshing and easy to drink throughout the night while listening to the music. He added that the festival did a good job of having a wide selection of beers for people to choose from.

Some people really took the Festival up on its boozy spirit.

“The experience was so unforgettable, but I can’t put together the experiences that made it unforgettable,” one concert goer said who put back a few beers and a rosé last night. She appreciated that there was at least one stand selling rosé for people who might not love beer.

Harper Lazarov, a Tennessee native, is staying in Israel for the summer and attended the event with friends from her summer program.

“I loved all of the different tents with different beers, and I liked how [the tents were] scattered throughout,” Lazarov said. Her favorite beer of the night was the Krombacher Wizen, just one of the many domestic and international brands of beers that attendees could buy.

“I loved all of the different tents with different beers, and I liked how [the tents were] scattered throughout.”

Attendees spent much of the night fist bumping and belting out the lyrics to the bands’ songs, many of which are top hits in the country, only occasionally leaving the thick of the crowd to refill their beer or pick up food to eat.

Israeli festival-goer Nitai Levi had heard about the Festival in years past, but this was his first time attending. He said he was excited that the first night featured two of his favorite bands, Shotei Hanevua and Mercedes Band.

One of the songs that Levi enjoyed hearing is called ‘Ja is one’ by singer Mosh Ben-Ari, which Shotei Hanevua covered last night. The song combines the three main languages in Israel-  Hebrew, Arabic, and English, Levi said. The song shows how “we can all work together,” he said.

“I think the reason they chose to cover that song last night is because they were playing in Jerusalem and it’s such a diverse place and it has all the religions in one place,” Levi said.

Levi noted that the lively crowd elevated the experience. “The environment gets more exciting when you’re next to people who have the same vibes as you, who are excited about the songs,” he said. “That makes me more enthusiastic about the experience.”

The second night will feature Woodstock Jerusalem, Garden City Movement, NUNU, Ha’Yehudim, Rising Dust, and DJ Ben Ben and will again be hosted by Wheelchairsky. Tickets cost 80 nis for students, soldiers, people doing their national service and Yerushalmi and cost 90 nis for everyone else.