One of the newest books in Shmulik Atzmon’s collection is his own autobiography, Dreaming in Yiddish (Hebrew), which sums up the 70 years he spent onstage during his 93 years of life.

The extensive library in Shmuel (Shmulik) Atzmon-Wircer’s study, in his home near Habima Theater in Tel Aviv, contains a variety of books with personal dedications from presidents and famous writers, such as Nobel Prize laureate for literature Isaac Bashevis Singer, author Yehoshua Sobol and poet Natan Alterman.

One of the newest books in Atzmon’s collection is his own autobiography, Dreaming in Yiddish (Hebrew), which sums up the 70 years he spent onstage during his 93 years of life.

“I’m still working every minute of the day. I’m planning to live to 100 – I think by then I’ll have accomplished everything I’d planned to do during my lifetime.”

This memoir covers Atzmon’s personal and professional life, from his birth in Biłgoraj, Poland, to the destruction of his home by the Nazis in September 1939, his aliyah, fighting during the War of Independence, and finally to his prolific career as an actor and the founder of the Yiddishpiel Theater.

“I was only able to finish my autobiography thanks to COVID,” Atzmon says.

“This pandemic caused a great deal of damage to people all over the world, but all my life I’ve chosen to look at the positive side of everything and not at the negative,” continues Atzmon. “If the world hadn’t undergone a pandemic, it’s possible I never would have finished my book. I’ve never stopped working for even one moment my entire life, and then all of a sudden everything was shuttered. So I took advantage of this lull and began, for the first time ever, writing a book. Up until then, I’d never contemplated doing this.

“My father, Yitzhak, may he rest in peace, would always say to my mother, Frieda, ‘If talking could be a career, then our son would have been a millionaire by now, since he speaks so nicely.’

“I know how to edit and handle texts and literature, since I read a lot. But I’ve never written something of my own from scratch – there’s always been a block that prevented me from doing this. Maybe I read too much Dostoevsky, Molière, Shakespeare and Sholem Aleichem, and so I never dared to write, since I knew I could never write like these talented people. 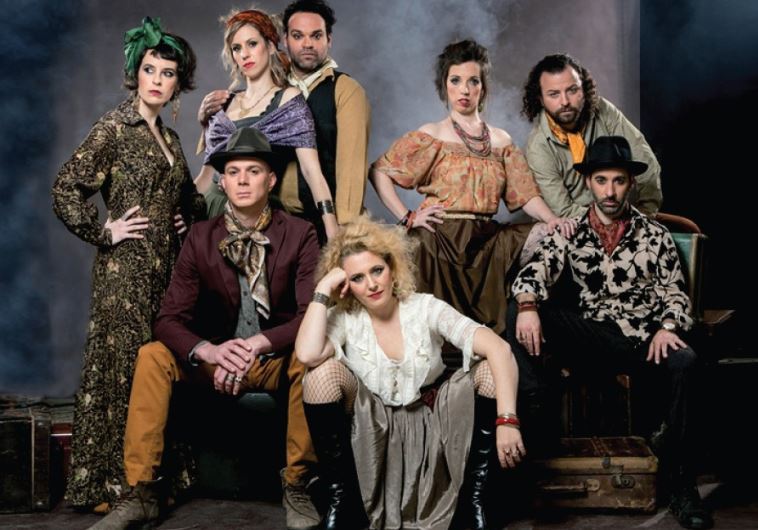 “In this respect, I give all the credit to Shaul Meizlish, who helped me greatly to write the book, and to my editor, Moti Sandak. This will most likely be my last book, too.”

WHY DID he decide to write a book?

“I didn’t write the book to tell my life story – my life is not the focus of the book. I wrote it so that I could pass on important messages to future generations.

“I’m continuously asking myself, ‘Why davka me? Why, among all my classmates who didn’t survive the Shoah, why am I still alive?’

“The Nazis torched my home in September 1939, and I watched it burn to the ground. I fought in Israel’s War of Independence, during the battle at Latrun. I lost good friends then, too, and once again I survived, but they didn’t.

“All of this led me to the conclusion that I had been left alive so that I could complete an important task. I chose a career in theater so that I could create something with all that I had inside of me. I wanted to share my essence in a humorous way and bring about calm,” he explains.

Another subject that Atzmon wrote about in his book is the identity crisis he experienced as an immigrant in the early years of the state.

“When I was 16, and still in Italy, I volunteered to join Gahal – a military unit made up of Jews fleeing from the Nazis. I arrived in Israel full of idealistic energy,” Atzmon recalls.

“My father had been very Zionistic and began speaking to me in Hebrew when I was just five years old. In fact, I think my Hebrew was better than that of many Sabras. And yet, when we finally reached Israel, the Israelis treated us with utter disdain, and so we all tried as hard as we could to rid ourselves of our former identity and become more like the native-born Israelis.”

Upon finishing his IDF service in 1949, Atzmon joined the Ohel Theater and began his career in acting.

“At first, my good friend Yankale Ben Sira and I were only given roles as new immigrants, and never as Sabras, and that really stung me,” Atzmon explains.

Early on in his career at the Ohel Theater, Atzmon met Natan Alterman, who translated plays into Hebrew for the Israeli stage.

“As an assistant director, one of my jobs was to bring texts for translation to Alterman,” continues Atzmon. “One time, he asked me to read a short monologue in Russian. I read it, and then he asked me, ‘How do you know Russian?’ So I began telling him about my background, and I even told him that I was quite upset about how, in his weekly column in the newspaper Davar, he referred to Gahalnikim like myself, who had fought for the creation of the State of Israel.

“I was amazed a few weeks later when I saw that he had published a poem about Gahalnikim in his column. I felt like I had represented all the people who’d died and could not make their voices heard.

“My autobiography is not just about my life, but [about] the lives of all those who didn’t survive the Nazi terror. The names of close to half of the Jews who lost their lives fighting in the War of Independence remain unknown. My book is dedicated to each and every one of them,” he says.

In his effort to become integrated into modern-day Israel, Shmulik changed his family name to Atzmon. “When I joined Ohel, I was still going by the name Shmulik Wircer. Then, one day, after I’d been given a serious role in a play by Molière, I received a phone call from another Ohel actor – Yaakov Einstein, Arik Einstein’s father – who told me, ‘You need to change your name. Our theater is a member of the Histadrut, and David Ben-Gurion himself asked me to inform you of this necessity.’

“Then, soon after, when I was still the assistant director, I traveled to Safed with actor Meir Margalit so that we could practice our lines. As we were sitting on a balcony overlooking Mount Atzmon, in walked former education minister MK Prof. Ben-Zion Dinur. He asked Margalit, ‘Who is this guy?’ Margalit responded, ‘This is Shmulik Wircer, a young actor.’

“Dinur then added, ‘We’re sitting here, overlooking Mount Atzmon. Wircer is a Diaspora name. You’re a young actor. If you want to conquer the mountain, you need to take on an appropriate name. Atzmon is a fitting name.’ I thanked him, and then he added with a smirk on his face, ‘But don’t stay stuck in one place, like a mountain. You’ve got to do something meaningful with your life.’”

At what age do you plan to retire?

“I’m still working every minute of the day. I’m planning to live to 100 – I think by then I’ll have accomplished everything I’d planned to do during my lifetime.”

What’s your secret to staying healthy?

“I swim for 40 minutes every day. And for the last 40 years, I’ve been working out twice a week using the Body Cognition Method. I do reflexology and get massages. I believe that a healthy body helps maintain a healthy mind.” ■