Allegations by the Breaking the Silence group of misdeeds by IDF soldiers have clearly struck a nerve. 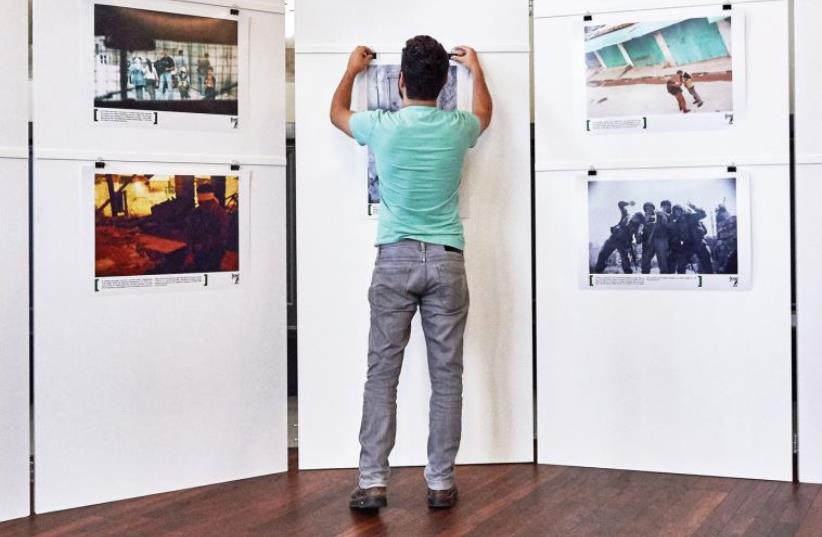 Alon Sahar hangs a photograph at a BtS exhibition at the Kulturhaus Helferei in Zurich, June 3
(photo credit: MICHAEL BUHOLZER / AFP)
Advertisement
SANDWICHED BETWEEN a highway and a strip club in an industrial part of Tel Aviv sit the offices of Breaking the Silence, perhaps Israel’s most hated NGO.Breaking the Silence (BtS) is a group of IDF veterans who publish testimonies of breaches of military ethics they say they witnessed while serving in the West Bank and Gaza. The group’s short-term goal is to show Israeli society the dark underbelly of the Palestinian occupation. In the longterm, BtS wants to end the occupation completely.