Paul Alster joins the paratroopers of Battalion 66, who took part in one of the bloodiest battles of the Six Day War, and hears how the decision to take the Old City was made. 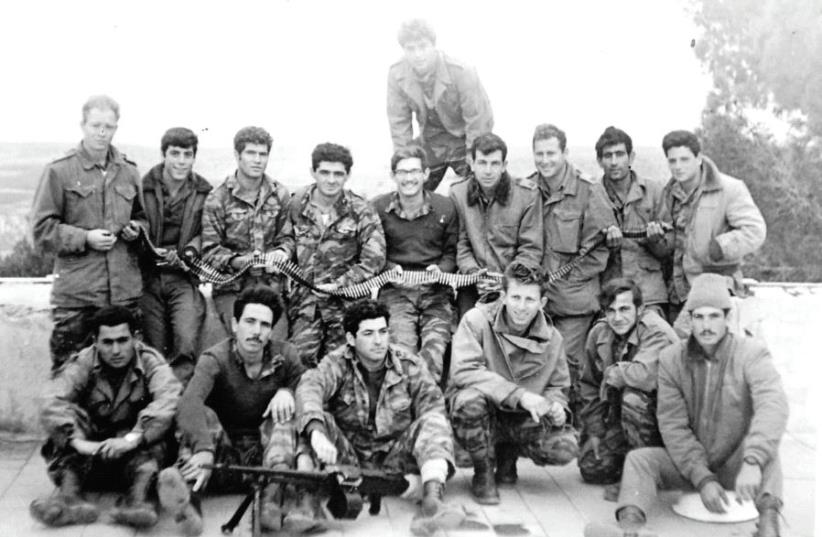 Soldiers of the 55th Paratrooper Brigade pause from training for a photo at Beit Guvrin in 1965
(photo credit: COURTESY DAN SHILOAH ARCHIVE)
Advertisement
IN EARLY May, a few weeks prior to the 50th anniversary of the Six Day War, surviving members of Battalion 66, of the 55th Paratroopers Brigade that famously captured the strategically crucial Ammunition Hill ‒ a battle that has gone down in history as the most bloody and brutal of the campaign that liberated Jerusalem ‒ were reunited.The assumption at such a gathering would be that these men ‒ the youngest now in their early 70s, the oldest approaching their mid-80s ‒ would return to the site of the battle at which 36 of their comrades fell, along with 71 of the Jordanian defenders. It was not to Ammunition Hill that they physically returned, however, though it was the main subject of conversation throughout the day.

Paul Alster is an Israel-based journalist. His website is www.paulalster.com and he can be followed on Twitter @paul_alster