Definitely not ‘Private Benjamin’: Out on patrol with the women soldiers of Masada Company

The unit is comprised of around 30 percent female soldiers, something that would have been unthinkable even a few short years ago. 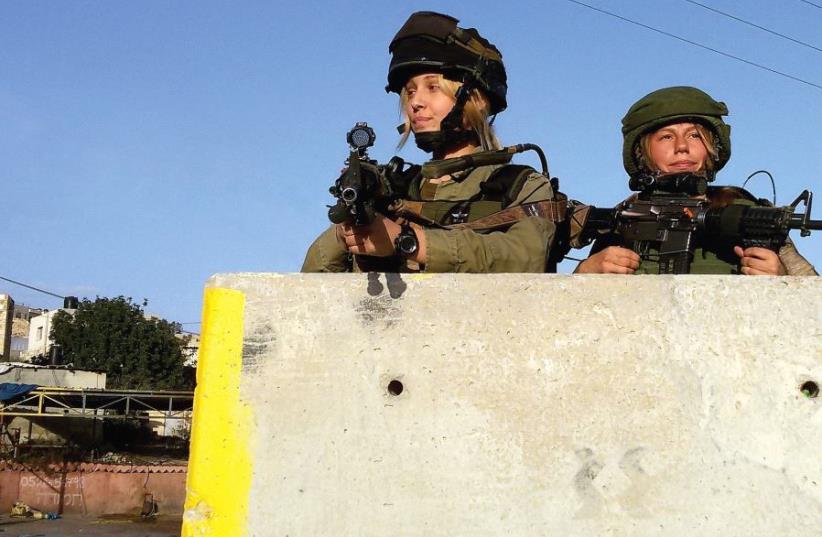 Weiss said she trained as a gymnast for 11 years and that her background of both physical and mental discipline had more than prepared her for her military role.“I arrived with a very high level of fitness. For any girl who arrives at the draft with a sports background and knows what it is to train and have a strict physical routine, I would really recommend a role such as this. Someone who has to be psychologically strong to compete, who has the mental discipline to train up to five times a week [all of this when they are still in high school], I believe is capable of withstanding the challenges of being a combat soldier,” she said.So, are these two impressive female combat soldiers planning to stay on with their unit after their mandatory military service is over? “I don’t know what I’m going to do,” Weiss laughed. “I’m so involved in what I’m doing right now that I don’t really have a plan. I imagine that I’ll go travelling and then study.”Bronar signed up for four years, but will she stay on longer? “It’s quite possible that I will,” she said, with a big smile and a twinkle in her eye.I hope her father isn’t reading this! Paul Alster is an Israel-based journalist. Follow him on Twitter @paul_alster and visit his website: www.paulalster.com