France's Jewish community: In a state of fear

French Jews voted overwhelmingly for Emmanuel Macron, but are concerned he will pander to the country’s large Arab minority and fail to protect them. 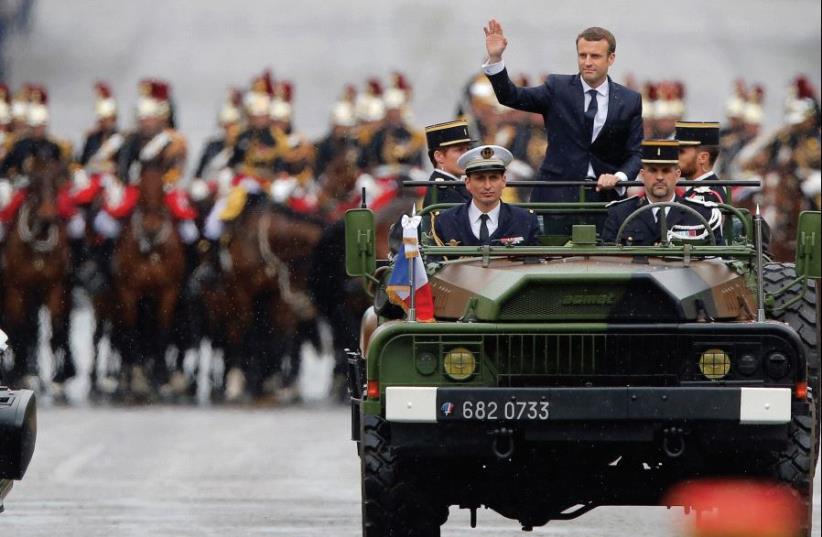 Newly elected French President Emmanuel Macron parades in a military vehicle in Paris after his inauguration, May 14
(photo credit: MICHEL EULER / AFP)
Advertisement
PARIS-- CENTER-RIGHTIST Emmanuel Macron, 39, who was voted in by 66% to 34% over the farright Marine Le Pen, is France’s youngest national leader since Napoleon Bonaparte more than 200 years ago.Exit polls indicated that France’s half million Jews, Europe’s largest Jewish community, voted for Macron by about 90% to Le Pen’s 10%, but he was not their first choice. Their preferred candidate was former right-wing premier François Fillon, whose platform was especially strong against Islamic fundamentalism. However, Fillon, the initial favorite to win the election, became mired in a sudden corruption scandal that resulted in his elimination after the first of two rounds of voting.