Israeli wines have come a long way, but are still struggling for acknowledgment outside the kosher category. 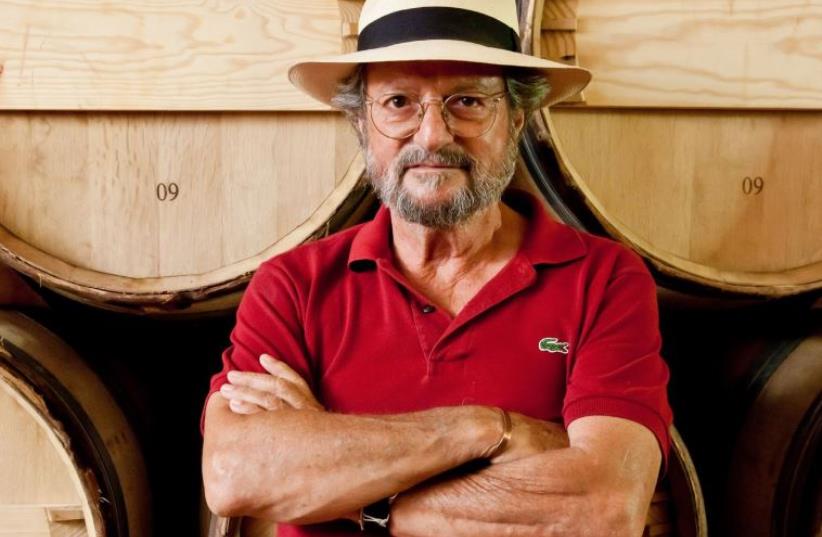 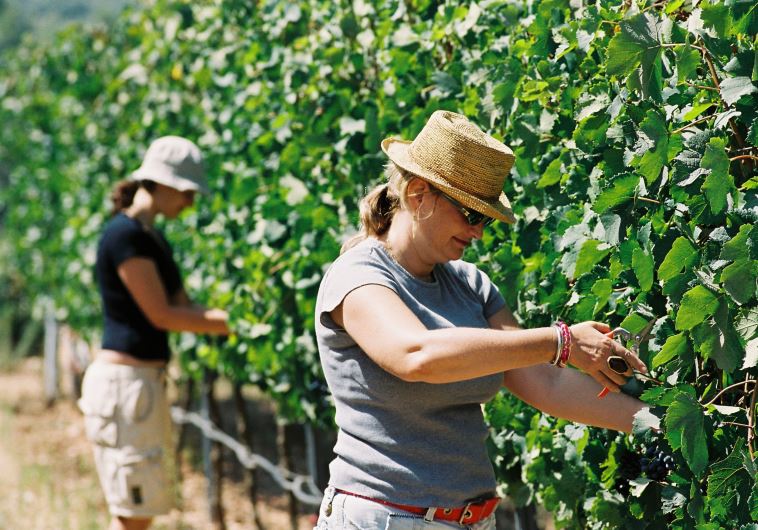 Orna Chillag, founder and owner of the Chillag winery, harvests grapes in Moshav Kerem Ben-Zimra, in the Upper Galilee (photo credit: COURTESY CHILLAG WINERY)Making up for the location’s lack of charm is Chillag’s colorful, bigger-than-life personality. This morning, dressed in jeans and a T-shirt, her blond hair tied back in a ponytail, Chillag is delighted. A truck filled with boxes of purple Grenache grapes has just arrived from Mitzpe Ramon in the Negev Desert.“I’ve got to work,” she says and jumps up from her chair during an interview in her cluttered office, which also doubles as a tasting room. She grabs clusters of grapes by the armful and feeds them into the crusher.“I think Israel is one of the greatest places to grow wine,” she enthuses to The Report. “The Mediterranean basin is the cradle of good wine. On average, we do better wine than the average French and Italian wines.”Israel has good terroir – the term that describes how a particular region’s climate, soils and terrain affect the taste of wine. In fact, for such a small country, Israel has many growing regions ranging from the high altitudes and volcanic soil of the Golan Heights all the way south to Mitzpe Ramon, where a visionary had the audacity to plant vineyards in the desert.The Chillag winery is considered one of the veteran boutique wineries.“Sixteen years in Israel is considered an eternity,” says Chillag, with a slight shake of her head and a smile.CHILLAG WORKED at the Tel Aviv municipality and was in Rabin Square the night prime minister Yitzhak Rabin was assassinated. “At that point, I decided that politics is dead. I wanted to do something where I could plant my roots in the soil.”She quit her job and left her husband and young daughter in Tel Aviv, and moved to Italy for two years to study winemaking, flying back and forth on weekends. She stayed another year to do an internship at Antinori in Tuscany, one of Italy’s foremost wineries.When she returned, a good review of her wine from the late Israeli wine critic Daniel Rogov, put her in the spotlight. In 2001, she was honored with a Knighthood of Castellina, awarded in Italy to women for their contributions to wine.“To have a winery in Israel, you have to be a little bit crazy and decide not to be a rich person,” she says.“You see this bottle of wine?” she asks, and gets up to retrieve a bottle from one of the many cartons that clutter her office.“Look at the year on the label ‒ 2009, and I’m selling it now, six years later, for about NIS 70 ($18). Waze started at about the same time as this wine and they got a billion dollars when they were acquired by Google.”For Chillag, the problem with Israeli wine is that there is nothing particularly Israeli about it. It is grown from the same grape varieties available in Europe and California. “We are good. We are fabulous, but still we are not doing anything that anybody else cannot do,” she says.The early winemaking industry in Israel ended when the Muslims conquered the area in 600 CE and uprooted the vineyards due to Islam’s prohibition of alcohol.After more than 1,000 years, winemaking started again when Baron Edmond de Rothschild visited Palestine in 1887, purchased land and sent experts from France.The grapevines also came from France.“The sad thing is that we don’t have our special varieties that were indigenous to this area in ancient time,” she laments. We don’t know what the original vines were.”That may change very soon.Just a few months ago, in March, while digging in the ancient remains of Elusa, a city in the Negev region between Beersheba and Gaza, University of Haifa archaeology professor, Guy Bar-Oz, discovered hundreds of grape seeds dating back to the 5th century CE in an ancient garbage dump. “We know winemaking was a major part of the economy based on the fact that there are many wine presses and remnants of wine jars in the area,” he says.“The next step is to do the DNA testing and decipher some of the genetic information, which will provide clues to the varieties that were grown here,” he says. “This is something new and very exciting.”Meanwhile, in New York City, filmmaker Roger Sherman, who has just completed filming a two-hour documentary about Israel’s astounding gourmet food and wine revolution, has made a discovery of his own that is sure to delight Ben-Zaken and other Israeli winemakers.“This year for the first time I have found four wines stores in New York City that have put Israeli wines outside of the kosher section and I think that is a big deal,” he says to The Report. “It’s a start.”