Past bloodshed and fighting put aside to restore Christianity's holiest sites 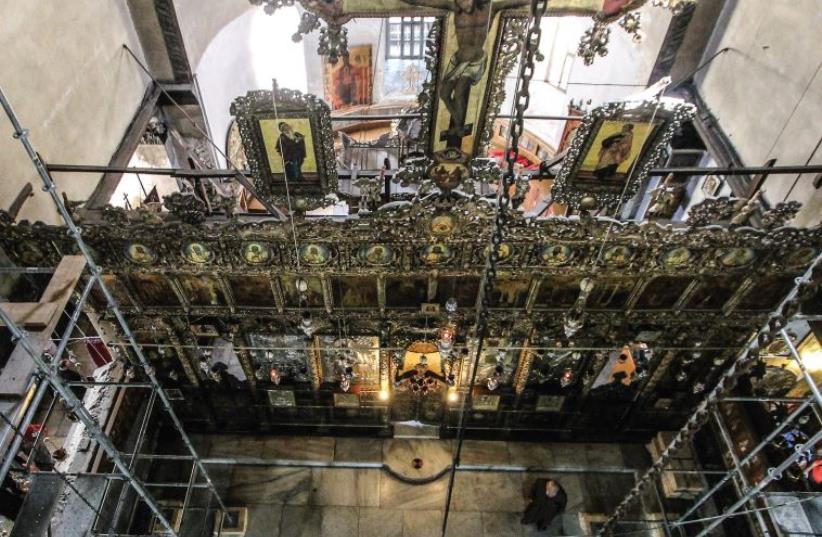 An Italian team has been working for the past three years on repairing the wooden roof of Bethlehem’s Church of the Nativity
(photo credit: COURTESY / PIACENTI RESTAURATORI)
Advertisement
THE NETWORK of specially designed scaffolding that has crisscrossed the inside of the Church of the Nativity for three years as an Italian team shored up the rotting 200-year-old wooden roof could, in a way, also be seen as shoring up relations among the monks of the different Christian traditions who maintain a presence there.It was not that long ago that monks at the Church of the Nativity came to blows with broom sticks over who had the right to clean a certain stone on the floor of the ancient church in Bethlehem where, according to Christian tradition, Jesus was born. But now, Giammarco Piacenti, CEO of Piacenti Restoration Center, which began restoration work on the church starting with the roof in April 2013, says he has seen nothing but cooperation among the monks as they put aside historic differences for the sake of the church.