By LAHAV HARKOV
weekly schmooze 311
(photo credit: Courtesy)
Advertisement
It's that time of year again, when candlelight, the smell of fried food, and the sounds of YouTube videos fill the air: Hanukka! Yeshiva University a capella group The Maccabeats' "Candlelight" became a viral hit last year, and this winter there are plenty of contenders of the title of holiday song king.  Here are some of the top Hanukka videos on YouTube – vote in the talkbacks for your favorite.Let's start with last year's champs, The Maccabeats, covering Matisyahu's "Miracle," in a video featuring "The Big Bang Theory"'s Mayim Bialik and a cameo appearance by US President Barack Obama:Next, we have Six13, calling for "Chanukah Rights!" The group says they're tired of Hanukka being mistreated in the mainstream media: Yet another New York-based a capella group came out with a song covering last summer's hit song "Tonight Tonight" by Hot Chelle Ray. Check out the very clever "Holiday Party (Tonight Tonight)" by Pella People: Next, we have the Israel-based groups, beginning with Midreshet Ein Prat's Fountainheads – the only co-ed band in the bunch - singing "Light Up The Night," which is not to be confused with the adorable Miami Boys Choir song of the same name, and parodying The Matrix in their video:Last but not least, there's Aish's "Rock of Ages," which mashes up and parodies different rock songs from the past 60 years:Who's the king of Hanukka? It's your call – vote in the comments below! 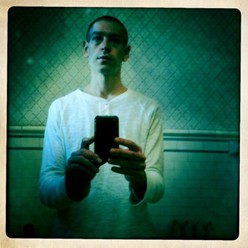 Now for the news: Matisyahu shaved off his beard! Word has not yet come out as to whether he was outraged by this year's Maccabeats song, or if he simply got sick of facial hair. Either way, he posted photos of his clean-shaven face on Twitter, and wrote on his blog: "No more Chassidic reggae superstar." The singer will go by his real name, Matthew Miller, from now on, and said that he is "reclaiming" himself and following less rules. After widespread media coverage and speculation as to his religiosity, the musician took to Twitter and wrote: "For all those who are confused: Today I went to the Mikva and Shul just like yesterday."Another musical star who underwent a name-change is Lea Michele. The ”Glee" singer-actress explained to Jay Leno why she didn't keep her Sephardic Jewish father's last name, Sarfati, when she went on auditions. It was all because kids called her "so-farty" in school.All those who have fought for their right to party, rejoice! The Beastie Boys are being inducted in the Rock 'n' Roll hall of fame! This April, Mike D (Michael Diamond), MCA (Adam Yauch) and Ad-Rock (Adam Horowitz) will join the Hall of Fame class of 2012, which includes the Red Hot Chili Peppers and Guns N Roses.

The Weekly Schmooze collects the hottest Jewish culture news from around the world.Ranging from celebrities to philanthropy to quirky communities, we're here to schmooze about Jews. If you have any news to share with The Weekly Schmooze, write to:[email protected]