What is Sigd, the holiday of Beta Israel and Ethiopian Jews? - explainer

What exactly is the Jewish holiday of Sigd about? What are its origins? How is it celebrated in Ethiopia and Israel? And should all Jews celebrate it? 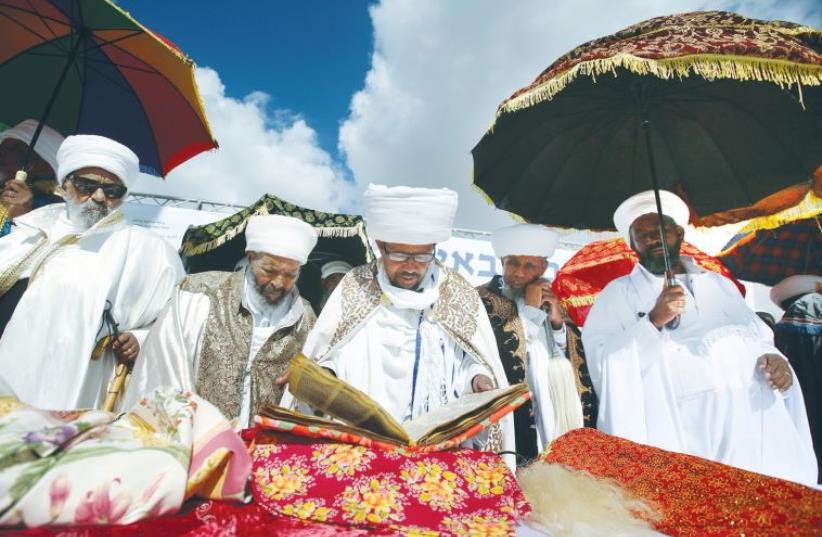 November 23, 2022 marks the annual celebration of Sigd, a special holiday among the Ethiopian Jewish community, especially in Israel.

The holiday has a long history going back hundreds if not thousands of years, though its origin is still disputed.

However, since its origins among Ethiopia's Beta Israel Jewish community, Sigd has gained more popularity among Ethiopian Jews and is a recognized holiday in Israel.

What exactly is the Jewish holiday of Sigd about? What are its origins? Why did they move the date? And should all Jews celebrate it?

Here is what you need to know.

What is the Jewish holiday of Sigd and where does it come from?

The holiday of Sigd has uncertain origins, with some tracing it back ot the 6th century and others to the 15th century.

However, what is accepted is that the Sigd holiday relates to the acceptance of the Torah by the Beta Israel Jews of Ethiopia.

This draws back to a specific biblical event recounted in the Book of Nehemiah. In this story, an old Mosaic law book was discovered, containing Jewish laws long forgotten by the Jews after the destruction of the First Temple and the Babylonian exile. Ezra, the Kohen Gadol (high priest) at the time, presented this text to the people of Israel, an important moment in Jewish history as it relates to the restoration of Jewish traditions after years of exile.

According to Beta Israel religious authorities, Sigd also has another, related origin. Christian rulers in Ethiopia had persecuted the Jews living there. During this time, there was supposedly fear among their religious leaders that the Beta Israel could be divided and end up losing their laws and traditions, called the Haymanot. This holiday of Sigd, with the story of Ezra as an example and inspiration, serves as a means of preventing that fate from occurring.

The name of the holiday, however, is derived from a number of words, all related to worship.

When does Sigd take place?

As a Jewish holiday, Sigd's observance is not tied to a date on the Gregorian calendar, but rather is determined by the Hebrew calendar.

Sigd itself is celebrated every year on the 29th day of the month of Cheshvan, which is 50 days after Yom Kippur, the holiest day in Judaism.

However, it wasn't always that day.

In the past, Sigd was celebrated on the 29th of the Hebrew month of Kislev, which would put it in the middle of Hanukkah. However, in the 1800s, a calendar reform pushed the date back to where it is now.

This is interesting, as it makes Sigd the only Jewish holiday in the month of Cheshvan.

How is Sigd celebrated?

In the past, the Beta Israel Jewish community would mark Sigd with a pilgrimage to important locations seen as refuge from Christian persecution.

Also important in traditional Sigd observance is the climbing of a mountain for a day of fasting and prayer, with the ascending of a mountain meant to call back to God giving the Israelites the Torah on Mount Sinai.

Today, Sigd's celebrations are more detailed. This includes fasting, a communal confession of sins and a focus on renewing the ancient Israelite covenant with God, reading and expounding parts of scripture and more.

Ethiopian Jews in Israel travel to the Western Wall in the Old City of Jerusalem where a ceremony is held. Here, the Kessim, the religious leaders in the Ethiopian Jewish community, come dressed in traditional robes and hold colorful umbrellas and Torah scrolls before reading biblical passages and prayers before the crowd.

Traditionally, Sigd was only celebrated by the Beta Israel. Contrary to what many people think, the Beta Israel are not the entirity of Ethiopian Jewry, which also consists of the Falash Mura. Today, however, the holiday has become far more widespread among all Ethiopian Jews.

This is particularly true in Israel, where most Ethiopian Jews live and where Sigd has been an official holiday since 2008.

But many have been advocating for more Jews to celebrate Sigd as well.

One example of this is Gadi Yevarkan, who until recently was a Likud MK.

“The chief rabbis and anyone who deals with the issue of Israeli and historical Jewish identity should understand that this holiday is a holiday of the people of Israel,” Yevarkan said in 2020.

“The proof is that it is in the book of Ezra and Nehemiah. We did not invent the wheel. We kept one of the most important days in the history of the people of Israel, no less than Yom Kippur.”

He isn't alone in thinking Sigd should be a Jewish holiday rather than an Ethiopian holiday. But only time will tell if this will ever happen.