Parashat Metzora: 3 truths about gossip plus some advice

No matter what we say, the motivation for gossip is almost always titillation and status, not justice. 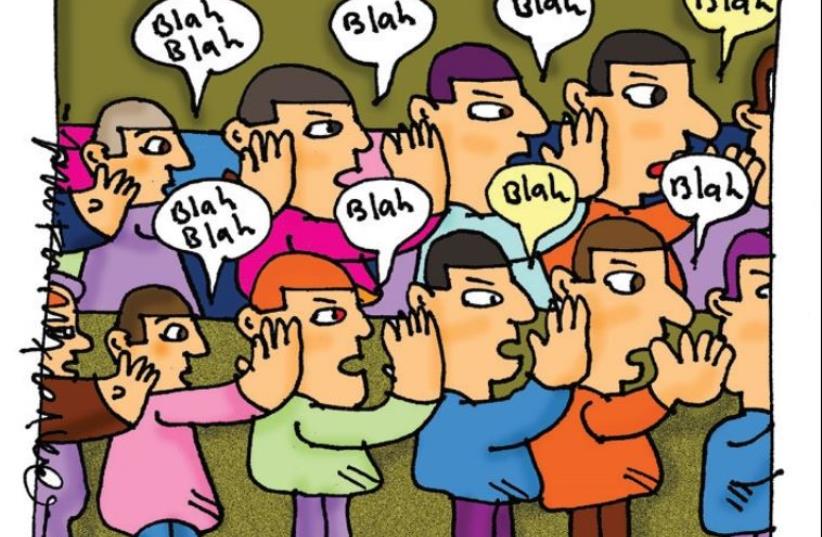 Can gossip be in any way “good” in the moral sense of “good”?
(photo credit: PEPE FAINBERG)
Advertisement

Frederick the Great was once approached by one of his advisers. The adviser said, “Your Highness I heard we might go to war but no one will tell me. What is the truth?” Frederick said to his adviser – “Can you keep a secret?”

“Of course,” answered the adviser.

We all know it is hard to keep a secret. Not because we cannot keep them, but because those we tell don’t know how to keep a secret. Perhaps trying to restrict people’s speech is a hopeless cause. This week’s parasha, traditionally associated with lessons about speech, can appear quixotic in the extreme. We live in a world awash in gossip. Can we really persuade people to stop, to keep things to themselves?

I do not believe we can eliminate gossip, despite the many admonitions against it in our tradition. We can increase our awareness of certain aspects of gossip however, and that may help curb some of its greater excesses. Three truths of gossip to keep in mind:

But when you like someone, you immunize yourself to gossip. “Listen, I love this guy – we are best friends. But I must admit, I can’t get the guy to leave a tip.” Now you have effectively gossiped without looking like a jerk.

Beware the Teflon gossip. If you come out of it looking good, that makes it worse, not better.

Second, we gossip for status. That is why employees gossip about their bosses, but bosses almost never gossip about their employees. We gossip about those with the same status as us or higher status – famous people, rich people. It’s about taking others down and elevating ourselves thereby. They aren’t so great, and moreover, we are in the know, in the magic circle of those aware that this guy is cheating on his wife. Knowledge is status and sharing it improves one’s stature.

No matter what we say, the motivation for gossip is almost always titillation and status, not justice.

Finally, gossip requires two. Not long ago columnist Alexandra Petri wrote about a congressman who showed nude pictures of women he slept with to other members of his party. She wrote: “…if it happened more than once – if it happened twice, even – that is because the first time went better than it should have… You produce your photograph to your colleague, and your colleague looks at you and says, ‘Never show that to anyone, ever again. Go home and rethink your life. I do not feel closer to you…’”

Petri said she was making a plea for “small, awkward no’s.” It is socially uncomfortable to say to someone you don’t wish to hear this or that. But such everyday acts of emotional courage are gymnastics of the soul. It is how we build the muscles of bravery in the face of a world that would always compromise us.

We have a vast treasure of carefully wrought wisdom on gossip from the Chofetz Chaim (Rabbi Yisrael Meir Kagan). His distinctions are subtle and his line uncompromising. Here is my far less authoritative and admittedly less absolute advice:

Life and death, says Proverbs, are in the power of the tongue. Use your weapons wisely. ■

The writer is Max Webb Senior Rabbi of Sinai Temple in Los Angeles and author of David the Divided Heart. On Twitter: @rabbiwolpe.