88 complaints; Israelis have much to say about Kan’s new style 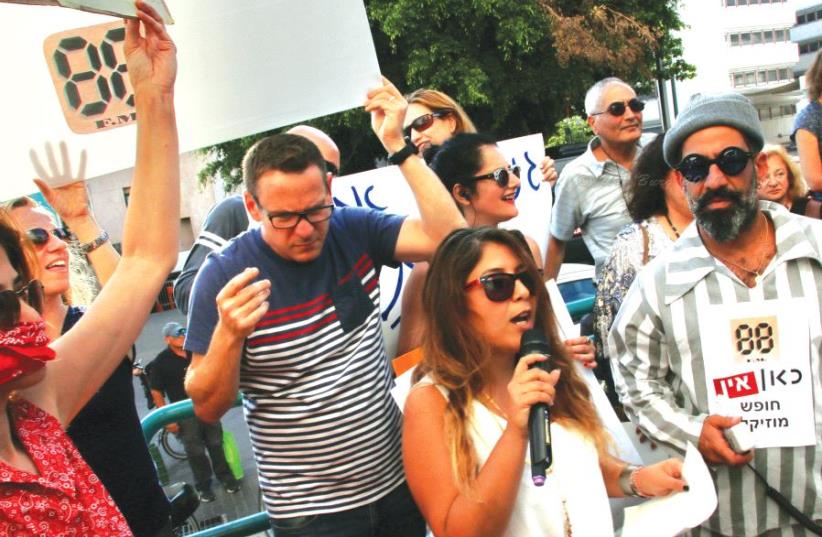 Activist Hila Shagan at the demonstration in Tel Aviv last week, organized by Mishmar88
(photo credit: UDI BURG)
Advertisement
At the risk of mixing my metaphors, something is afoot across the airwaves. since the Israel Broadcasting Authority (IBA) was officially closed last month and replaced by the Israel Broadcasting Corporation (IBC) aka Kan, there have been across-the-board changes made to the programming of the eight radio stations taken under the new body’s wing. For music lovers, that is most keenly felt at Kan88 – formerly 88FM. The station has been unique in the world of tight radio formats, with smart and seasoned DJs who are actually music fans offering a dazzling array of styles and artists. It’s the only station in Israel – and probably one of the few in the world – where you could hear contemporary artists like Wilco and Radiohead next to jazz visionaries like Miles Davis and indie local artists. Listeners of 88FM were among the most loyal, whether listening to the eclecitism of the morning drive-time show ‘Rocker Tov’ by Boaz Cohen or late-night free-form jazz.