A trip of a lifetime in the face of loss

The IDF Widows and Orphans Organization made the summer special for children who have gone through an unspeakable loss. 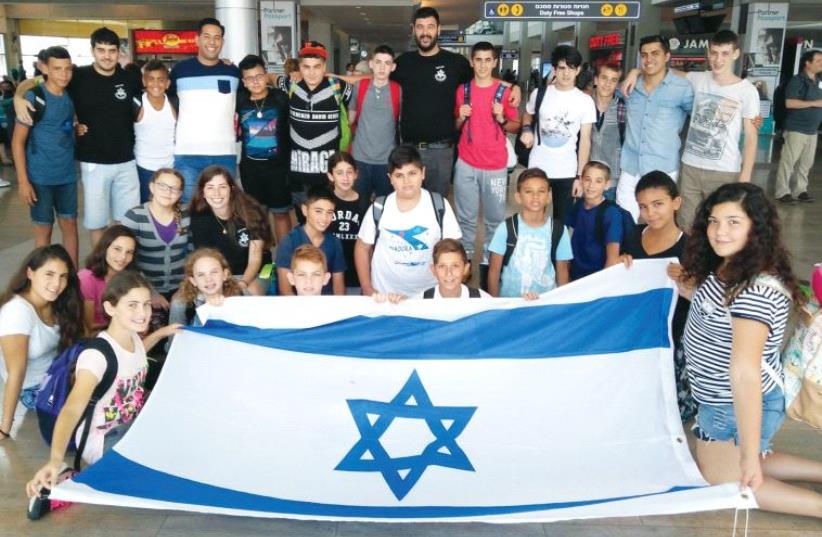 The group preparing to depart from Ben-Gurion International Airport
(photo credit: IDF WIDOWS AND ORPHANS ORGANIZATION)
Advertisement
The dreams of a normal life seem so distant for anyone who has been through a tragedy.One Israeli organization, however, made the summer special for children who have gone through an unspeakable loss.

For three weeks, thanks to the non-profit IDF Widows and Orphans Organization, 24 children who each experienced the loss of a parent serving in the IDF, police, prisons service, the Mossad or the Shin Bet (Israel Security Agency) were given a special trip to the US and Canada.Though these children had to grow up fast after facing the death of a parent, they were able to be kids as they toured American and Canadian landmarks, and interact with kids their age by going to summer camp.The trip is an annual IDFWO initiative specifically for bar- and bat-mitzva- age boys and girls. The trip began in Toronto, then the delegation visited Chicago. The next stop was New York City, then Scarsdale, New York, and then to Camp Ramah in the Berkshires, a Jewish summer camp. The trip ended in Great Neck, New York.Along the way, the delegation went to Niagara Falls, visited the Statue of Liberty and had a special day at Six Flags Great America amusement park just outside Chicago.Segev Ohayon, 12 from Upper Nazareth, was one of those who participated in the trip this year. When he was only six years old, his father, Hanan, perished in the devastating Carmel Forest fire of 2010 while evacuating inmates from Damon Prison near Haifa. “He was a hero,” Ohayon told Magazine. He described how strange and lonely things seemed after his father’s death, but eventually learned that “everything will be all right,” thanks to the support he received and friends he made from the event. For other kids who go through a deep tragedy, Ohayon has wise words: “Keep going on with your life.”Although participants met each other before the trip, Ohayon said that they “became like a family” over the course of the unforgettable three weeks.“I did things that I never thought I would,” he said, gushing over his visits to Niagara Falls and the Statue of Liberty. 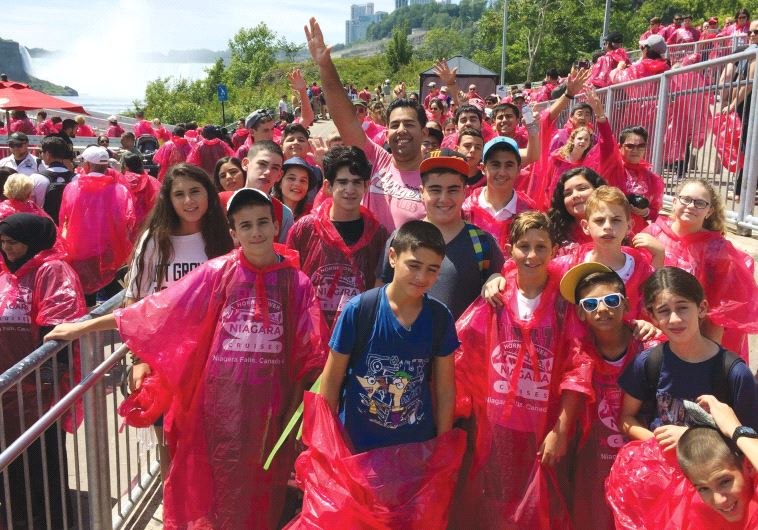 The IDFWO group, ready for Niagara Falls
The trip was well-documented online via Facebook, where images of the smiling children made it apparent why a trip like this is so crucial. The group even garnered the attention of the international media, with Canadian news station CTV profiling the group’s visit to Toronto.One particularly touching post showed one of the children reading the Traveler’s Prayer on the bus as they were leaving Scarsdale. Another showed the kids in red ponchos, all ready to experience Niagara Falls.The organization describes the annual trips as providing “a safe space for [children] to share, support, laugh and grow together.”Ohayon said the trip gave him a boost of self-confidence as well as a sense of responsibility and independence.“You’re there alone, without parents. You have to be organized, pack your own bags... and learn how independent you really are.”When they weren’t at camp, the children were hosted by a number of families in the Jewish community, who lovingly opened their homes to the group.Ohayon spoke fondly of them, saying he enjoyed just being able to chat with them and share stories.He expressed tremendous gratitude to every person who made the trip possible, including the trip leader Shlomi Nahumson, the counselors, some of whom are IDFWO orphans themselves, and the members of the American Jewish community who welcomed the group. “It was the most meaningful experience of my life,” he said.Another participant, 13-year-old Kfir Gai from Lapid, near Modi’in, said the families in each city were nice and made the participants feel at home. Gai’s father, Ariel died, after succumbing to an illness while serving in the IDF. Kfir’s favorite part of the trip was going to Six Flags, especially because he said there is nothing like it in Israel. “I learned to do new things and to be less afraid,” he told the Magazine.
Volunteers including Dr. Yael Halaas and her husband (center) hosted participants on their three-week tour
The experience also seemed to be meaningful for the hosts as well. Dr. Yael Halaas, a facial surgeon in Manhattan, hosted three children as well as the program’s director and a counselor.She has been involved with the IDFWO for the past three years and during this particular visit, hosted a havdala ceremony for the delegation and members of her community. “All the children and counselors really bonded together,” she said.Halaas noted that the children were “incredibly mature [and] respectful.”“Our entire community [was] touched by the experience,” she told the Magazine.“I’m proud to be part of the organization,” though she hopes that in the future, there will be no more widows and orphans.Some hosts were especially glad to host since their own children are grown up and out of the house.Back in Israel, the organization provides a plethora of services and activities for some 8,000 widows and orphans of personnel who died in service to their country. The organization is responsible for activities for participants of all ages, ranging from social and financial support for widows to scholarships for orphans. The organization was established in 1991 to fill in where the state leaves off and is the sole state-recognized organization serving this community, an IDFWO spokesman said.For example, in the past month, volunteers have been preparing backpacks filled to the brim with school supplies for children entering first grade this year. Services for widows are provided as well, such as vacations, day trips and grants and loans provide financial assistance.Another program, called A Widow for A Widow provides emotional support to a widow in need from someone who also lost their spouse.