The American rapper once known as D Black traversed an unusual road before finally ending up in Israel. 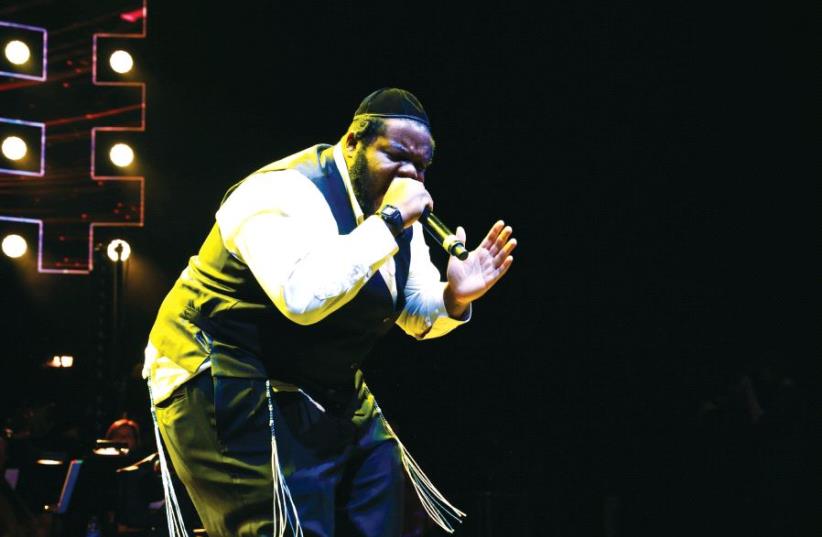 Rapper Nissim Black performs in a concert
(photo credit: SHIMI KUTNER)
Advertisement
‘Are you trying to kill me?” It was these words, delivered over the phone from a fellow rapper, that made D Black, born Damian Jamohl Black, realize he had to leave the hip-hop game.About five years ago, he was caught up in a South Seattle street beef with a rival music maker who’d barely escaped a shootout, which the rival perceived as a hit that Black had ordered. Black says he had done no such thing, but all the same he realized that his line of work was no longer safe for him or his family.Yet when one door closes, another one opens, and the exit from the US rap scene was the beginning of a rather unusual and remarkable transformation.Rapper Nissim Black performs in a concert (photo credit: SHIMI KUTNER)NOW KNOWN as Nissim (Hebrew for miracles), Black sits, flanked by his manager and an associate, at a cafe in Jerusalem’s Rehavia neighborhood. He lives down the street.Stockily built, he entered the cafe with a prayer book under his arm and refuses to eat anything because the cafe’s lemehadrin kashrut certification isn’t adequately strict for him. He doesn’t order a coffee or a juice, and instead sips tentatively from a glass of water.He now dresses in Lithuanian hassidic garb, complete with sidelocks, peppering his conversation with Yiddish and delving into Jewish philosophy, scooping the air with clenched fists and outstretched thumbs like a Talmudic scholar arguing passionately over one of the more esoteric points of Gemara.He’s just returned from a tour in South Africa, where the yeshiva students in the audience, barely a week after its release, knew the words to his single “A Million Years.” He may have left the Seattle rap game, but now he raps about God and godly living.“I’m putting out music. I’m not cursing in it, I’m not shooting anybody, I’m not stabbing anybody,” Nissim tells The Jerusalem Post Magazine. “Chasing money and the darkness, and the drugs and that, it was a tremendous kindness that Hashem took me out of that, and I only want to share it with other people – yiddishkeit – even people who don’t have any idea what Shabbos is,” he goes on. “I was in a situation where either I take someone else’s life or he takes my life. It wasn’t who I was on the inside.”He speaks of the street beef that could’ve gotten him killed or locked up in his former life and how he left when his career was reaching a zenith.“Everything was buzzing at the time,” he says.He was friends with Seattle rap stars Macklemore and the Grynch. His music was beating out that of his idols Mos Def and Jay-Z on college radio, and his music videos were on MTV. One of his songs was given a track on a rap compilation album with internationally acclaimed artists like Busta Rhymes.“And then there’s little old me from Seattle,” he jokes.The producer of the record got feedback from listeners who told him: “I don’t know who D Black is, but ‘Godlike’ is my favorite song on the compilation.” 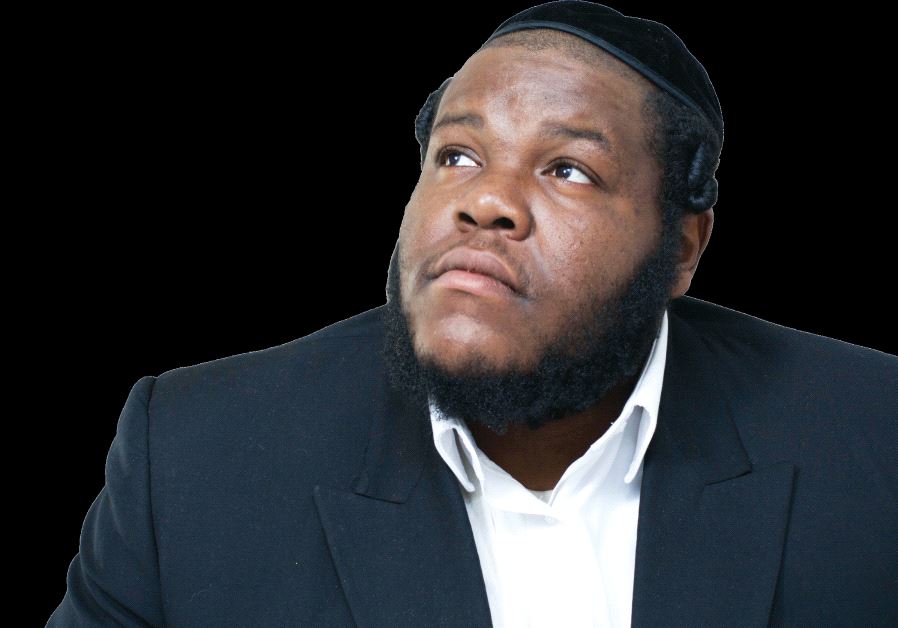 Rapper Nissim Black.(photo credit: MOSHE KENAN)RAISED A Christian, Nissim also once prayed with his Muslim grandfather five times a day and dabbled with Messianic Judaism before settling on Orthodoxy.Asked if he thinks he’ll migrate to Buddhism or Hinduism in a couple of years, he responds that he doesn’t anticipate it.“Lottery winners blow through their money in a short period of time because they were given it,” he says. “People who earn their money have a harder time parting with it. It’s the same thing with Judaism. The other religions were given to me, but I found Judaism on my own.”Nissim, his four children – ages eight, four, three and one – and his wife, whom he’s known since 11th grade and who converted to Judaism not long after he did, made aliya in March 2016.“I had already decided a long time ago, but that doesn’t do anything in the house,” he says, and likens his move to God telling Abraham “Lech lecha!” It took his wife some time to decide about whether the move was something she wanted to take on, but once she responded positively, she found that Nissim had already filled out all the Nefesh B’Nefesh paperwork.And for now, things are going swimmingly. Nissim’s sister and his wife’s sister, both converts, also live in Jerusalem, just down the street in Rehavia. He walks his son to school every day in Mea She’arim, where he’s something of a star.“He gets mobbed and jumped on,” his manager chimes in.The most challenging thing to adapting to life here? “I don’t have a car,” Nissim says.“That’s about it.”Still, not everything is roses. Nissim alludes to tension with his family over his conversion and aliya.“My biological father is a Christian theologian. He’s a professor. I miss him dearly, but I haven’t talked to him in a year,” he says.Of his biological father and his stepfather, he shrugs and says: “They don’t understand Judaism. They just see a whole other human being. I can’t stand the fact that they don’t really know my kids – that’s hurtful. But to see me successful as a person, as a spiritual individual, and to see that I’m still doing music, they’re very, very happy.”When asked if it’s a distance problem given that they’re in the States, or whether it’s a personal distance problem, he responds: “I think it’s a little bit of both.”His friends from the rap days offer a bit more of a light-hearted response, one christening him with the nickname “Jew-pac Shakur.” Even so, Nissim no longer listens to the type of music he used to make.“I don’t have a taste for it anymore,” he says.NEXT FOR Nissim is more of the same.He’s releasing a new album called Lemala and calls it “coming full circle” from his last album, Aliya.“I want to keep making music and inspiring people... [to] speak at more yeshivas,” he says. “This is home. I don’t plan on going back anywhere.: Having gone on tour, he says he now knows there’s no other place.“We just got back from São Paulo and Germany, Toronto, South Africa, back and forth to America,” he says. “I’ve seen beautiful places – Cape Town’s gorgeous. [But] it has nothing on the Kotel.”