Following the secrets of the Sefunim Cave and Stream

Apart from the beauty of the trail itself, the hike offers many surprises. The most beautiful among them is the Sefunim Cave.

By MEITAL SHARABI
Sefunim Cave
(photo credit: HADAR YAHAV)
Advertisement
The southern Carmel offers numerous wonderful trips, many of which are ideal for families with children. Within an hour’s drive from Israel’s center, along the Mediterranean coast, you have the choice of many different trips to see the wonders of nature.One of my favorite family-friendly tracks is along the Sefunim Stream. The stream’s path runs along a charming grove and attracts travelers all year around. The dense wood offers protection from the sun and the wind, allowing you to hike there even on days when the weather is not ideal.The track along the Sefunim Stream is circular, and is about four kilometers long. When the weather is good, you can definitely spend a whole day, or at least about four hours, there.While the hike is suitable for families, it is considered moderately difficult, and is not accessible for strollers. It is important to take this into account if you think of spending the day there with the little ones. In the winter, when it rains often in the Carmel mountains, the path can be slippery or even flooded.The Sefunim Stream is part of the Carmel National Park, and is one of the smaller streams that pass through its territory. During the rainy season, the stream fills with water flowing from the mountain on the way to the Mediterranean Sea. In dry periods, when the water in the stream is not the main attraction, you can simply walk along trail and enjoy the view.Apart from the beauty of the trail itself, the hike offers many surprises. The most beautiful among them is the Sefunim Cave.Some of the caves along the course of the stream date back to prehistoric times and evidence was found that they were used by cave dwellers as living quarters. The Sefunim Cave is the most magnificent in the area. It is a large stalactite cave, created by rainwater eroding the limestone. Sefunim is one of dozens of limestone caves, so if you look carefully, you will be able to spot many in the mountainous landscape. 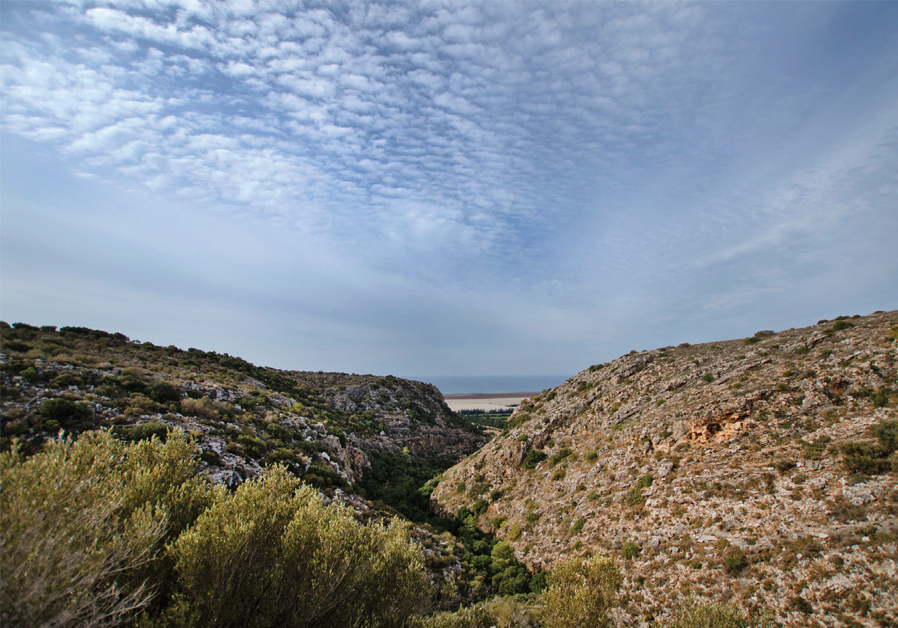 Carmel National Park (HADAR YAHAV)Access to the site is convenient; it is possible to get there by walking on a trail from Route 4, where there is an improvised parking area just across the road. Make sure to park in a way that doesn’t block the road and be careful when you cross. If you prefer to play it safe, you can leave your vehicle at Moshav Megadim and follow the trail from there, which is marked red.Soon after you embark on your hike, you will notice banana groves, and at that point, the trail splits into the red path, which leads to the stream, and the blue path, which takes you along the hike in the opposite direction. While the trail is circular and you can start either way, I recommend taking the red path in order to get rid of the incline in the beginning.After a short walk along the trail, you will see the remains of an old quarry. The rusty ruins might seem disconnected from the mountainous landscape, but they serve as evidence of the only formerly active quarry in the area. Before realizing the geological damage caused by quarrying, it provided raw materials for the paint industry. The remains attract curious visitors, especially children; be careful not to climb on them despite the temptation.After seeing the old quarry, you can continue along the trail and follow it to the stream. You will notice that the vegetation grows thicker and thicker. After about a kilometer of moderate walking, you will spot the right turn to the Sefunim Cave.The cave itself cannot be seen from the path and it is easy to miss it, so pay close attention as you walk. To reach it, follow the trail marking, and hike up the trail.If you are afraid that you missed it, do not worry. After a short walk, the red trail will meet the blue trail from before. If you have reached this point without finding the cave, you can just return and search for it again.Although it is not possible to enter the cave during the winter, as it is home to a colony of bats that hibernate there until March, it is worth looking at it least from the outside. 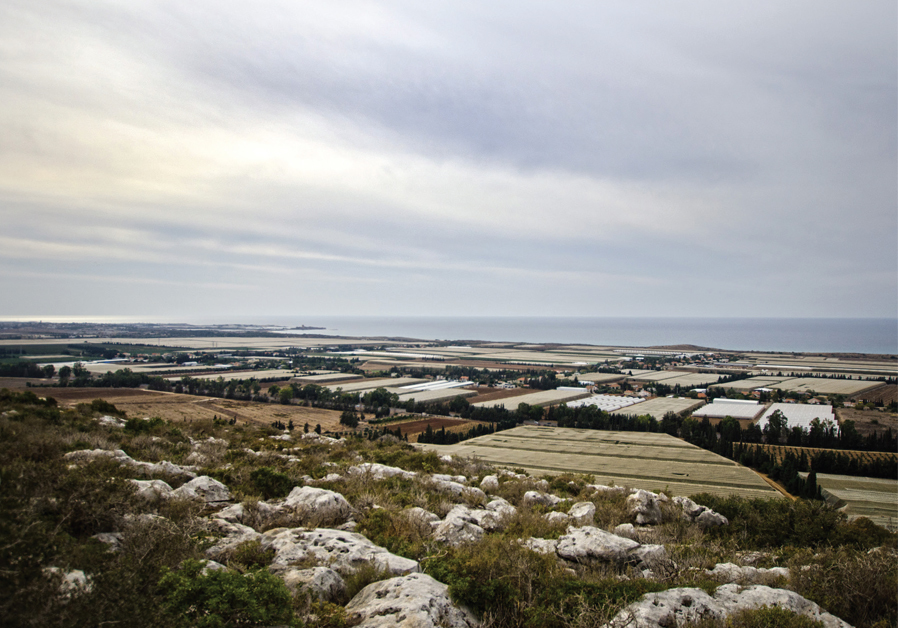 Carmel National Park (HADAR YAHAV)The cave is also called Iraq al-Baroud (Gunpowder Cave). It was given its unique name because the Arab tribes in the area used it to shelter their sheep. In order to use the cave, they had to get rid of the bats, which they did by exploding gunpowder in it.From the outside of the cave, you will be able to see an archway. This opening leads to two caverns within the cave. In the second cavern, you will be able to see beautiful stalactites. Apart from the stalactites, the cave contains evidence from prehistoric times: rocks with fossils of ancient animals.Once you’ve explored the cave’s secrets, return to the red trail and continue on it until it splits into several paths. Leave the red path and follow the blue one, leading to the other bank of the river and towards the end of the circular path.As you walk along the blue trail, you reach will reach Megadim cliff, overlooking the open landscape, from where you can also see the fortress of Atlit and Moshav Megadim. After stopping for a well-deserved break, follow the path that descends the hilltop and brings us back to our starting point.As you walk down, you can do a few short stops, for example by the carob tree, which is almost halfway down.Directions: Turn north from the Beit Oren Junction until you notice the sign on the right, which leads to The Sefunim Stream. You can park in the parking lot near the road. Translated by Juliane Helmhold.