They don’t dance on Shabbes

Spotting a lack of opportunity for religious hip-hop dancers, Raquella Siegel Raiz introduced the Battle of the Crews competition for all-female performers and audience. 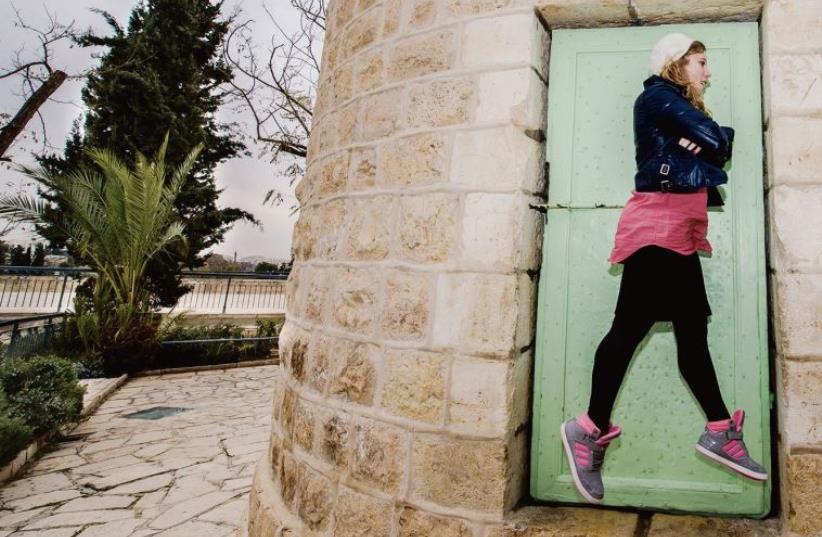 Raquella Raiz.
(photo credit: REBECCA KOWALSKI)
Advertisement
On the evening of June 14, 15 young hip-hop “crews” with names like Pink Monsters, Lady Boom and Nu Flavah will compete for cash prizes in the third annual Israeli national Battle of the Crews competition. This year, the dance contest will take place in Mevaseret Zion, and will include groups of dancers from 15 municipalities.It isn’t the only hip-hop competition in Israel, but Battle of the Crews specifically provides a non-Shabbat opportunity for girls from across Israel to strut their stuff before an all-female audience and judges. About half of the 200 expected contestants this year are modern Orthodox young ladies – as is organizer Raquella Siegel Raiz of Efrat, 28.The others even include a few non-Jewish participants, drawn by the reputation of the competition. Raquella – everyone refers to her by her first name – began Battle of the Crews in New Jersey when she was in high school, and it took on a life of its own, continuing annually at the JCC on the Palisades in Tenafly after she moved to Israel in 2007.“It’s very cool to see the potential the event has to take place anywhere in the world,” says Raquella, who teaches hip-hop at Orot Habama in Mevaseret Zion and in the Efrat community center.“When I made aliya, Battle of the Crews made aliya with me. I want to be able to challenge and impact girls in the dance community wherever I am.”Growing up in the modern Orthodox enclave of Teaneck, New Jersey, Raquella took classes in several different dance disciplines in nearby New York City. “I come from an athletic background and I fell in love with hip-hop because it’s a very expressive form of dancing and it’s also very athletic,” she recalls.Hip-hop is a street-dance style incorporating moves called breaking, locking and popping, created in the 1970s and popularized by dance crews in the US. Breakdancing, a sub-specialty of hip-hop, is dominated by male dancers while hip-hop remains primarily a female style.“Once I got training in ballet and modern, I understood the power of dance in general, whether you’re dancing in your living room or you’re a prima ballerina up on stage in Lincoln Center,” relates Raquella. “It’s just an incredible way to express yourself in a physical way.”However, she found it difficult to participate in performances without compromising her religious way of life.“That’s where the Battle really stems from,” she explains. “Many competitions and performances were held on Shabbat or in an atmosphere I didn’t feel comfortable in. So I decided to create an atmosphere where I, and others like me, could feel comfortable.”However, she stresses that Battle of the Crews is not limited to Orthodox dancers, only to serious female practitioners of the performance art.After moving to Israel as a single woman, Raquella began teaching in private studios and community centers. “I saw a lack of opportunities to challenge these girls, as well as a lack of competition in the hip-hop dance community,” she recounts.“My vision is to enable dancers to challenge themselves through competitive dancing, and to enhance and develop the hip-hop dance scene in the greater Jerusalem area while putting Israel’s capital on the map.”At a summer dance class in New York four years ago, Raquella met Shaked Avisar, co-owner of the hip-hop Studio Loud in Ra’anana. The two women partnered up to launch the first Battle of the Crews in Israel. Avisar will bring her girl crews to the competition this year, though Raquella is now running the event with Hanan Cohen, owner of the Orot Habama studio. Mevaseret Zion council head Yoram Shimon is an active supporter. Each participant pays a fee that gets funneled into the prize money. The first-place team on the elementary- school level will win NIS 1,000; on the junior-high level, NIS 2,000; and on the high-school level, NIS 3,000.The evening will be hosted by singer Jessica Katz, a niece of Steven Spielberg and daughter of actress-producer Nancy Spielberg-Katz. Katz appeared in the original Battle of the Crews in New Jersey with Raquella, made aliya and competed last year in The Voice under the tutelage of Aviv Geffen.Judges for Battle of the Crews this year include Mor Adelle Nahum, an upand- coming dancer from Israel on the Los Angeles scene; and Jocelyn Odenheimer, who has an extensive background in Broadway productions and works with various New York choreographers.When the June 14 Battle is behind her, Raquella and her husband, Levy, can focus their energies on another project: the expected arrival this summer of their second child.Raquella says hip-hop has helped her stay in shape during her pregnancies; she continued teaching up to three days before the birth of her daughter Yael, now 16 months.“It’s the best thing, with doctor’s approval, for women to move while they’re pregnant. I’m fortunate to have a career in movement.”

Battle of the Crews will take place Sunday at 6:45 p.m. in the Payis gymnasium in Mevaseret Zion.