Analysis: No tears in Jerusalem over Davutoglu’s departure

Davutoglu’s attitude toward Israel and the Jews was not seen as much different or better than Erdogan’s. 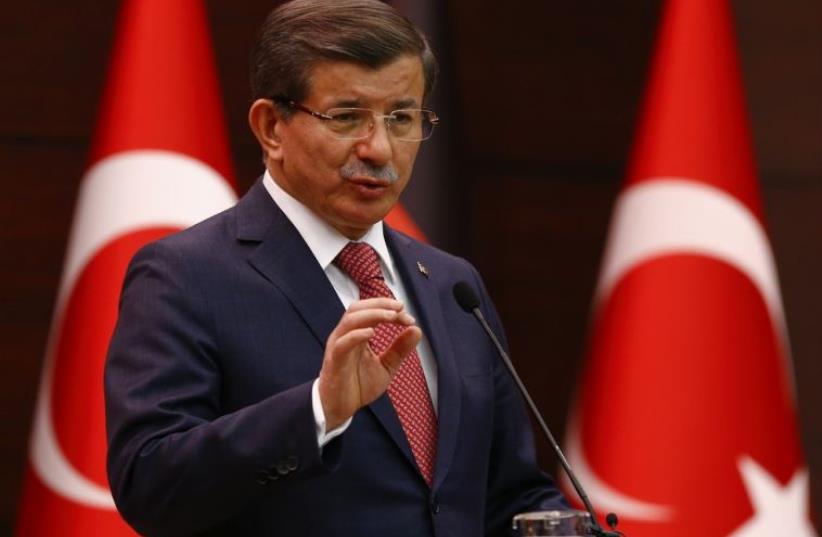 Turkish Prime Minister Ahmet Davutoglu
(photo credit: REUTERS)
Advertisement
The resignation of Turkey’s Prime Minister Ahmet Davutoglu on Thursday may be causing headaches in Washington, where he was seen as a possible brake on President Recep Tayyip Erdogan’s efforts to consolidate power. The move may be a source of consternation in Europe, which saw the former professor as a possible reformer But Jerusalem is one capital where his departure will not be mourned.Not because Israel has any faith in Erdogan, but rather because Davutoglu’s attitude toward Israel and the Jews was not seen as much different or better than Erdogan’s.Davutoglu, who served as Erdogan’s chief adviser from 2003 to 2009, his foreign minister from 2009 to 2014, and prime minister for the last two years, was the ideological architect of Ankara’s foreign policy under Erdogan, a foreign policy that has essentially left Turkey friendless in the region, with the exception of Hamas and Qatar.And it is a foreign policy that placed at its center a distancing from Israel.Although the 2010 Mavi Marmara incident in May 2010 is often seen as the negative turning point in Israeli-Turkish ties, the truth is the deterioration took place long before that.As Hay Eytan Cohen Yanarocak, a researcher on Turkey at Tel Aviv University’s Moshe Dayan Center, wrote in 2012 in The Jerusalem Review, “Understanding the roots of the current Justice and Development Party’s (AKP) foreign policy toward Israel first requires a knowledge of Davutoglu’s perception of the Jewish state.”Yanarocak pointed out that Davutoglu published a book in April 2001, called Strategic Depth, in which he outlined his anti-Israel sentiments, “declaring that a Jewish Israel is not suitable to the Middle East, and emphasizing differences between anti-Semitism and anti-Zionism.“As the mastermind of neo-Ottomanism, which encourages Turkey to promote engagement with the nations of the former Ottoman Empire and influence their policies, Davutoglu argued that Israeli- Turkish relations undermined the implementation of Turkey’s responsibilities derived from its Ottoman past,” Yanarocak wrote. Davutoglu, he pointed out, accused the Turkish Armed Forces of adopting an Israel-oriented foreign policy.Under Davutoglu’s influence that all changed, and it did not start with the Mavi Marmara, but rather with a 2006 visit to Ankara by a Hamas delegation.Things went downhill from there, with the lowlights being Erdogan’s storming out of a session with then-president Shimon Peres at the World Economic Forum in Davos in 2009, and then-deputy foreign minister Danny Ayalon’s “low sofa” incident with the Turkish ambassador in January 2010.Davutoglu’s anti-Israel positions and rhetoric often equaled those of Erdogan. Indeed, now that NATO granted permission this week for Israel to open a permanent office in its headquarters in Brussels, it is a good time to remember that Davutoglu boasted in 2011 that Turkey had kept that same exact move from happening then.No, Israel is shedding no tears over his departure. What impact, if any, it will have on Turkish-Israeli ties, and on the seemingly endless negotiations over an Israeli-Turkish reconciliation agreement, will depend on whom Erdogan picks as his successor.It is doubtful, however, that Erdogan is going to pick someone whose opinions on the major issues will be much different from his own, and Erdogan’s antipathy toward Israel is well known and documented.Outspoken Maj.-Gen. Yair Golan, the IDF deputy chief of staff who set off a firestorm Tuesday with his comments about Israeli society on Holocaust Remembrance Day, made another undiplomatic speech in March that made waves.“As long as Turkey is ruled by a party with a strong Islamist orientation, by a ruler as adversarial as Erdogan, as long as this is the situation – we can expect problems and challenges,” he said.Davutoglu’s exit will not change that, unless Erdogan believes that his country’s unenviable strategic situation is self-defeating, and he wants to break out of it.In this case, Davutoglu’s leaving could enable a change because Erdogan – if desirous of changing course – could elegantly dump all the country’s foreign policy problems on Davutoglu, and change direction.That’s if he wants. There is, however, no sign that this is indeed something Erdogan wants.