Arabs to Davos: Invest in us, don't fear us

By REUTERS
Tunisian Prime Minister Hammadi Jebali at Davos 390
(photo credit: REUTERS)
Advertisement
DAVOS, Switzerland - Leaders of the Arab Spring sought to assure the world's elite in Davos that the rise of political Islam is not a threat to democracy, and pleaded for help creating jobs and satisfying the hunger of their people for a better life.Politicians, activists and entrepreneurs from countries that have cast off dictators and held free elections in the last 12 months were prized guests at the World Economic Forum, where they asked for patience, understanding and investment.The new prime ministers of Tunisia and Morocco, both chosen from Islamic parties, dismissed Western worries about a surge of political Islam across North Africa and sought to dispel the notion that the promise of last year's protests had faded."I do not believe the new regimes should be called political Islamist regimes. We must be careful with our terminology... For the first time in the Arab world, we have free and honest elections that led to democratic regimes," Tunisian Prime Minister Hammadi Jebali told a Davos panel.Twelve months ago, stunned Davos delegates watched live television images of crowds surging into Cairo's Tahrir Square in a political earthquake few had anticipated.Arab officials and civil society activists urged Western executives and commentators not to demonize the Islamic movements that have gone from prison to parliament and the corridors of power in a year of stunning transformation."I would like to ask the businessmen in the room. Have you suffered from the victory of the Islamists? You supported the dictatorships in the past," Moroccan Prime Minister Abdelilah Benkirane said. 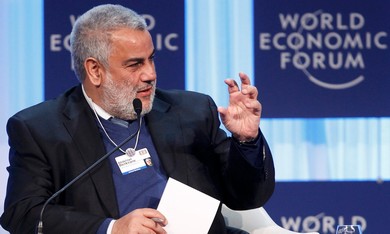 "Today we can guarantee your interests more than they did in the past."Officials trying to meet huge expectations for economic improvement, jobs and social progress in newly democratic states that suffered big losses during the upheaval said the Arab Spring would take years to produce results."One year ago, when the revolution starts, I think we were dreaming, and we were dreaming with our feet in the sky. Now we are still dreaming, but we are dreaming with our feet on the ground," said Mustapha Kamel Nabli, governor of Tunisia's Central Bank.
West concerned with Islamists' gains at the polls For some Western commentators, the results have taken a worrying turn with a surge of support for the Muslim Brotherhood and the rise of more radical salafists, adherents of a more fundamentalist view of Islam.But from many Arabs' viewpoint, the success of religious-based groups is not surprising, and the suggestion that Islam and democracy are incompatible is insulting.Moez Masoud, an Islamic scholar and preacher at Egypt's Al-Tareeq Al-Sah Institute, said opinion polling showed people voted for Islamic groups in Egypt primarily because they were the most organized and effective."It wasn't about bikinis or no bikinis, or whether to implement Sharia law. It got down to jobs, money and security, and the people wanted the best-organized groups," Masoud said.In interviews and in public remarks, Arab delegates said the debate over Islam and democracy was a distraction at a time of deep economic crisis in Egypt and elsewhere."All of us love Islam and respect Islam, but (jobs) is the main issue now," said Amr Khaled, a televangelist who created a popular Egyptian television show. Egypt's economy "is in intensive care," he said. 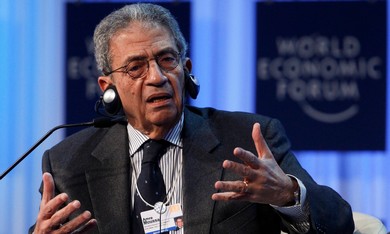 "We have to get busy and keep busy with the situation in the country," Amr Moussa, foreign minister under Mubarak and now an Egyptian presidential candidate, told Reuters. Debates over the role of Islam in politics were "issues of secondary importance."Egypt faces an economic emergency. The political turmoil has pushed up unemployment, widened budget and balance of payments deficits and drained foreign reserves. Many economists believe a devaluation of the Egyptian pound is imminent.
Advertisement
Subscribe for our daily newsletter