Gaza terror factions began a large-scale drill amid high tensions in the West Bank and unconfirmed reports that mediation efforts with Israel had failed.

Palestinian militants from the Popular Front for the Liberation of Palestine (PFLP) take part in a military show to celebrate the 47th anniversary of the group's founding, in Khan Younis in the southern Gaza Strip December 11, 2014.
(photo credit: REUTERS/IBRAHEEM ABU MUSTAFA)
Advertisement

The so-called “military” wings of several Palestinian factions on Sunday said they have launched a large-scale, joint maneuver in the Gaza Strip.

The announcement came amid growing tensions in the West Bank and calls by Hamas and other Gaza-based factions for stepping up attacks against Israel.

It also came in wake of unconfirmed reports that Egyptian mediation efforts to prevent an all-out military confrontation between the Palestinian groups and Israel have failed.

The maneuver, the second of its kind in the past year, aims to “raise military readiness” for a possible confrontation with Israel and increase coordination between the factions, according to the “Joint Room of the Palestinian Resistance Factions,” which includes most of the armed groups in the Gaza Strip.

The maneuver will continue for several days at training sites, it said in a statement. At least 12 groups were taking part in the exercise, Palestinian sources said. 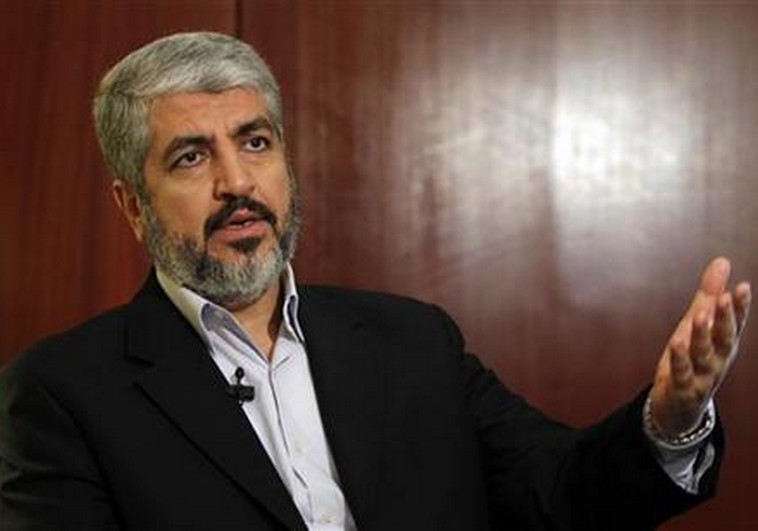 Earlier this month, Izzadin al-Qassam Brigades, the so-called “military” wing of Hamas, held a military exercise called Shield of Jerusalem. The drill was held to mark the 34th anniversary of the founding of Hamas.

Sunday’s joint maneuver came one week after the armed wings of Hamas and Palestinian Islamic Jihad (PIJ) said they had reached an agreement to “strengthen the resistance” against Israel and increase coordination between the two terrorist groups.

Hamas and PIJ praised the growing attacks against Israelis in the West Bank and Jerusalem, saying they came in response to “settler terrorism and crimes of the Zionist occupation soldiers.”

The groups also expressed full support for “all forms” of attacks against Israel.

Over the past two weeks, senior Hamas and PIJ officials held a series of meetings in the Gaza Strip and Lebanon to discuss preparations for a possible military confrontation with Israel.

Hamas leader Khaled Mashaal and PIJ Secretary-General Ziyad al-Nakhalah, who met in Beirut two weeks ago, issued a joint statement in which they agreed on the “importance of strengthening the resistance, especially in the West Bank, and emphasized their adherence to the option of resistance as the only way to confront the occupation, liberate the land and restore [Palestinian] rights.”

Mustafa al-Sawwaf, a Hamas-affiliated political analyst, said the meetings and the joint maneuver aim to send a warning to Israel that the terrorist groups are ready to “repel any aggression on the Gaza Strip.”

“This could be the last warning before the explosion,” he told the Quds News Network, adding that the warning was also directed toward the Egyptians, who have been acting as mediators to avoid another war in the Gaza Strip.

Mohammed Abu Askar, a senior Hamas official in the Gaza Strip, said the joint exercise was aimed at sending a message to Israel that the Palestinian factions are ready for a military confrontation.

Another Hamas official, Zaher Jabarin, said the West Bank is witnessing a “massive popular uprising.” The Palestinians are ready to make “sacrifices until they achieve victory,” he said.

The Palestinian Authority, meanwhile, said the Palestinians “will not allow the continued aggressions of the occupation and its settlers” in the West Bank.

PA presidential spokesperson Nabil Abu Rudaineh accused Israel of “playing with fire,” adding that the situation in the West Bank has become “unacceptable and intolerable.”

The Palestinians “possess all the means to defend their rights, and their capabilities and determination should not be underestimated,” he said.

Abu Rudeineh said more than 250 Palestinians were injured in violent clashes with soldiers and settlers in the northern West Bank over the past 24 hours.

He also criticized the international community for remaining “silent in the face of these repeated crimes.”

Hussein al-Sheikh, head of the PA’s General Authority of Civil Affairs and a member of the Fatah Central Committee, called on the international community to provide immediate protection for the Palestinians, “who are being killed and are having their homes and lands burned by organized racist gangs.”

The PA Foreign Affairs Ministry said it was “astonished” by the failure of the international community to speak out against the “violence” by the IDF and settlers.

The clashes that erupted in the village of Burka in the northern West Bank over the past two days prove that international protection for the Palestinians has become a necessity, the ministry said.