An annual EU sum of some 20 million euros is earmarked for Palestinian legal battles against settlements and the security barrier. 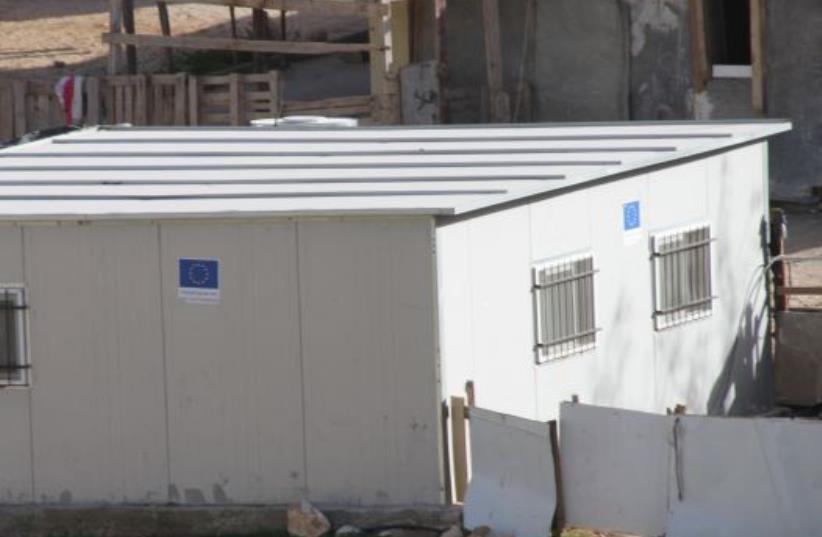 The European Union has spent half-a-billion dollars over the last seven years to support a Palestinian Authority plan to control Area C of the West Bank, an Intelligence Ministry report publicly released Tuesday.

“Foreign assistance as a significant accelerator in the takeover processes,” stated the report by the ministry’s research division, which was authored in June and published this week for Tuesday’s debate in the Foreign Affairs and Defense Committee on the matter.

“The rough estimate is that from the period of 2014-2021, at least half-a-billion dollars were transferred to the Palestinians through various channels and it’s possible that the sum was larger,” the report stated.

An annual sum of some €20 million is earmarked for Palestinian legal battles against settlements and the security barrier, the report stated.

The EU has spent some €170m. over the past decade on master plans for Palestinian development, with special support from Great Britain, France and Belgium, the report stated. It noted that 99% of such plans were EU-funded.

It upheld the long-held claim by right-wing politicians that the PA was shoring up its hold on Area C, which is under IDF military and civilian control.

The Right holds that this territory, some 60% of the West Bank, must be part of Israel’s future borders, while the PA and the international community, including the EU, believe that it is designated for inclusion in the final borders of a Palestinian state.

This battle for Area C was analyzed by the Intelligence Ministry, it was reported. It included a focus on EU support for Palestinian activity in Area C, such as illegal building, creation of master plans for construction and a plan to register Palestinian property.

The report spoke of its specific concern that this land registration plan could be used to undermine Jewish property claims in legal cases in Area C of the West Bank.

The IDF has surveyed Area C land to determine if its public or private Palestinian property, but it has not undertaken any large-scale land registration program since it captured the West Bank from Jordan during the 1967 Six Day War.

The Oslo Accords, first signed in 1993, gave the IDF full control of land registration in Area C, while the PA has the ability to register property under its jurisdiction in Areas A and B.

The project involves land throughout the West Bank, including Area C, despite the Oslo restrictions.

PA land registration is an “important weapon” in its legal campaign against Israel, the Intelligence Ministry warned in its report.

“It should be emphasized that in the absence of an alternative registration process, there is a reasonable probability that at one stage or another, the courts in Israel and/or the world will adopt the Palestinian registration,” the report stated.

There are some 600 employees in 100 branches working on this project, the report explained.

The process is based on Jordanian law and involves documentation, a GIS system and an arbitration procedure according to the report.

The Intelligence Ministry predicted that the registration process would be complete by 2022.

Representatives from the Civil Administration and the Justice Ministry told the FADC that the PA land registration in Area C lacked legal status and did not pose a threat.

Land of Israel caucus cochairwoman MK Orit Struck (Religious Zionist Party) called for a cabinet discussion on the report and a declaration that the PA land registry was not valid for Area C.

Both she and her caucus cochairman MK Yoav Kisch (Likud) had called for the FADC debate along with the right-wing NGO Ad Kan.

Knesset’s Foreign Affairs and Defense Committee, headed by MK Ram Ben Barak (Yesh Atid ) said Tuesday’s on-the-record conversation would be followed by a closed-door session in the near future.