Land disputes between Israelis and Palestinians over ownership rights are one of the central points of friction in the West Bank.

Israeli forces stand guard as Palestinian women react to the demolition of their home, located within the "Area C" of the West Bank, where Israel retains full control over planning and construction, in the West Bank town of Hebron on December 28, 2021.
(photo credit: WISAM HASHLAMOUN/FLASH90)
Advertisement

Israeli Police lack the resources to investigate land fraud in Area C of the West Bank, where only one-third of the properties are even registered, the State Comptroller’s office said in a wide-ranging report issued on Tuesday.

Police covering Judea and Samaria are the only ones who lack a land fraud unit, which exists in all other districts. A 2017 Comptroller report highlighted the absence of such a unit, but its recommendations to create one were never implemented.

Land disputes between Israelis and Palestinians over ownership rights are one of the central points of friction in that region, with diplomatic consequences for Israel.

The question of land ownership is a critical factor in deterring the status of the land. This makes it difficult to arbitrate those disputes or make decisions regarding the evacuation of those residing on the property.

Area C is under Israeli military and civilian control and, as a result, the IDF also has oversight on the matter. 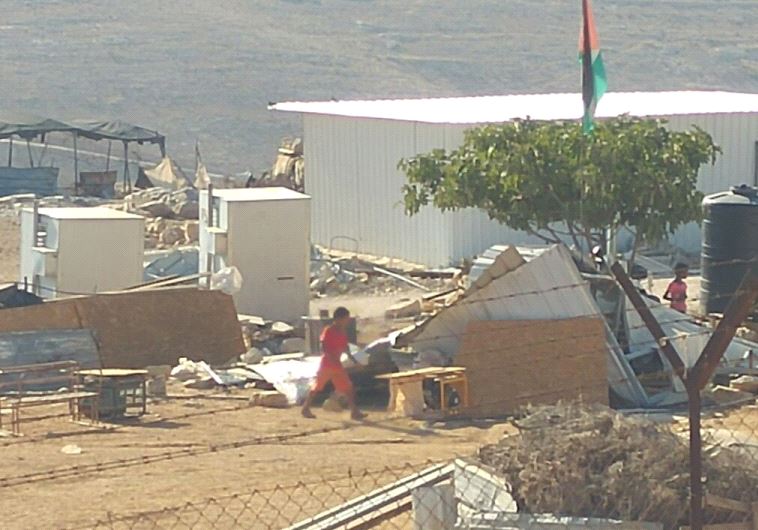 The army, according to the report, does handle some of the investigations, but that work is incomplete and needs to be strengthened by police work – particularly when it comes to identifying the culprit of the forgery.

Resources have not been devoted to this issue, the comptroller report stated, even though there has been an

“increase in suspicions of serious forgery in the transactions and the purchase of real estate in Judea and Samaria.”

The police did so little with these cases, the comptroller’s office said, that the Civil Administration had stopped sending them new cases and, as a result, new investigations are not being opened.

The army told the Comptroller’s Office that it was taking additional steps to deal with the issue. The police said that, despite the absence of a budget for such investigations, it would look at including the issue in its next program of work.

The comptroller’s report did not deal with the procedural confusion between the army and the police when it comes to arresting civilians during incidents of violence. The Knesset and the media have, in the last year, focused on the lack of immediate civilian arrests when it comes to attacks by Israeli civilians against Palestinians.

According to the Comptroller’s report, that same sort of confusion also exists when it comes to retrieving evidence from crime scenes, particularly terror attacks, in situations where the IDF is the first responder. It noted that it had complained of this issue in a 2017 report.

There were three investigations relating to terror attacks from 2018 to 2021 in which evidence was harmed due to a lack of proper procedure, the Comptroller said. The Defense Ministry said that improvements had been made with regard to IDF procedures in protecting a crime scene, while the police said that the IDF was still in the process of writing down the guidelines for such situations.

ANOTHER Comptroller report issued Tuesday found that there is a NIS 470 million shortfall in the spending needed for infrastructure components of the defense systems used to protect West Bank settlements, such as roads, vehicles and communication devices.

A Defense Ministry plan from 2016 to 2017 to repair the gaps in the infrastructure needed to ensure security for the settlements was never implemented, the report stated.

In some cases, the councils provided the IDF with equipment to access these systems, the report stated.

These communities face a high level of danger from nearby Palestinians, the report explained, noting that there had been some 144 infiltrations into settlements from 2019 to 2021.

The Comptroller called on the security cabinet to approve a plan to improve security, noting that it has discussed the matter for other regions, but not for Area C of the West Bank.