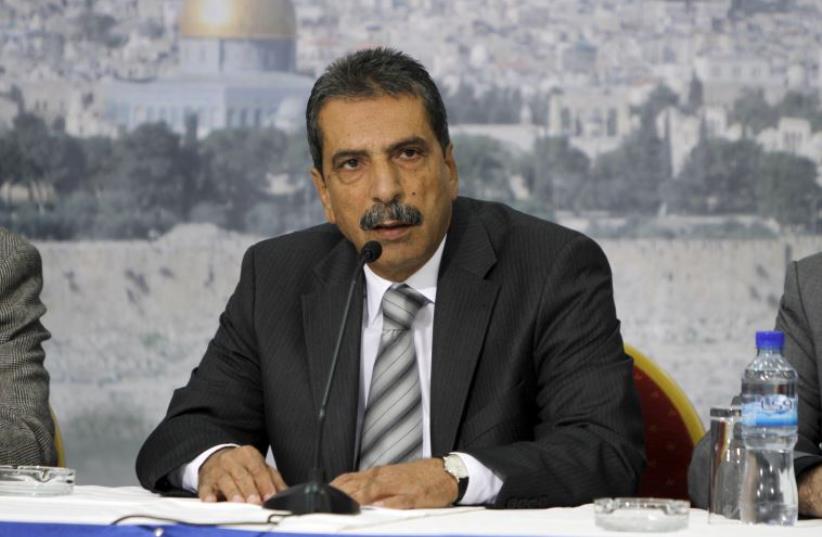 Tawfik Tirawi, a former head of the Palestinian Authority General Intelligence Service, has been removed from his job as chairman of the board of trustees of Al-Istiqlal University in the latest sign of mounting tensions among the top brass of the Palestinian leadership.

Abbas, 87, also ordered the withdrawal of the security guards stationed outside Tirawi’s residence for his protection, Palestinian sources said.

This is a measure that the PA leadership often takes in order to punish top Palestinian officials who are critical of Abbas and other PA leaders. It is also meant to humiliate Abbas’s opponents by making them appear less important than they are.

Tirawi, 73, said that he did not know why the security detail was withdrawn. He said he heard about the decision to boot him out from the media.

The university he headed and helped found is the first academic institution to offer security and military science studies.

In the past few years, Tirawi has repeatedly criticized the PA leadership, including Abbas and other senior and veteran leaders of the ruling Fatah faction, holding them responsible for financial corruption and poor governance.

Tirawi and a number of veteran Fatah leaders, including Jibril Rajoub, Mahmoud al-Aloul and Azzam al-Ahmed, are said to be strongly opposed to Abbas’s decision to promote Sheikh to the post of PLO secretary-general – a position that could pave the way for his election as the next president of the PA.

Tirawi’s recurring criticism of the PA leadership has earned him many enemies, especially among the closest circles surrounding Abbas.

In an audio tape that surfaced on social media platforms earlier this week, a voice similar to that of Tirawi’s is heard slandering Sheikh and a number of Fatah leaders.

Tirawi has denied slandering the top Abbas loyalists, saying his words had been taken out of context.

He also indicated that he intends to respond in the coming days to Abbas’s decision to dismiss him from his job at the university.

Tirawi is not the first senior Fatah official to fall out with Abbas.

Last year, Abbas expelled Nasser al-Kidwa from the faction after the latter decided to run at the head of a separate Fatah-affiliated list in the parliamentary elections, which were slated for May 2021 but canceled by the PA president.

In 2011, another top Fatah official, Mohammed Dahlan, was also expelled from Fatah after a fall-out with Abbas and his two sons.

Dahlan, a former commander of the Preventive Security Service in the Gaza Strip, has since been residing in the United Arab Emirates, where he reportedly serves as a special adviser to the ruling family.

The decision to dismiss Tirawi and strip him of the security detail came as a surprise to some Fatah activists, who said this was yet another sign of the heated battle of succession in the PA. They claimed that Abbas was trying to get rid of most of his opponents within Fatah.

The activists also pointed out that Tirawi has managed to create bases of power in several parts of the West Bank during the years he was head of the university.

“Tirawi is a very popular and influential figure,” said one activist. “He has many followers, especially among those who graduated from his university, which he used to strengthen his status.”

Another Fatah member expressed fear that the move against Tirawi would further fragment Fatah and increase tensions among its leaders.

“This is good news for Hamas and all those who hate Fatah,” the activist remarked. “Fatah has already lost much of its credibility because of the internal bickering and tensions.”

Palestinian President Mahmoud Abbas waves to people as he bids farewell to Al Jazeera journalist Shireen Abu Akleh, who was killed during a live fire exchange in Jenin, in Ramallah in the West Bank May 12, 2022. (credit: REUTERS/MOHAMAD TOROKMAN)

Tirawi, who led the Palestinian commission of inquiry into the death of Arafat, headed the powerful General Intelligence Service from 1994 to 2008. The agency is currently headed by Majed Faraj who, together with Sheikh, are considered Abbas’s most trusted aides.

On Wednesday, the PA announced that Tirawi has been replaced by Ismail Jaber, a former security official who is known to be closely associated with Abbas.

In a move that appears designed to ease tensions with Abbas, Tirawi on Thursday appealed to the university staff and students to accept the new board of trustees and not challenge Abbas's decision. But another Fatah activist said that the dismissal of Tirawi would not pass without a response from his followers.