Dog walking banned by Hamas 'to protect women and children'

Is the new ban another step in Islamic extremism or is it a public safety issue? 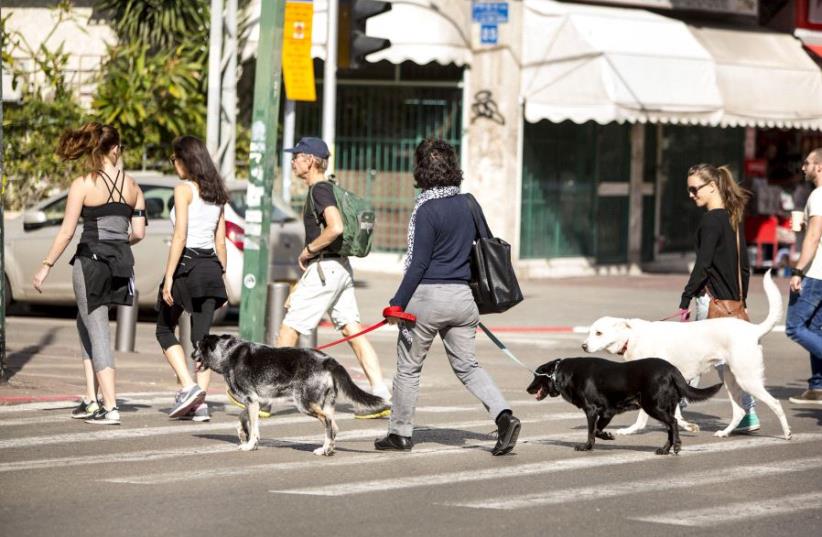 Dogs crossing a Tel Aviv street
(photo credit: KFIR BOLOTIN)
Advertisement
Hamas has banned walking dogs in public in the Gaza Strip in order "to protect women and children," Hamas spokesman and leading religious figure Ayman al-Batniji told the Telegraph Thursday.“In recent weeks, the phenomenon of young men walking with their dogs in the streets has widely spread. It is neither of our culture nor of our traditions. Children and women feel scared when they see dogs,” al-Batniji stated, adding that it is Hamas' "duty to maintain the safety of citizens."No specific penalty for breaking the ban has been officially stated, however Hamas is known for their harsh punishments.The ban reportedly only applies to populated areas such as cities, markets and beaches, while allowing residents to walk dogs in the countryside. Hamas, the Islamist militant group which rules the coastal enclave, has been labeled as a terrorist organization by the United States, Israel, the European Union and others.Owning dogs as pets is not a common practice in many Muslim-majority countries,  and some Islamic clerics have gone as far as to forbid the practice because dogs are considered ritualistically "impure."Iran bans keeping dogs as pets outright. The punishment for breaking the ban can entail hefty fines, lashes and also confiscation of the pet, which will subsequently be killed.