Gaza's power plant has been off-line for two months due to a payment dispute between the Palestinian Authority, based in the West Bank, and Gaza's Hamas Islamist rulers. 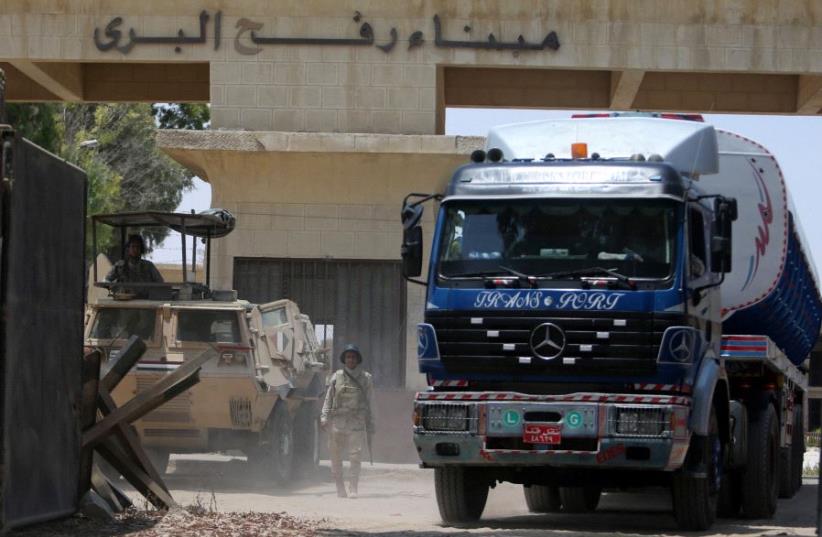 Egyptian soldiers stand guard at the border as fuel tankers enter Gaza through the Rafah border between Egypt and southern Gaza Strip June 21, 2017.
(photo credit: REUTERS)
Advertisement
Egypt sent fuel on Wednesday to the Gaza Strip's only power plant to help alleviate an energy crisis that has left the Palestinian enclave's two million residents with less than three hours of electricity per day.The delivery, a sign of improved relations between Hamas and Egypt after years of friction, was the first official import of Egyptian diesel to Gaza since Hamas took over the enclave in 2007 and could provide seven hours of power for three days.Fuel from Egypt used to be smuggled through tunnels, many of them now destroyed by Cairo, which said they were conduits for weapons and militants battling Egyptian forces in the neighboring Sinai peninsula - an allegation denied by Hamas. 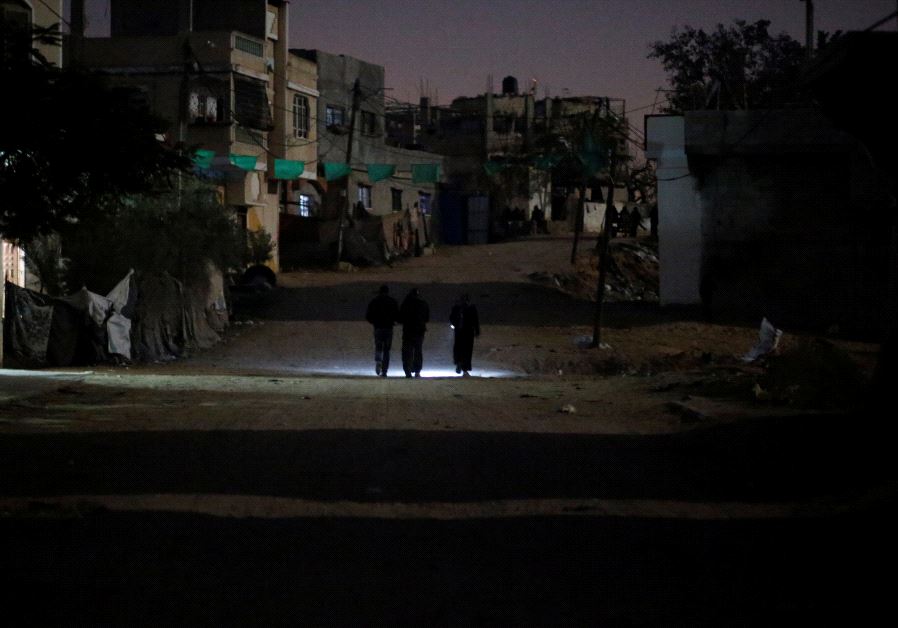 Palestinians walk on a road during a power cut in Beit Lahiya in the northern Gaza Strip. (REUTERS)

Gaza's power plant has been off-line for two months due to a payment dispute between the Palestinian Authority, based in the West Bank, and Gaza's Hamas Islamist rulers.

The Palestinian Authority has cut payments for its Israeli electricity supply, arguing that Hamas is not reimbursing its share of the cost, and Israel has therefore cut the power supply by almost a third.Diesel tankers, flying the Egyptian and Palestinian flags, crossed into Gaza two days after the Israeli supply cuts began.The imports were agreed at talks in Cairo this month between Gaza's Hamas chief, Yehya Al-Sinwar, and Egyptian security officials. Sources close to those negotiations said the deal was also facilitated by Mohammad Dahlan, a Fatah rival of Abbas living in Abu Dhabi.Any worsening of the energy crisis could cause the collapse of health services, local health officials said. Hospitals largely rely on generators for power, as do Gaza residents who can afford the high cost of fuel to run them.Palestinian President Mahmoud Abbas's decision to cut the payments was coupled with calls from Palestinian officials for Hamas to relinquish control of Gaza, which Hamas seized from fighters loyal to Abbas's Fatah movement in 2007.The one million liters (264,000 gallons) in the shipment on Wednesday could be followed by another one million liter delivery later in the day or on Thursday, the Hamas-appointed deputy finance minister in Gaza, Youssef al-Kayali, said.