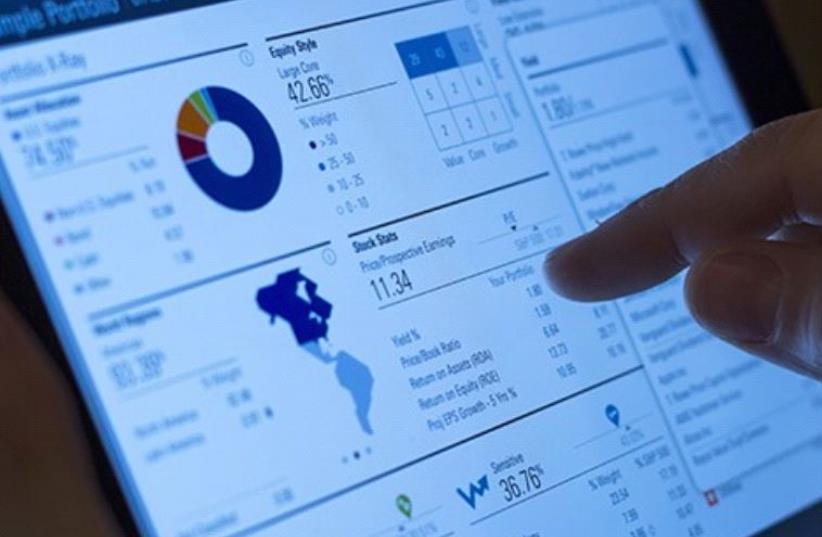 Fintech Start-ups: The Creative Fixers
(photo credit: Courtesy)
Advertisement
Palestinian women possess the desire to grow profitable and sustainable businesses that are market-oriented, scalable and capable of facilitating job creation.Like all West Bank and Gaza Strip entrepreneurs, they face limited resources and contacts with investors and markets abroad. Additionally, they must overcome cultural restrictions on mobility and access to finance.In 2018, Shurouq Qawariq, together with Nabil Parkar and Juan Manuel Balcazar, founded Rumman, one of the first fintech (financial technology) companies in the region to offer personalized, digital wealth management and savings solutions.Qawariq told The Media Line that Rumman aims to facilitate savings and investment services for those who require assistance, saying that increasing financial literacy and inclusion in the region goes beyond just having a bank account. “Eventually, we would love to be a digital bank that allows users to invest in the stock market as well as in socially conscious projects,” she said. “We have a prototype that we will be testing in the first quarter of 2020 with users in Jordan, where we have a partnership with a bank to launch our pilot.” A Ramallah-based entrepreneur, Qawariq has a bachelor’s degree in anthropology and psychology, with a minor in Japanese, from Earlham College in Richmond, Indiana. Fond of numbers and a financial analyst by training, she found that fintech combines her passions.“It’s an exciting time to try to offer the Middle East tools that might disrupt the way we do finance – savings and investments included – and be part of the disruption that the financial sector will see in the next few years,” she proclaimed. However, she points out many obstacles. They include the regulatory framework in the Arab world, which she says is not extremely helpful for entrepreneurs, and user behavior, for example in Palestine, where things can be especially challenging given the restrictions imposed by Israel.“The occupation prohibits our natural development and imposes restrictions on the technology infrastructure that we can import or export and utilize,” Qawariq said. She points out that as a female entrepreneur, she has faced the same obstacles that any female working in any other industry faces. She also cites numerous studies that touch on the lack of investment in companies owned by women.“There is not enough representation by females in the ecosystem, especially in fintech,” she says. “There may also be biases from investors and users, [for example] about trusting female CEOs.”Qawariq, who received an MBA and a master’s in financial economics from Queen Mary University of London, aims, along with her team, to have the Rumman mobile app downloaded by one out of every three phones used by people in the Middle East and North Africa between the ages of 15 and 55 by 2026. Fintech is one of the fastest growing industries in the world, with services that range from online banking to personal financial management, including online investments.Wael Daya, a Palestinian financial expert and economic analyst based in the Gaza Strip, told The Media Line that fintech as a technology has been around for about 20 years, changing the form of financial transactions between people and institutions. “Traditional financial transactions started disappearing with time in favor of tech-based transactions, such as mobile banking and internet banking, as well as other services,” Daya said.In terms of the eco system, he says there are firms that work as mediators by providing services and technologies that they developed.“These companies and startups have contributed enormously in creating the fintech ecosystem, which is based on fintech startups and thinks constantly of new things in the field,” he explained. Moreover, Daya notes that financial institutions have started searching for ways to upgrade their systems. “Traditional banks feel threatened if they don’t upgrade their technology and systems, so local banks started providing [fintech] like internet banking and other online services,” he said. “The existence of fintech has increased the market demand for startups.” Last month, the Palestinian Information Technology Association (PITA) and Palestine Telecommunications (Paltel) launched the 16th annual Palestine Technology Week with Expotech, where the main topic was fintech. The Palestinian banking sector witnessed a significant acceleration in this area after the financial crisis of 2008.Ishaq Seder, the Palestinian Authority’s communications and information technology minister, told The Media Line that fintech and its related fields are highly important.He stressed that the field will help Palestinians create their own digital currency, something that “will help the Palestinian leadership gradually disengage from the Israeli occupation.” He added that the Palestinian Monetary Authority was working hard to launch a digital currency “in the near future.”  Palestinians in the West Bank and Gaza Strip face significant economic challenges, as regional barriers have restricted their mobility and limited their access to jobs, markets and capital. According to the Palestinian Statistics Center, 18% of Palestinians living in the West Bank are unemployed, as are 52% in the Gaza Strip. An estimated 25% of households in the West Bank are living below the poverty line.For more stories, go to themedialine.org