Palestinians in need of medical treatment prevented from entering Israel, told to have permits reissued. 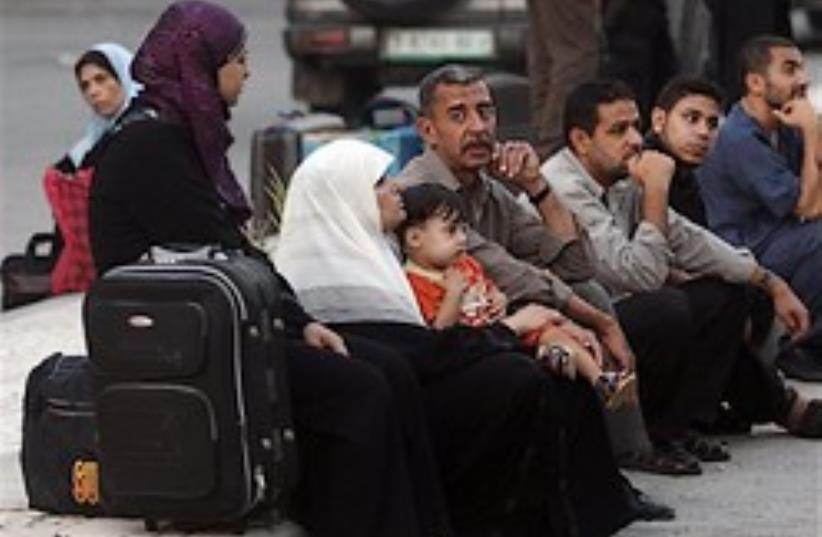 Palestinians wait next to their luggage to leave o
(photo credit: AP)
Advertisement
50 Palestinians who were supposed to cross into Israel from the Gaza Strip Tuesday, mostly to receive medical treatment here, were repelled by Hamas security forces at the Beit Hameches Junction just west of the Erez Crossing in the north-eastern Gaza Strip.

Hamas operatives blocked off the road and prevented the Palestinians from reaching the crossing with Israel.

Israeli officials said the Hamas blockade was likely due to suspicions that among the sick were disguised Fatah officials trying to sneak out of Gaza to attend the Fatah conference which got underway in Bethlehem Tuesday morning.

Hamas men at the junction ordered those arriving at the crossing to return to the Interior Ministry in Gaza City and have their permits to leave the Strip reissued.

The officials also said it was likely that by the end of the day, Hamas would allow the Palestinians to cross into Israel, once it was verified that they indeed required medical attention.

The Fatah conference is the sixth of its kind, and the previous one took place in 1989. It is expected to bring together more than 2,000 delegates from many Arab countries.

Delegates are expected to vote for two of Fatah's main bodies, the Central Committee and the Revolutionary Council. The first institution consists of 21 members, while the second has 120 seats. Delegates will also discuss Fatah's strategy, especially concerning the conflict with Israel.