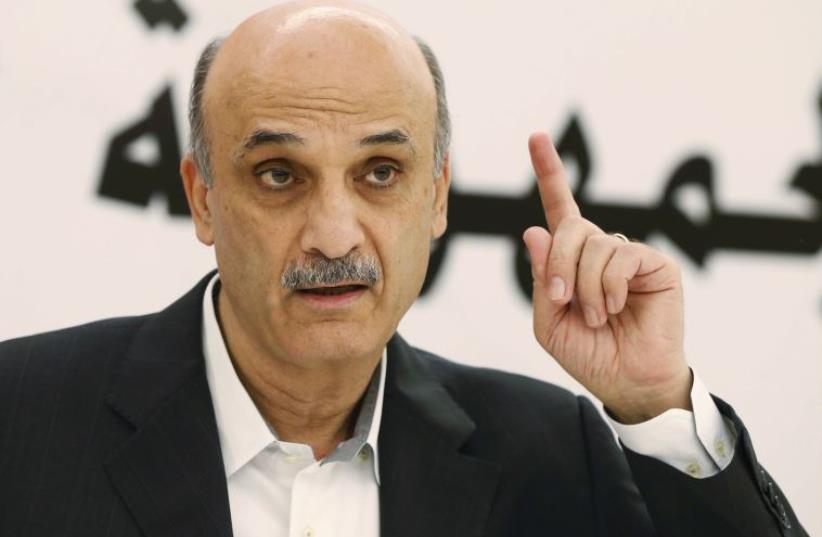 Gunfire erupted during a massive protest in Beirut last Thursday. The shooting led to the deaths of six people. It took place as Hezbollah and Amal supporters tried to topple a judge investigating the deadly blast last year at Beirut Port that killed 200 people.

The judge has dared to try to actually do his job, and because of that, and due to Hezbollah preferring a lawless corrupt state it can digest, the Hezbollah supporters oppose him.

It is not clear who the snipers were who targeted the protesters, but the armed protesters responded by shooting up buildings in the capital city. It may even be that trigger-happy soldiers and protesters shot at invisible, nonexistent snipers.

Nevertheless, blame has been cast on Sunni extremists and the Lebanese Forces, a Christian group. Pro-Hezbollah and pro-Iran media have alleged a conspiracy. Press TV in Iran even claims an employee of the US Embassy was one of the “snipers.”

SUPPORTERS OF Hezbollah leader Hassan Nasrallah gather in a convoy of motorbikes marking ‘Resistance and Liberation Day’, near the Lebanese border with Israel, in May. (credit: AZIZ TAHER/REUTERS)

The more favored conspiracy is to blame Samir Geagea, a Christian leader of Lebanese Forces, as being behind the violence. The conspiracy claims he is a “traitor” allied with the US and “Zionists.”

“According to reports and evidence, militants from the Lebanese Forces led by Samir Geagea were the main perpetrators of the attack,” a pro-Hezbollah media outlet reported.

Iran’s Fars News Agency claims the same thing. It quoted a report in Al-Banna newspaper in explaining the latest conspiracy. They “examine how the plan of Samir Geagea, the leader of the Lebanese Forces, [with the] American-sponsored al-Qaeda” sought to thwart the protest. They claim it was a peaceful protest ambushed by snipers.

“The author goes on to describe the situation that day, when armed groups affiliated with the Lebanese Forces turned the area into a battlefield, during which they hunted down the demonstrators one by one, as if they were in a shooting range,” the report said.

The report claimed that Geagea has sought to “impose himself as the sole representative of the Christians and return to the sectarian stronghold by committing a deliberate and organized massacre like the one he committed during the Lebanese Civil War.”

Hezbollah has now warned Geagea that he faces 100,000 Hezbollah fighters.

“Accordingly, Geagea, who committed the crime, which was also backed by Washington and provided the necessary coverage and support, now has several goals to use in the upcoming parliamentary election campaign,” the report said.

THIS IS the conspiracy being put forth by Hezbollah. It may reveal that Hezbollah is using this attack to its advantage. Some may argue that Hezbollah even invented a so-called false flag before the elections. Hezbollah says it has sought to break the US “blockade” by bringing oil and electricity to Lebanon.

“Its success is forcing Washington to reduce its blockade on Syria to import Egyptian gas and electricity from Jordan through Syria to Lebanon,” the report said. “In doing so, Washington sought to absolve itself of responsibility for the suffering suffered by the Lebanese as a result of the US siege, and to facilitate the formation of a government following the veto of a government in which Hezbollah and its allies participate.”

This means a US conspiracy was hatched.

The report speaks of “the creation of a strong sectarian and religious polarization, through which Samir Geagea appears as the protector of the Christians with the aim of uniting them behind him.”

Now, Hezbollah wants to “weaken” this resistance against its attempt to control Lebanon.

The pro-Hezbollah report claimed that “the Americans, the Israelis and the Saudis” want to undermine Lebanon using Geagea. They are also worried about the investigation into the blast.

“Because they [Hezbollah] demonstrated to reform the process of this investigation and to end its politicization, and to prevent the repetition of the politicized investigation scenario in the case of the assassination of the late former Lebanese prime minister Rafik Hariri, which has not yet been fairly investigated and concluded,” the report said. “This was in the service of the US plan to misuse the investigation and the blood of Rafik Hariri to carry out a political coup in 2005.”

In fact, Hezbollah murdered Hariri. But Hezbollah now claims a new “US coup” is at hand.

“The success of Geagea in this matter depends, first of all, on whether Hezbollah and the Amal movement will fall into the trap of planned sedition in response to the crime,” the report said. The trap is if Hezbollah seeks revenge and “tarnishes” its weapons.

“But this did not happen, because the leaders of Hezbollah and Amal were aware of the plot and the trap,” the report said. So Hezbollah has shown “restraint,” the author claimed.

“The evils of the sedition that Washington and Tel Aviv raised in Lebanon with their allies to weaken the resistance and its weapons persevered,” the report said. “The resistance that liberated the land of Lebanon imposed its deterrent equations on the occupying army and paralyzed the Zionist ability to coerce, invade Lebanon and steal its assets at sea and on land.”

Those captured in the wake of the sniper attack were handed over to the army for interrogation, the report said, adding that “we must wait for them to confess or give evidence.”

“It depends on the attitude of Hezbollah and the Amal movement, which after this crime are increasingly calling for the removal of Judge Tariq al-Bitar, rejecting any compromise in this regard, and at the same time calling for the murderers and perpetrators of al-Tayouneh [the sniper attack] to be tried,” the report said.

This illustrates Hezbollah’s next plan in Lebanon. It wants to undermine the Lebanese Forces and use the “martyrs” from last week in its election campaign and use them to unseat the judge.