Abbas and other senior Fatah officials have threatened to take punitive measures against any member of the faction who runs outside the official list. 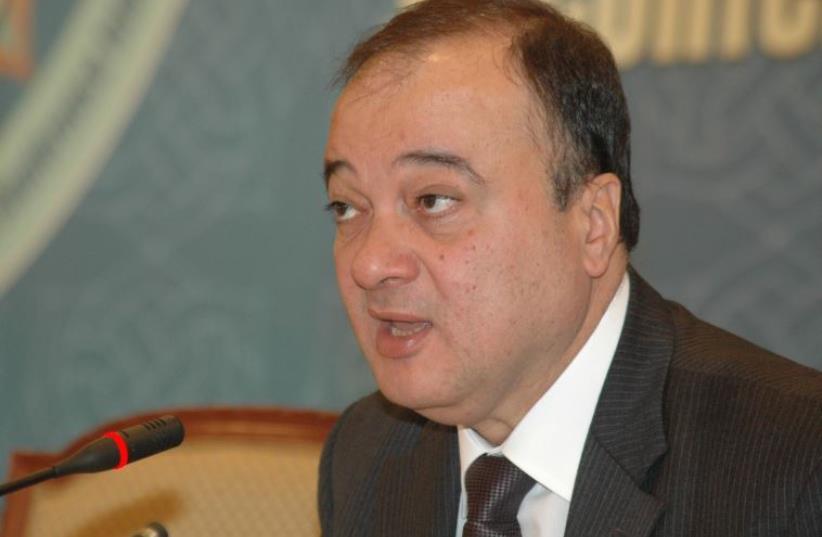 Nasser al-Qudwa
(photo credit: REUTERS/KHALED ABDULLAH)
Advertisement
In a move reflecting the deepening schism in the ruling Fatah faction, Nasser al-Qudwa, a nephew of former PLO chairman Yasser Arafat, has decided to run in the Palestinian general elections as part of a new list.
The 67-year-old Qudwa, a member of the Fatah Central Committee, previously served as Palestinian Authority foreign minister. In the past, his name was mentioned as a possible candidate to replace the 86-year-old PA President Mahmoud Abbas.
Qudwa’s decision to run outside the official Fatah list is seen by Palestinians as a severe blow to Abbas’s effort to unify his faction ahead of the parliamentary and presidential elections, slated for May 22 and July 31, respectively.
A Fatah official criticized Qudwa’s move and accused him of splitting the faction ahead of the elections.
Abbas and other senior Fatah officials have threatened to take punitive measures against any member of the faction who runs outside the official list.
Qudwa, together with 230 Palestinian figures, including Fatah activists from the West Bank and Gaza Strip, are planning to contest the election for the parliament, the Palestinian Legislative Council, as part of a group named the Palestinian National Democratic Forum.
He recently met with Abbas, who is reported to have tried to persuade him not to form his own list out of fear that the move would harm Fatah’s chances of winning the PLC vote.
In 2006, Fatah lost the parliamentary election to Hamas, mainly as a result of infighting and corruption among the top brass of the faction.
Palestinian sources said that Qudwa was hoping to persuade jailed Fatah leader Marwan Barghouti to join the new list. Barghouti, 61, was sentenced by an Israeli court in 2004 to five cumulative life sentences for his role in terrorist attacks during the Second Intifada.
Barghouti’s supporters said that he was planning to present his candidacy in the presidential election. It was not clear on Wednesday whether Barghouti would join the new list headed by Qudwa.
The sources said that they did not rule out the possibility that the new list would also form an alliance with supporters of deposed Fatah operative Mohammad Dahlan, an archrival of Abbas who is based in the United Arab Emirates.
Dahlan loyalists in the West Bank and Gaza Strip have announced their intention to run in the PLC election, either as part of the official Fatah list or as a separate party. Dahlan, who heads a group named Democratic Reform Current, was expelled from Fatah 10 years ago after a falling out with Abbas.
Qudwa was quoted on Wednesday as saying that his group was not going to the elections to get seats in the PLC, but to “bring about change.” He said that he did not rule out the possibility of including Dahlan loyalists in his new list.
“I’m in favor of forming a list within the framework of a broad democratic group that includes various segments of society, and not just Fatah,” Qudwa wrote on Twitter. “I hope that Marwan Barghouti will be the first name in the list.”