What underpins the danger and drive for an Iran deal? - analysis

Here are ten key observations to the Iran nuclear deal.

In a scene from the first Godfather film, Michael Corleone, the leader of a mafia family, discovers who is backing two of his adversaries. “I didn’t know until this day that it was Barzini all along,” he says, referring to one of the rival mafia dons.

An Iran deal that may be coming soon appears to have commonalities with that discovery in the film. It could be that Russia is in part behind the push for a new deal in order to alleviate sanctions. If the deal is driven more by economic issues than the nuclear issue, is it as dangerous as it has been in the past.

Who is behind the Iran deal? Who benefits from it? Why is there a sense that trains in Washington, Tehran and elsewhere have left the station and are on track toward a deal destination?

When the Biden administration came into office, it was willing to discuss a return to the 2015 Joint Comprehensive Plan of Action (JCPOA). This is part of the phenomenon of US politics, where each administration treats foreign policy like an extension of domestic policy.

For instance, the Trump team didn’t like Iran or the deal, so they sought to tear it up. Biden was part of the Obama administration, and some of the thinking among Democratic foreign-policy gurus is that the US would be better off with some kind of diplomatic solution to the Iran nuclear threat than confrontation. So the US zig-zags – one administration is anti-Iran; the other is willing to work with Tehran. 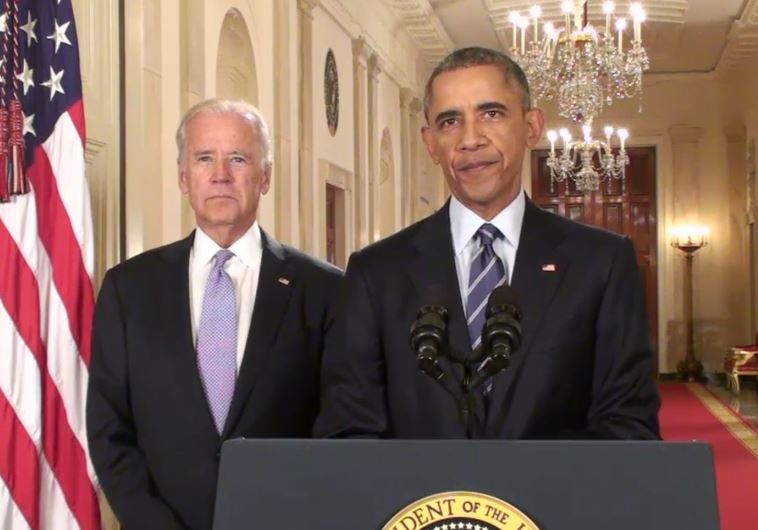 This isn’t a simple story. The Obama administration, guided in part by John Kerry and others, ran toward a deal and was willing to do whatever possible to obtain one. The administration did the heavy lifting for Iran, with think tanks and groups pushing a narrative about how it was “either a deal or war.” Some on the Left went as far as to label members of Congress who stood against it as if they were putting Israel before US interests.

This pro-Iran lobby had been in the works for years, quietly trying to shift US policy from anchoring itself in pro-Israel and pro-Saudi policies and shifting toward Iran. Some of the voices who worked hardest for the deal have gone on to be leading members of the “realist” and appeasement team advocating for better ties to Moscow and Beijing. These voices tend to also be anti-Israel. But that team didn’t return to office with Biden; they remained on the sidelines.

What stands behind the Iran deal, therefore, is not the pro-Iran lobby in the US. Notice, there is no talk of “hard-liners” and “moderates” in US media today, and Iran’s foreign minister isn’t speaking at the Council on Foreign Relations. Times have changed, and there hasn’t been any urgency for a return to the deal over the past year.

Iran also hasn’t been using its uranium enrichment to blackmail the West into a deal. In the past, Iran would always pretend it was very close to a bomb as a way to force the West to act.

This leaves us with 10 key observations: First, there isn’t the acrimony today that there was in 2015. The US administration is close to Israel, and the Gulf doesn’t feel betrayed.

Second, there isn’t a major media campaign for a deal.

Third, Iran appears to have an economic lifeline via China and doesn’t need the deal as it did in the past.

Fourth, Iranian nuclear enrichment leaves it with enriched uranium, and a return to the deal likely won’t change that, leaving Iran a nuclear threshold state able to blackmail the region.

Fifth, the deal emerging doesn’t seem to be a trade-off for the US relaxing its policies on the IRGC, or Iranian affiliates, which means that Hezbollah and others don’t enjoy more impunity, but they can continue to digest Lebanon, Iraq, Syria and Yemen.

Sixth, the push for a deal is related to timing, being before Israel’s elections and US midterms in November.

Seventh, Iran’s threats today are increasingly related to the export of armed drones and missiles and support for proxy groups that destabilize the region; it’s not even clear that Iran wants to build a bomb.

Eighth, Iran’s ties with Russia and China help inform its desire for a deal and lack of urgency.

Ninth, a deal only postpones the inevitable: If Iran wants to continue to build a bomb, it can and will.

And 10th, when Iran has a bomb, it will blackmail the West and the region the same way it has blackmailed them into a deal in the past.

US airstrikes in Syria this week show that the US is slouching toward a deal and trying to appease Iran. In the lead-up to the 2015 deal, it appeared the US was willing to ignore Hezbollah crimes and Iran’s threats across the region in order to “get to yes” on the deal. That doesn’t appear to be the case today; the Biden administration hasn’t built this up and staked its foreign-policy reputation on a deal.

This leaves Israel in a stronger position than in 2015. That year, the Jewish state faced a rising Iran and a US administration less inclined to listen to concerns about Iran’s role in places such as Iraq, Syria, Lebanon and Yemen. In fact, one can trace Iran’s growing role in those places to 2015; after the deal, Iran put its militias and weapons transfers on steroids.

Today, the Iranian role in those four countries is a fact. No one can imagine a way to remove the Iranian anaconda from wrapping itself around these countries and digesting them.

Iran’s tentacles are also in Gaza. In essence, the Iranian regime is like a regional mafia with a bunch of mafia allies here, eating away at countries and replacing them with gangs that, unlike a mafia, have advanced missiles and drones.

An added problem is that US tensions with China and Russia have given Iran an opening whereby those two countries can now use the Islamic Republic as a tool against the US and its partners. Israel pays the price in this regard and is forced to endure more threats because those two countries may prefer a more recalcitrant Iran. Turkey also plays both sides, happy to use Iran against the US in Syria while wary of its role in Iraq.

Any return to a deal is a danger to the region and likely rewards Iran. However, it is also likely that Tehran will evade sanctions regardless of a deal and that its friends in Moscow and Beijing will help it as part of their battle against a US-led unipolar world order.

In addition, Iran will continue to export drone and missile threats regardless of a deal and will continue to work toward a bomb on its own timeline. A deal is merely a piece of paper that Iran can use to get around some sanctions; its behavior will continue, and it is already emboldened with a feeling of impunity in the region.