Mahsa Amini fell into a coma and died after being arrested by Iranian police for supposedly wearing her hijab incorrectly. 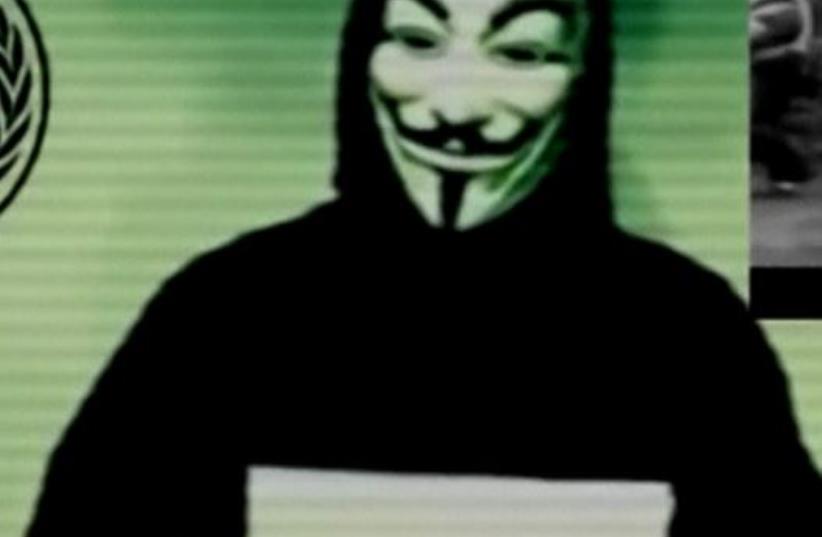 The Anonymous hacktivist group launched a hacking campaign against Iran this week following the death of Iranian woman Mahsa Amini.

Amini was arrested by Iranian police this week, for allegedly not wearing her hijab correctly, and fell into a coma following the arrest, dying shortly after.

Her death sparked much rage and protest against the Iranian regime with Iranian women taking to social media and cutting their hair and burning their hijabs.

The protests continued in the streets as well as people marched in protest of the government and burned hijabs in the street.

In one video, a woman used makeup to portray the brutality Amini suffered at the hands of the police. Tehran police claimed the arrest was justified and being used for education.

A man gestures during a protest over the death of Mahsa Amini, a woman who died after being arrested by the Islamic republic's ''morality police'' (credit: WANA VIA REUTERS)

Since Wednesday, Spid3r hacktivist group that is affiliated with Iran has been tweeting consistently, showing screenshots of its hacking operation with #OPIran. The screenshots included many Iranian government sites, the Iran Central Bank, Iran-affiliated Fars News Agency, Iran's forensic research center and many more.

"Anonymous supports the women of Iran in their fight against a brutal regime."

On Thursday, Anonymous tweeted in support of the protests, writing "Anonymous supports the women of Iran in their fight against a brutal regime." In a later tweet, the group explained the importance of using a VPN after saying that the Iranian people had been blocked from using Whatsapp and Instagram.

What the world needs is peace, but we cannot have peace when there is so much suffering.We will not give up the fight for a better world. We always will stand by the oppressed and fight the good fight.#Anonymous

How to protest safely

In other tweets, Anonymous posted instructional videos on the safest ways to protest, for instance, how to properly cover your face so as to avoid being recognized and caught.