Iranian official: Severing ties with Qatar not a solution to crisis

Iranian authorities have criticized a rising alliance between Washington and Riyadh against Tehran. 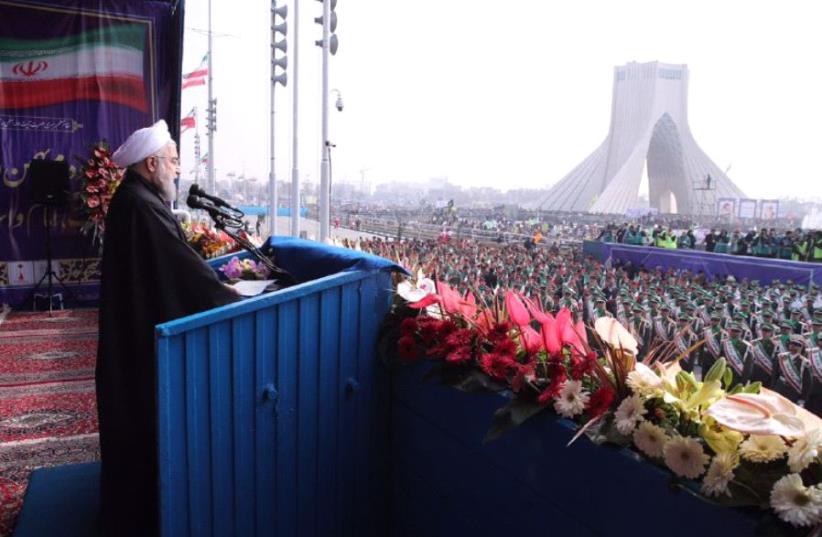 Iranian President Hassan Rouhani delivering a speech at Azadi Square in the capital of Iran , Tehran , during a ceremony to mark the 38th anniversary of the Islamic revolution.
(photo credit: HO / IRANIAN PRESIDENCY / AFP)
Advertisement
ANKARA - A senior Iranian official said on Monday the decision by some Gulf Arab states and Egypt to sever diplomatic ties with Qatar would not help end the crisis in the Middle East.Saudi Arabia, the United Arab Emirates, Bahrain, Yemen and Egypt accused Qatar of supporting terrorism, opening up the worst rift in years among some of the most powerful states in the Arab world. The Maldives later said it was also severing diplomatic ties with Qatar.
Saudi Arabia, Egypt, UAE sever ties to Qatar over "terrorism" (credit: REUTERS)
"The era of cutting diplomatic ties and closing borders is over... it is not a way to resolve crisis. These countries have no other option but to start regional dialog," Hamid Aboutalebi, deputy chief of staff of Iran's President Hassan Rouhani, tweeted on Monday."What is happening is the preliminary result of the sword dance," he said in an apparent reference to US President Donald Trump's recent visit to Saudi Arabia.Trump and other US officials participated in a ceremonial sword dance in a trip to Saudi Arabia last month. During the trip Trump singled out Iran as a key source of funding and support for militant groups.Iranian authorities have criticized a rising alliance between Washington and Riyadh against Tehran, saying it would further heighten crisis in the Middle East.Sunni Kingdom Saudi Arabia and Shi'ite-led Iran are at odds over what Riyadh sees as Tehran's efforts to tighten its grip on Arab states, from Iraq to Lebanon, and Syria to Yemen.