New National Security Council would upset the balance of powers, many say.

JORDAN’S KING ABDULLAH II listens during a meeting in Amman in May.
(photo credit: ALEX BRANDON/POOL VIA REUTERS)
Advertisement

Plans to amend 30 articles of the Jordanian constitution, which include expanding the powers of the king, have drawn criticism from members of parliament and a former deputy prime minister.

The proposed changes would establish a new National Security Council with wide-ranging political and security powers. The new council is to be headed by the king and includes the prime minister, the head of the army, the directors of the security services, the foreign and interior ministers, and two other members that the king will appoint.

The concern is that this will create a new body that will parallel the executive and legislative branches of government.

MP Saleh Armouti, the former head of the Jordan Bar Association, told The Media Line it is forbidden to expand the powers of the king in this “unconstitutional way.”

“This is an unnecessary creation of a new power that will weaken the role of the three branches of government and this is a violation of the constitution,” he said. “Article 45 states clearly that the government will run all affairs of the country. By ceding this power, how can I as a member of parliament hold the king accountable since he will be the head of this new council? How can I monitor the budget that will be made available to this new body? 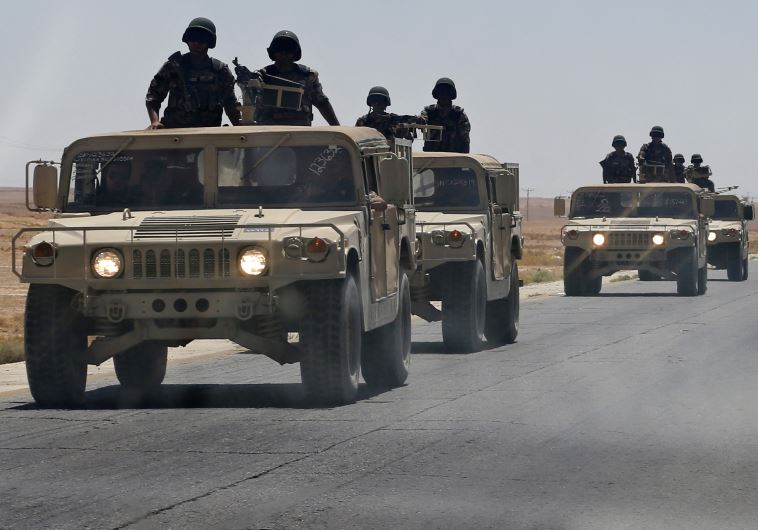 “The amendments also include giving the monarch new powers, by changing Article 32, which states that the king is the supreme commander of the army, to state that the king will be the head of the National Security and foreign policies council,” Armouti said.

Jordanian monarchs will also be able to hire and fire the chief justice of the civil courts, the head of the Sharia Court, the general mufti (responsible for managing the Fatwa Council (majlis al-iftaa), which has primary authority to issue fatwa religious opinions), the head of the Royal Court and the advisers to the king. In the past, all these appointments were made based on the recommendations of the prime minister.

Response of the government

Musa Maaytah, the minister of political and parliamentary affairs, delivered the government’s response to the criticism, saying the constitutional amendments would create a National Security Council that would coordinate and aid in cooperation between the country’s military and civilian institutions.

“Recent challenges such as conflicts, wars, terrorist acts, and drugs are all issues that affect the national security of the country, and this is what caused the push to come up with this idea and to implement it through the constitution,” Maaytah said, responding to a question in parliament on Tuesday.

The government position was further explained by Wafaa Bani Mustafa, the minister of legal affairs, who told Al-Mamlaka public television that the constitutional changes were submitted to parliament along with amendments to the political and electoral laws.

“These new laws will increase public participation, especially among women and youth, and will ensure that the opportunities of women and youth to reach parliament will be increased,” she said.

“Why are we violating the constitution? The constitution can be amended in rare cases only. Constitutions are a social contract and what is accepted worldwide is to keep any changes at a minimum, mostly for cases of extreme emergency only,” he said. Many of the issues cited as motivating the changes have existed for years, and yet the constitution was rarely amended, Abadi said.

The only time the constitution was significantly amended was when Prince Hassan was removed as crown prince in 1999, in the interests of the country’s stability.

He said that beyond that, until 2011, there were minor amendments only.

In 2016, the constitution was amended to give the monarch new powers including the appointment of the crown prince, the deputy of the king as well as the head and members of the senate. He was also granted the right to appoint the head of the army, judiciary, intelligence service and gendarmerie, all without the need for the recommendation of the prime minister and the appropriate minister.