Meretz: Each West Bank settler outpost built under Bennett must be razed

The Meretz party is part of the coalition, which was sworn into office in May. But it differs dramatically from Bennett’s Yamina Party when it comes to the West Bank.

Every West Bank settler outpost built under Prime Minister Naftali Bennett’s government must be razed, declared two Meretz politicians during a visit to the West Bank on Thursday.

“We have come to this criminal illegal outpost that must be evacuated,” MK Mossi Raz said as he stood next a new unauthorized outpost located on the edge of the Binyamin Region and the Jordan Valley.

The small encampment is home to one family that runs a small farm with cows, according to the left-wing NGO Peace Now, which toured the area with the politicians. The NGO said the outpost had been erected in the last month, but that overall there are some 140 such illegal settler communities in the West Bank.

“A commitment was made to us that every outpost established after the formation of the government will be evacuated immediately,” Raz said.

“We will continue to come to the outposts and make sure every new one is evacuated. It is criminal activity,” he added. 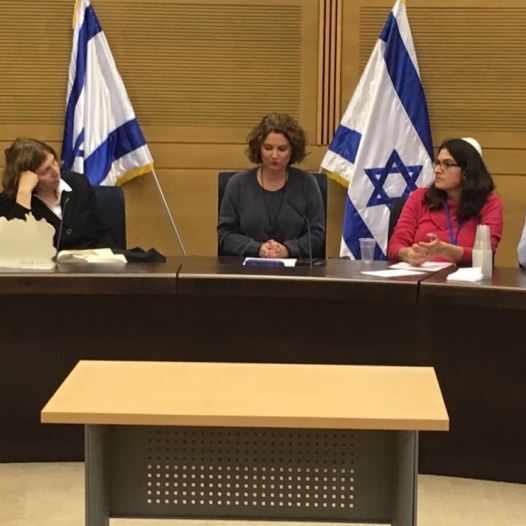 Both he and Meretz faction head Michal Rozin wrote to Defense Minister Benny Gantz and asked that he take down the small farm.

Gantz has already committed that “no more facts will be established on the ground that would harm the possibility of advancing toward a final status agreement with the Palestinians,” Rozin said.

The Meretz party is part of the coalition, which was sworn into office in May. But it differs dramatically from Bennett’s Yamina Party when it comes to the West Bank. Bennett supports the development of Area C, which he believes should eventually be part of sovereign Israel. It is now under IDF military and civilian control.

Mertz, in turn, believes that Area C is part of a future Palestinian state and that any settler activity there makes it difficult to arrive at a two-state resolution to the conflict.