Alex Kerten and the ‘Post’s David Brinn tackle the subject of improving life with Parkinson’s disease. 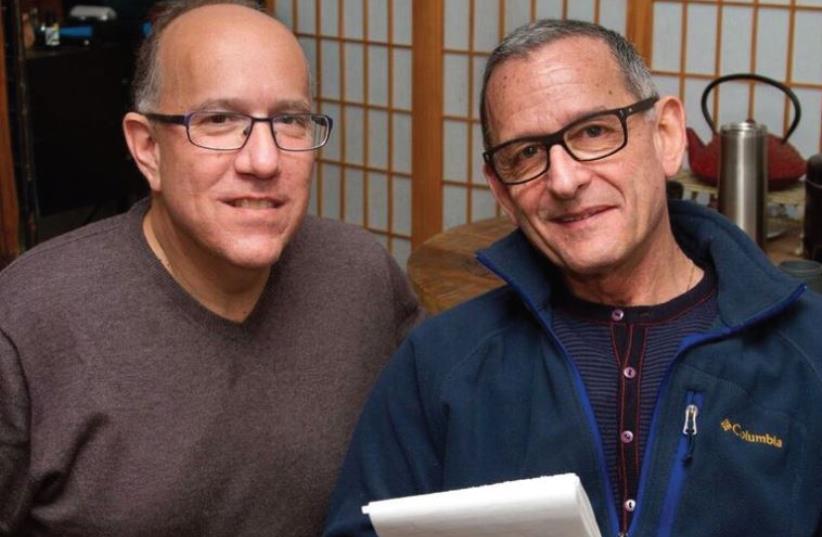 Alex Kerten (right) and David Brinn
(photo credit: DEBBIE ZIMELMAN)
Advertisement
Don’t let its too-catchy title dissuade you from taking this important book to heart. Alex Kerten’s treatise on how to outwit Parkinson’s is targeted above all at people with the disorder and their caregivers. Yet there is much practical wisdom for the rest of us packed into the slim volume Goodbye Parkinson’s, Hello life! Parkinson’s disease is a neurological malady that generally strikes in later life and is typically marked by tremors, rigidity, imbalance, slowness, changes in facial expression and a shuffling gait. Doctors tell newly diagnosed patients that the slowly progressive degenerative disease is not a death sentence – but it is a life sentence.Difficult to diagnose in its early stages, the disorder is very much in the public consciousness because of celebrities who have Parkinson’s, including former US president George H.W. Bush, boxer Muhammad Ali, actor-director Michael J. Fox, singer Linda Ronstadt, cartoonist Charles Schultz and former US attorney-general Janet Reno. More than a million Americans and roughly 20,000 Israelis suffer from the disease.The cause is unknown, but Kerten maintains that the disease results from a triad of factors: genetics, chemicals and behavior.More controversially, he posits that traumatized people can bring Parkinson’s upon themselves when their anxieties cause them to release hormones that make their bodies sick. When that happens, especially when caught early on, a client willing to change his life “script” and behavior can outmaneuver the disease. By working the body, he says, the mind heals and in turn restores the body.This breezily written book fits neatly into the self-help genre. That said, it is also a durable guide replete with illustrated exercises intended as a Parkinson’s workaround.The chapters are brief and Kerten’s teachings are reiterated in various ways so that his method and philosophy will stay with you. There are also testimonial vignettes written by Parkinson’s “clients.”Kerten wants people with Parkinson’s to think of themselves not as patients but as empowered clients capable of taking responsibility to turn their own lives around.His ideal clients are those he terms “Parkinson’s warriors” who are willing to work at his exercises daily for about 30 minutes.Goodbye Parkinson’s, ably co-written with David Brinn, my former Jerusalem Post colleague and now the newspaper’s managing editor, advocates gyro-kinetics, which applies meditation, yoga and most significantly music and dance-based movement therapy to reverse, stave off or manage the debilitating symptoms of the disease.Think of the body as a musical instrument, Kerten told me in a phone conversation.Once you become proficient in reading your body, playing it becomes second nature so that all you have to do is periodically tune it. Most of us can’t easily comprehend the messages the body sends. But a therapist trained to understand the body holistically might, for example, figure out that the cause of a frozen shoulder may actually be elsewhere entirely.Kerten’s background as a martial arts expert with multiple black belts and as an improvising jazz musician is the basis for his intuitive approach to healing. It’s not an easy method to convey, but Brinn does so skillfully and with lucidity. Kerten’s technique has brought him accolades not just from clients – who come to him from all over the world – but from initially skeptical neurologists, psychiatrists and neuroscientists.In fact, the book exists largely because the Herzliya-based therapist “saved” the life of its California publisher, Michael Wiese.While massive efforts on a multitude of frontiers – including by Israeli scientists – have been made in the search for a cure for Parkinson’s, clinical trials so far have been disappointing. This suggests that unconventional approaches like Kerten’s need to be seriously explored. If I read him correctly, he conceives of the ideal body as a homeostatic apparatus with its parts working in concert. When this cooperation breaks down, when the music is out of key, we have a manifestation of illness.No one asserts that Kerten can cure Parkinson’s or that his technique should replace conventional medicine, but his many admirers do say that his gyro-kinetic method can eliminate symptoms of the disease and decrease dependence on medicine.He calls this “changing your own pharmacology.” In the face of a life-altering disorder, Kerten offers gyro-kinetics as much more than a mere coping mechanism.Doctors have long recommended exercise, physical therapy and massage for Parkinson’s.Kerten takes this advice to the next level, with his method premised on stimulating the mind with positive experiences.“The goal of your treatment is to feel good and become a healthy person with Parkinson’s,” he wrote.The book also addresses the needs of partners/spouses/caregivers in regard to finding a balance between being supportive while not reinforcing “bad script” thinking. Similarly, he’s a strong advocate of casting off inhibitions and getting on with life.Even those who don’t need to give much thought to the balance of neurotransmitters – dopamine, acetylcholine and serotonin – coursing through their veins will nonetheless discover that this book can speak to them, and will most likely identify with its message: “We’re always in a situation of stimulation versus calming. The key is to be in the middle.”Kerten acknowledges that the idea that the body has the capacity to regenerate remains a hard sell. That’s because of the way we’re socialized, he told me. We don’t respect our bodies or pay attention to what they’re telling us. Yet, intuitively, we realize that the moment mind and body work in concert, “miracles happen.”As a recovering cynic, I approached Goodbye Parkinson’s guardedly precisely because it promised a “good-bye” to a nasty neurological condition. And yet the testimonies of those who have assiduously embraced Kerten’s method and the imprimaturs of physicians, scientists and knowledgeable laypeople with firsthand experience of Kerten’s accomplishments have made a cautious believer out of me.
To read sample chapters, click here: 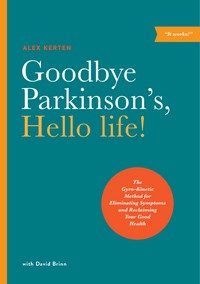 Elliot Jager is a Jerusalem-based journalist and author of The Pater: My Father, My Judaism, My Childlessness.