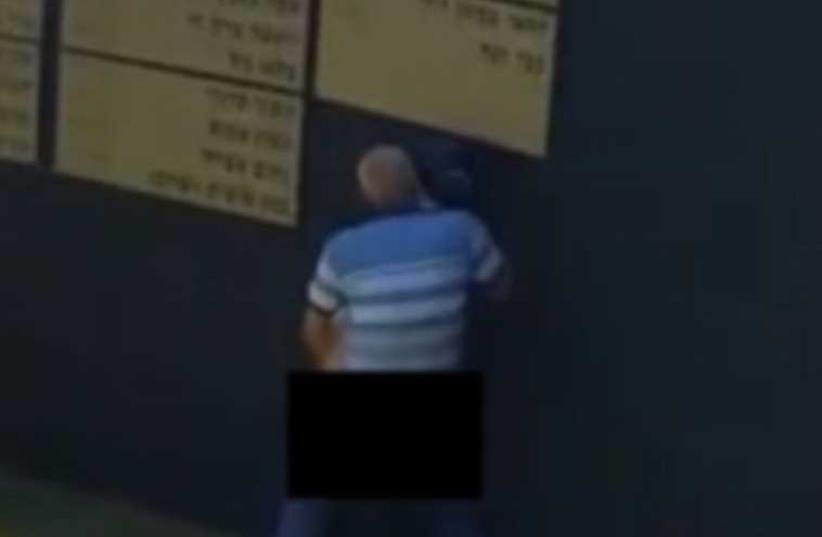 Couple engaged in a sex act at IDF soldier memorial
(photo credit: screenshot)
Advertisement
The police announced on Wednesday that it arrested a sixty-year-old man for indecent exposure in a public place after he was caught on film at an IDF fallen soldiers memorial engaged in sexual activity with another individual. Lt.-Cmdr. Victor Bouskila of the Carmiel police said the incident was serious and that it constituted an offense of the public's feelings. Bouskila said that the suspect was arrested following what it called a rapid intelligence operation and he would be brought to the Acre Magistrates Court on Wednesday for a bail hearing.  The film of the couple led to condemnation from the public and calls for the police to investigate the incident.  The couple was filmed in the Galilee town of Karmiel while involved in the act against the placards with the names of the fallen soldiers. The Israeli entertainment news TV show Tzinor Layla ("Night Pipe"), which airs on Channel 10, revealed the steamy footage on Tuesday evening.