The ‘escape room’ concept comes to the capital. 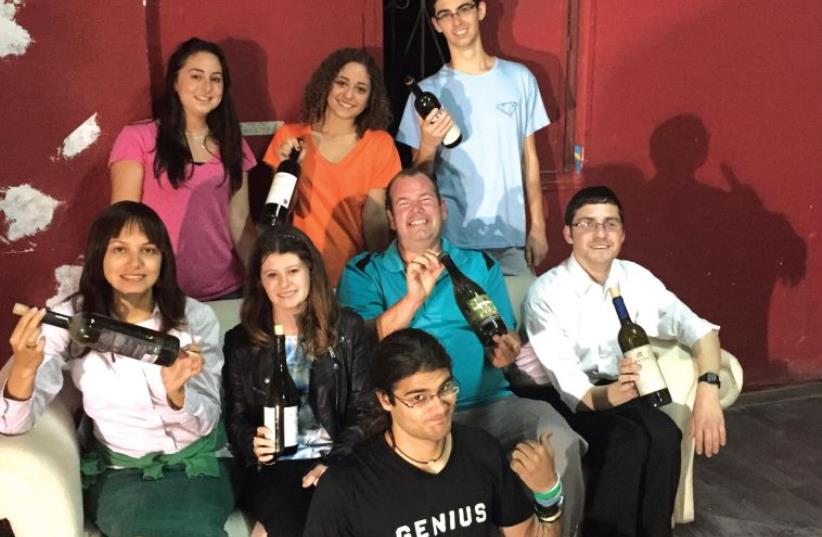 The Jerusalem Puzzle Quest staff.
(photo credit: Courtesy)
Advertisement
I am always on the hunt for new activities in Jerusalem, especially those that can be done together with children, teens, adults and even grandparents. So when I heard about the brand-new “escape room” concept opening in Talpiot, I went to check it out.The Concept
An escape room is a game where players use their detective skills to solve puzzles, challenges and find clues that will help them “unlock” the mystery.Very often, players are given minimal background information and must figure out what needs to be done. People who choose to work together as a group are more likely to be successful, and that’s where the fun begins.The Story
Opening this week, the Jerusalem Puzzle Quest is located in Talpiot, in the Kfar Sha’ashuim building next to Hadar Mall. Run by founder Jerry Glazer and his partner Aaron Weiss, the first game is called “Escape the Nazir.” When you arrive at the game site, you will be greeted by a facilitator who will show a video about the Nazir – or one who has voluntarily taken a vow to abstain from wine, refrain from cutting their hair and avoid becoming ritually impure.In order to keep his vows of sobriety, the Nazir has locked away his wine bottles in a special glass cabinet with four locks – and has hidden clues around the room to find the keys to unlock them. You and your group members are asked by the Nazir’s friend, the facilitator, to help him find these clues.The game content is appropriate for all religious levels, and does not actually require the ability to speak or read Hebrew or English.Sound easy? Well, not exactly. First you need to find the puzzles and clues before you can try to solve them. At the same time, the Nazir is actually in the room with the participants trying to distract them from solving the clues.Can you open the cabinet within 60 minutes? That is the challenge.How Jerusalem Puzzle Quest Got Started
The idea for a Jerusalem-based game got its start when Jerry and his son Tani were visiting an escape room in Dallas, Texas. Finding it incredibly challenging and fun, they decided they wanted to bring the excitement to the capital – especially with the unique added feature of a facilitator and a distraction in the room.The concept was to create a game that appealed to all ages and religious levels, and did not require physical activity. In short, a game with no social barriers.Jerry originally approached the Dallas-based company to open a branch in Jerusalem. Unfortunately, after one of the Jewish game producers refused to continue working for the company if they opened in Israel, Jerry realized he had to do it himself.With the help of his partner, the MATI business development centers and some local networking groups, he created the experience with a unique “Jerusalem” flavor.Escape The Nazir: Details
The room can hold up to 12 people at a time and the introductory video can be requested in Hebrew or English. The activity is recommended for ages 10+ .Escape rooms are very popular because they can be played multiple times as the storyline changes. I look forward to coming back to Jerusalem Puzzle Quest when they create their next storyline.It is truly a concept you need to see and take part in to understand. I can give you one clue to help you get to the end in under 60 minutes: Your team needs to think, communicate... and escape.Reservations for Jerusalem Puzzle Quest: [email protected] More info: 054-255-7943 Hours: Sunday–Thursday 12-10 p.m.; Friday 10 a.m.-2 p.m.; Shabbat 9:15-11 p.m.Prices: Weekdays (Sun-Thurs) NIS 90; Holidays and weekends (Thurs eve, Fri- Sat) NIS 100.Children 10-14 must be accompanied by an adult.

The writer is Founder and FUN Expert at Fun In Jerusalem (www.funinjerusalem.com). She lives in Jerusalem with her husband and three kids, and loves to inspire family fun. [email protected]
Advertisement
Subscribe for our daily newsletter