As things stand at the moment, there is unlikely to be a collective wage agreement, and all staff will be employed on personal contracts. 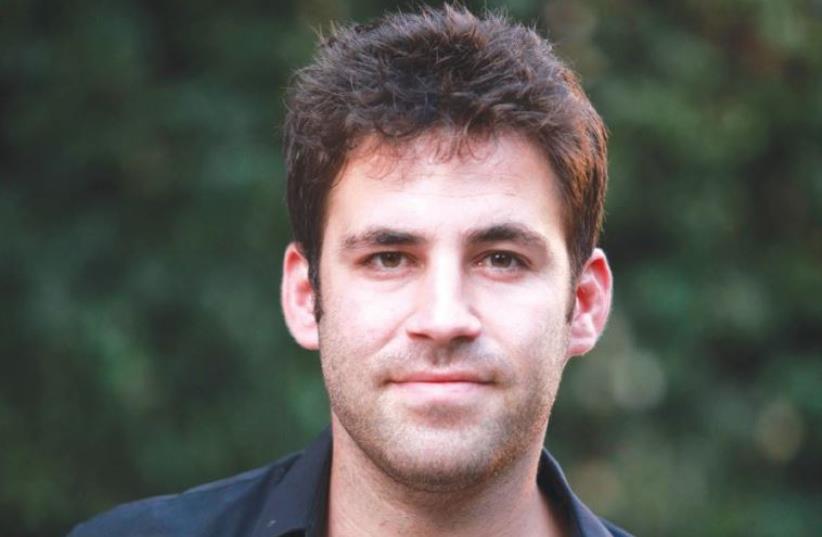 Deputy Mayor Ofer Berkowitz
(photo credit: MARC ISRAEL SELLEM/THE JERUSALEM POST)
Advertisement
■ DEPUTY MAYOR Ofer Berkowitz last week joined Israel Broadcasting Authority employees demonstrating outside the government compound. They were protesting the fact that the Israel Broadcasting Corporation, which is due to replace the IBA on October 1, will not be broadcasting from Jerusalem, in violation of the public broadcasting law.They were also protesting against the humiliation of current IBA employees being interviewed for possible employment at IBC, whose experience and status are being ignored, and who are being offered salaries far below what they are currently earning.As things stand at the moment, there is unlikely to be a collective wage agreement, and all staff will be employed on personal contracts.Berkowitz posted on his Facebook page that the struggle is not only that of the employees of the IBA but also of Jerusalem. It is inconceivable, he stated, that the government would permit the basic law stating Jerusalem is the capital of the State of Israel to be violated, with one the country’s most important institutions relocating out of the city.Berkowitz is also one of the signatories to a Jerusalem Municipality and Knesset Jerusalem lobby petition to the High Court of Justice, which on Thursday of last week conducted a hearing on the issue of headquartering the IBC in Tel Aviv and broadcasting from Modi’in. The court, in particular Justice Elyakim Rubinstein, found it difficult to believe the contention by the IBC representative that there are no suitable premises in Jerusalem.On Sunday, the court issued an interim injunction in which the IBC was given 17 days to show cause for its inability to follow the letter of the law and begin broadcasting from Jerusalem. It was also suggested by the court that until it finds permanent premises, the IBC should use existing IBA facilities in Jerusalem.■ A COMPARISON between Moses and Hillary Clinton? The erudite Rabbi Avraham Feder, who when lecturing indulges in deliberate Freudian slips, mentioned America’s presidential hopeful in the same breath as Moses when delivering a lecture last Saturday at the Hazvi Yisrael Synagogue and explaining why Moses and Aaron, after decades of leadership and wandering in the desert, were not permitted to enter the Promised Land. Like Clinton, the rabbi explained, they were not sufficiently careful and had not done enough to give the Children of Israel faith in God’s word.Moses was also punished because instead of talking to the rock as he had been commanded, he hit it with his staff. Feder was explaining that the higher one is in rank, the more careful one must be to set an example and to do the right thing. He also introduced Hamlet’s famous soliloquy into his interpretation – but that’s another plot.Feder was still beaming after last Thursday’s reunion with some of his former students and members of the congregation that he led in Toronto. More than 70 people attended the event at the Yehuda Hotel in Malha. For many, it was not only a reunion with Feder but also with each other. Some had not seen each other in many years, and there were glad cries of recognition, sometimes after name tags had been carefully checked.■ AMBASSADOR TO the US Ron Dermer was among the congregants at Hazvi Yisrael Synagogue last Friday night and was able to pray undisturbed because so few of the congregants recognized him. For some odd reason, Dermer’s photo does not appear in the Israeli media nearly as frequently as did those of his predecessors, which, if he feels so inclined, enables him to maintain a certain anonymity.■ APROPOS HAZVI Yisrael, Larry Wachsman, one of its prominent congregants and executive members, believes that all the fuss and embarrassment concerning the young woman who was converted in the US by Rabbi Haskel Lookstein could have been avoided. The woman, who is religiously observant and who was planning to get married to her Israeli fiancé, was rejected by the Petah Tikva Rabbinical Court along with her rabbi, regardless of the fact that Lookstein is recognized and held in esteem by the Chief Rabbinate. As soon as the problem arose, Ashkenazi Chief Rabbi David Lau, who has spoken out on behalf of Lookstein, should have simply performed the wedding ceremony himself, says Wachsman. That way there would not have been a demonstration against the Chief Rabbinate, and there would have been minimal humiliation and embarrassment for the bride and for Lookstein.■ EVER SINCE Jerusalem Mayor Nir Barkat made his political ambitions public and began lobbying for future support when he runs in the next Knesset elections, he’s been making appearances and addressing groups outside the Jerusalem area. Coming up is a meeting on July 20 with the Tel Aviv International Salon, which caters strictly to young professionals in their twenties and thirties. The meeting will take place within the framework of “Young professionals meet top decision-makers.” The event will be held on the roof of WeWork, 7 Dubnov Street, Tel Aviv.