News briefs from around Israel 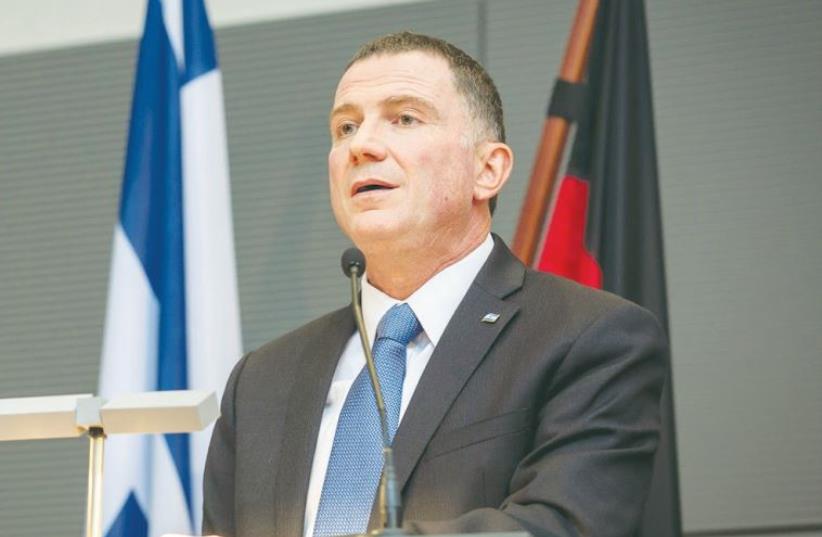 KNESSET SPEAKER Yuli Edelstein addresses the Bundestag’s Foreign Affairs and Defense Committee
(photo credit: BOAZ ARAD)
Advertisement
■ ALTHOUGH IT was shown on Israeli Film Day last month, and was seen by quite a lot of people, the official Israeli premiere of Through the Wall will be on October 25 at YES Planet Ramat Gan. The prizewinning film by Rama Burshtein, who wowed audiences around the world with her previous film Fill the Void, is once again proof that a film can be interesting, entertaining and even riveting without sex scenes or physical contact of any kind between males and females.Burshtein, who lives a haredi lifestyle, was not born into a religious family, and was an adult when she decided to become observant, so she is familiar with both worlds from first-hand experience, and knows how to present films with Orthodox themes in a manner that will appeal to secular audiences.Although it’s a little far-fetched, the plot shows that if you want something sufficiently strongly, no matter how improbable it seems to reach your goal, you will get there. Noa Koler, the star of the film, manages to say so much with changing facial expressions and the sadness, joy and determination in her eyes. It’s a film that one could easily see more than once.
■ ACCOMPANIED BY World Women’s International Zionist Organization President Esther Mor, Dr. Hava Bugajer-Gleitman, Austrian Ambassador Martin Weiss, Doris Bures, the president of the Austrian National Council, and a delegation of Austrian political and community leaders were in Israel towards the end of last month at the invitation of Knesset Speaker Yuli Edelstein. They visited the WIZO Maya Rosenberg Municipal School in Rehovot, which according to Mor is the most technical of all of WIZO’s schools, and includes a media division in which it grooms students from underprivileged backgrounds for careers in cinematography, editing and post production. The equipment in this facility of the school was recently donated by WIZO France. The purpose of the visit was to unveil a plaque in memory of Barbara Prammer, the first woman to hold the office of president in the Austrian Parliament.Bures, who is also acting president of Austria until the presidential elections which will be held soon, said that she was pleased to be in Israel, because getting to know the country better contributed to the strengthening of relations between Austria and Israel. She had already been traveling for four days before going to Rehovot, and her impression was that Israel is a beautiful country.Barbara Prammer, who died two years ago, was a fighter for equality and women’s rights, and often participated in the events of WIZO Austria. A dedicated politician, she was greatly admired by all women’s organizations. “Today, building bridges is more important than ever, not only between states, but between people, and this was most important for Barbara Prammer,” said Bures.“We will always remember her as someone who was committed to and worked for social justice. She would be so happy to know that this project is named after her, and I thank WIZO for this plaque in her memory.” While in Israel, Bures also visited Yad Vashem, where she toured the Holocaust History Museum, participated in a memorial ceremony in the Hall of Remembrance and visited the Children’s Memorial, which is invariably a heart-wrenching experience.
■ BOTH ARAB and Jewish residents of Jaffa are concerned about the efforts of Rabbi Haim Hechster to expand his yeshiva. For decades now, there has been a delicate balance of Arab-Jewish coexistence in Jaffa, mainly due to a policy of live and let live.There are always a few exceptions on either side but nothing that is cause for ongoing anxiety. However both Jews and Arabs have seen that when haredim (ultra-Orthodox) move into a secular neighborhood, it’s not just one or two families. In next to no time, it’s a whole community which begins a gradual takeover of facilities such as kindergartens and schools, and sets rules for the neighborhood which are interpreted by the people who were there first as religious coercion. Hechster was quoted on a news website as saying that there was no intention of hurting or inconveniencing anyone, but the locals don’t buy this and last week staged a protest demonstration.