The Passover Seder for Muggles. 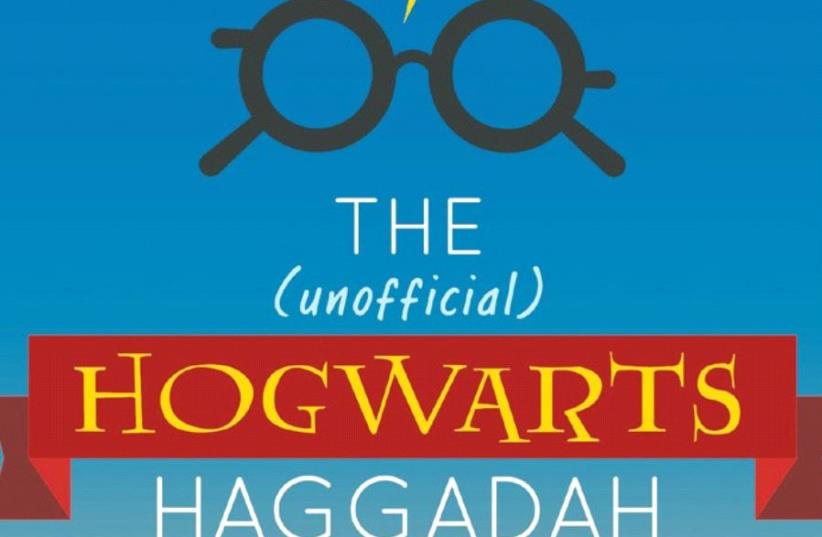 'The (unofficial) Hogwarts Hagaddah' cover
(photo credit: Courtesy)
Advertisement
Jewish families around the world often look for ways to make their Passover Seder more magical.Now, a rabbi from New York City has found a way to bring wizardry and wonder to the first night of the holiday, with The (unofficial) Hogwarts Haggadah.Rabbi Moshe Rosenberg, a teacher and spiritual leader from Queens, New York, has self-published the book, which pairs the traditional Seder text with sermons and ideas pulled from the pages of the iconic Harry Potter series.“From the concepts of slavery and freedom, to the focus on education, to the number four, Harry Potter and Passover share almost everything,” Rosenberg writes in the introduction. “It’s amazing that this book hasn’t been written before.”The Haggada includes the entire standard text, interspersed with essays and thoughts related to the wizarding world of Hogwarts – those sections are designated with Harry’s signature lightning bolt.“The point of the Seder is to engage people and especially to engage children,” Rosenberg told The Jerusalem Post. “And Harry Potter is the language that is almost universal among kids – even years after the publication of book seven – and so it’s another tool in the toolbox. For those kids who take to it, they’ll take to it in a big way.”The Orthodox rabbi compares the four sons of the Haggada to members of the four “houses” at Hogwarts – Gryffindor, Hufflepuff, Ravenclaw and Slytherin – and ponders if goblins would be able to sell their hametz, given their views on property ownership.This isn’t Rosenberg’s first foray into the synthesis of Judaism and Harry Potter; in 2011 he published Morality for Muggles: Ethics in the Bible and the World of Harry Potter.He has also led classes and clubs devoted to the topic for years at SAR Academy in the Riverdale section of the Bronx, where he teaches. As for his own children, “it’s hard to find a strong enough superlative...you can’t over exaggerate how much they are in to Harry Potter,” he said. In fact the Haggada is somewhat of a family affair; his youngest son “looked at the manuscript and corrected my quotations,” and his older ones helped with editing and promotion on social media.Rosenberg said the book has sold more than 2,500 copies just online, and it is expected to hit stores in the New York area and in Israel in the coming days. So far, he said, he’s only heard positive reviews. And as for any witch who might think Rosenberg’s effort trivializes the holiday and its sanctity? “If anyone says that, what they don’t realize is that this is probably the only book of sermons ever published that will ever get read!” he said. “This is the same material that goes into my drashot [sermons], but it’s phrased in a way that people who otherwise would never open up such a sermon book – that it’s palatable to them.”Rosenberg recognizes that he’s probably now known as the Harry Potter rabbi, but “there are a lot worse things to be known as.”“I believe that you need to take whatever has meaning for you, whatever you experience, whatever you read – and find ways that can contribute to a meaningful life.”