On the festival of love, JPost readers share how their relationships blossomed in the holy land

In honor of Tu Be'Av, four couples reminisce about the moments they met their soulmates and the journeys they took before tying the knot. 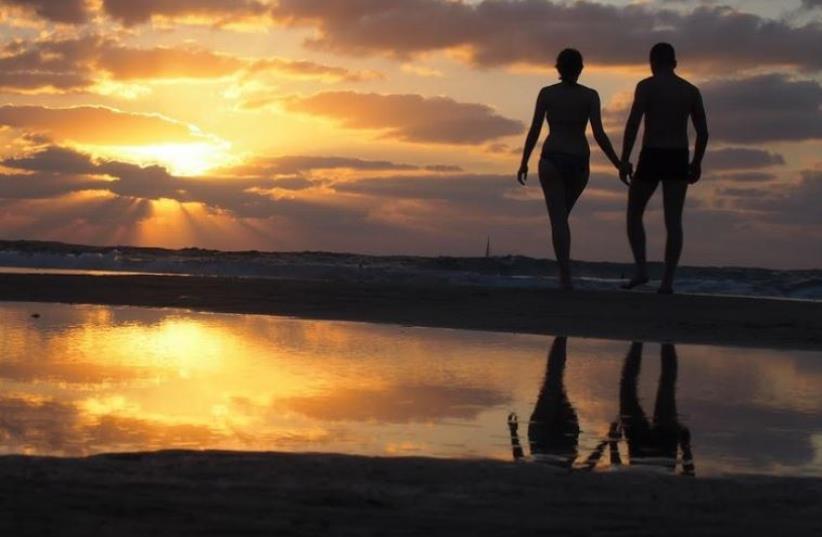 Couple on the beach in Herzliya
(photo credit: NORA MIHAYLOVA)
Advertisement
Israeli Valentines Day, or Tu Be'Av, has rolled around and to celebrate three couples who found love in Israel have shared their stories with The Jerusalem Post. One couple tackled questions of religious identity, another had to travel across the world to find each other and the third re-discovered their teenage sweethearts on Facebook later in life. Read on to find out how these couples found their soulmates in the land of milk and honey.'My head and my heart were in conflict' 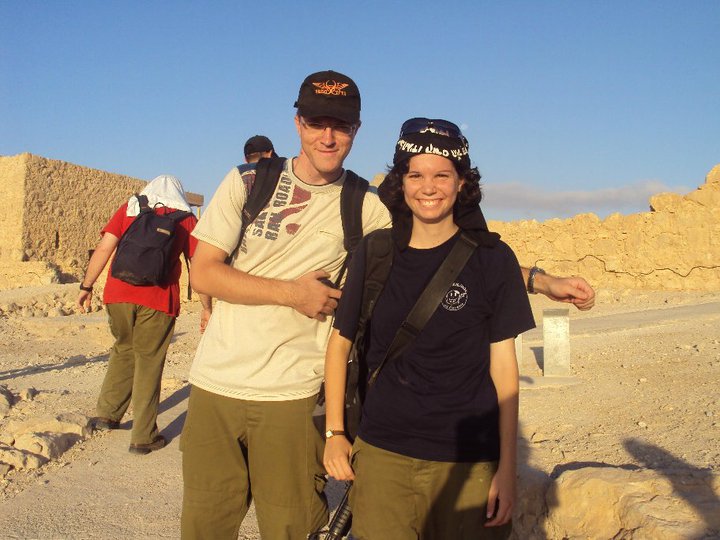 Mira and Ilia during their army service
Mira and Ilia Vexler during their IDF serviceWe met at the end of my army service. He was 25 and I was 21. I was a commander in the Education unit and taught groups of soldiers Judaism and Zionism. Many non-Jews who wanted to convert to Judaism took the course. Ilia was my soldier. He was born Christian and moved to Israel from Ukraine at the age of 11. His grandpa is Jewish and his family moved to Israel for economic reasons. He took the course to learn about Judaism, not to convert. Ilia was a captain in the Engineering unit and was in charge of Seder night for his soldiers - he didn’t have a clue what goes on on Seder night so he came to learn. He found the classes very interesting and we immediately developed a special connection- I even got in trouble because we talked so much and he didn’t get enough sleep! We were just good friends at this point.When we got out the army Ilia kept in touch with me and we remained friends. One day he invited me to take a trip up North with him for two days. During that trip we went ice-skating in Canada Park - it was very romantic. I kept crashing into things, falling over and flying all over the place! Ilia held my hand at every turn and I began to feel more stable, and realized that I needed this stability and that I needed him. And then we continued to hold hands, and we decided to be together.
But my head and my heart were in conflict, because I'm religious and he wasn't Jewish and didn't want to convert. I wanted him to convert but not for me - I wanted it to come from a place that he wanted to, because it's a bit commitment. I told him to think about it and in the end he decided that he did want to be Jewish. He had always felt a connection to Judaism but thought that he didn't have to convert to feel Jewish. In the end he decided that due to his connection to Israel and his family history he wanted to be Jewish.
We got married three years ago and are now expecting our first child. We both live religious lives and are happy.
'We had to fly across the world to meet' 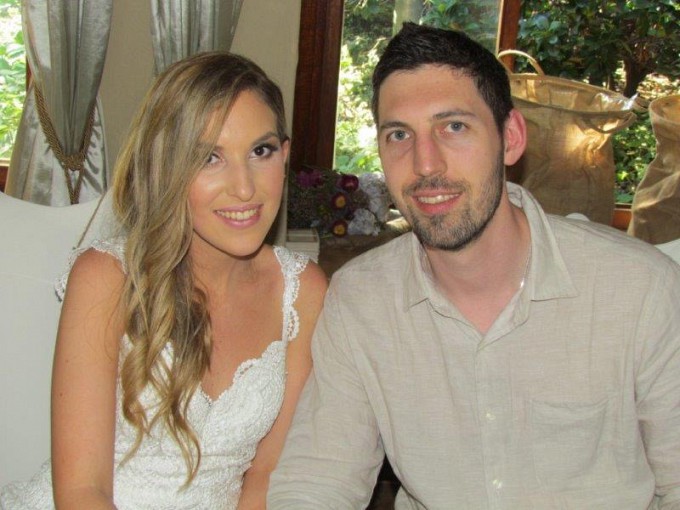 Lorelle and Tamir on their wedding day
Lorelle and Tamir Schwartz on their wedding day
We are both South African. We grew up in Johannesburg about 15 minutes away from one another. At one time when we were younger we grew up in the same street. We didn't know each other at all.
I made aliya six years ago by myself after my mom's death to cancer. I studied my BA at the IDC and then went on to study my MA at Tel Aviv university. I'm an elementary school English teacher.
My husband studied accounting in South Africa and came across an MBA program at TAU. He decided to come to Israel to study just for the year and planned to go back to South Africa. A mutual friend of ours who was studying with him and was taking a course with me thought to introduce us. I wasn't sure at first as I'd experienced my fair share of heartaches but in the end i decided to meet up with him.
We met at a bar in Tel Aviv two years ago and here we are now - married for four months. It's unbelievable that we grew up in the same place,went to the same synagogue, attended the same functions etc and never once met each other. Especially considering the fact that the Jewish community in South Africa is so small everybody knows everybody.
We had to fly across the world to meet and it's a match made in heaven. We now live in Ramat Aviv, have great jobs and a beautiful apartment. We are so blessed and it's a real shidduch.
'I found my French soldier on Facebook, 38 years later' 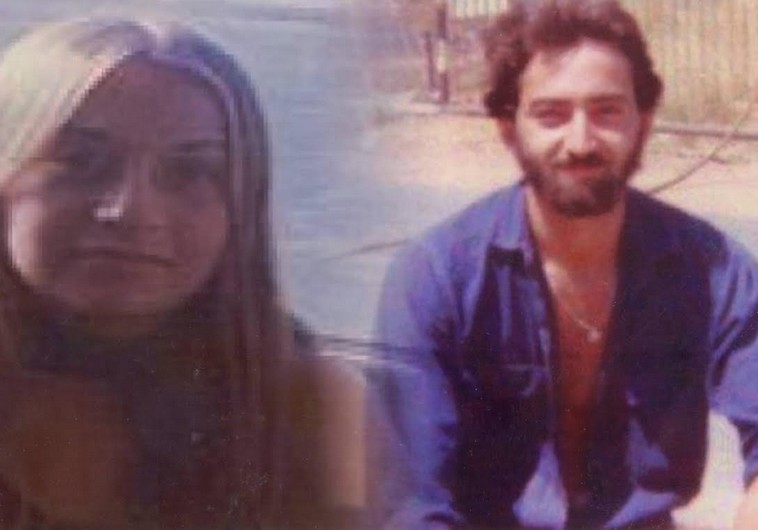 Judy and Bernard Efrati at Kibbutz Mayan Baruch, 1974
The year was 1973. I was 17-years-old and on tour in Israel with a group. We were staying in a kibbutz in the north. One night we were around a campfire when I noticed a young man staring at me. I was told he was French, but serving in the Israeli army. I don't remember what we talked about that night and during the following days. What I do remember was he that he followed my group to the next place we visited. One night while dancing in the disco in the Galilee , he walked in. We snuck him into our hotel room that night. I had to return to the US to finish high school and he was called back to Sinai. Neither one of us knew that war would come, but it did. For several months I heard nothing from him. I knew that as soon as I finished high school, I would return to him and Israel. I traveled first to Europe and met an Israeli who told me to go to his kibbutz. I didn't like the kibbutz in the north so I didn't stay there. This was a mistake because commuting back and forth to each other's kibbutzim became a hassle. That, however, was not the only mistake I made - I met someone else and broke it off with my French soldier without telling him why. I thought of him many times after. Thirty eight years later, I found him through Facebook. I am happy to tell you we are married and three years ago we went to Israel to remember how it all began.'It was love at first sight - at least for me!'Leron and Benjamin Khalifa Leron: I made my aliya on the 17th of January 2012 from India, all by myself. I was studying at Ulpan Etzion in Jerusalem where I met the love of my life, Benjamin, from Toulouse in France, who also made aliya alone - one day before me.Benjamin: When I saw this Indian girl with her long hair à la Pocahontas, it was love at first sight (you know, with the slow motion, the pink color and the blurred vision). However, it took me a while to get her: she rejected my advances for two months. I didn't give up and after an evening out "as friends" in the Old City, walking to the Kotel, eating a shwarma on the way... Hashem answered me. Leron: And truly I couldn't keep myself away from his love. Life in Ulpan made our love deeper and stronger. As olim hadashim, we were new to Israeli matters but together we could deal with everything, always smiling or trying to get the famous "Israeli patience". We dated for nearly a year until we decided to get married. Benjamin: We got married close to Yerushalayim, in the landscape I consider the most beautiful in the world: the hills of Judea. I will never forget that five years before my aliya I discovered with admiring eyes Bollywood dances and my father told me "bring one like that home." I, a Jew from the south of France who didn't know or meet any other Jew than Sefardic Jews from Maghreb origins answered "where do you want me to find her?"Leron: This Tu Be'Av will be exactly our 2 years wedding anniversary, 2 years of beautiful marriage. We were blessed in between with a baby boy, born in Jerusalem. We thank Hashem for all the beautiful things that have happened so far, for introducing me to my soulmate. It feels like I have known my better half for my entire life.